A History of the Turkish-Israeli Relationship 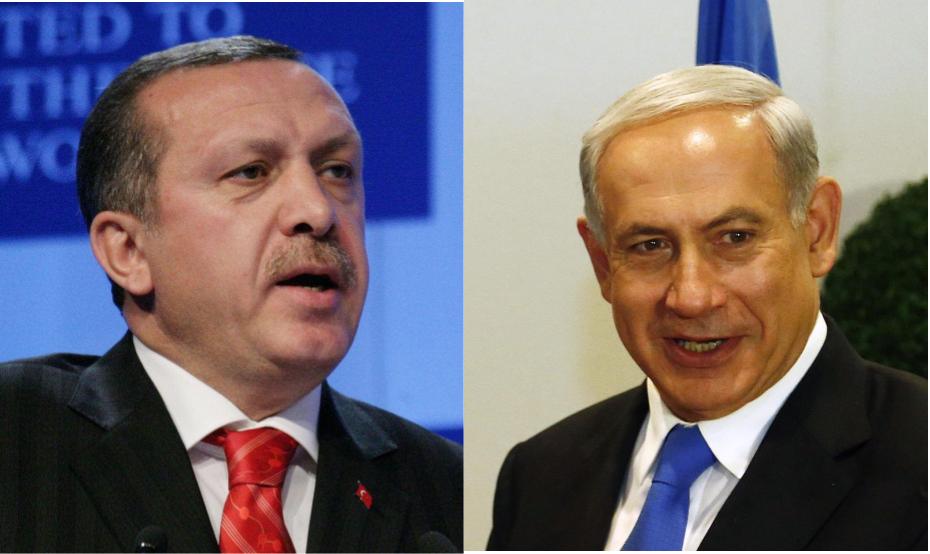 In 1949, Turkey became the first majority Muslim nation to recognize Israel. In 2018, Yair Netanyahu, son of Israeli Prime Minister Benjamin Netanyahu, posted a picture to Facebook with the writing “Fuck Turkey” shadowed by a Turkish flag. There is not one word to characterize the relationship between Turkey and Israel, at times it resembled amity, at others a fierce enmity. It is difficult to ascertain what accounts for the moving tides of the relationship; some attribute it to realpolitik prerogatives, others to the personal caprices of either country’s leaders. Either may contain a strong element of truth. Yet rarely is it the case that such dramatic changes in the attitudes of states can be fully explained in isolation from the underlying processes occurring within them. I therefore suggest that we attempt to open the black box of the Turkish state, and ask, what exactly happened in Turkey that could have had such a strong impact on the relationship.

As the Cold War reached its end, Turkey found itself in desperate need of new friends. The demise of the East/West divide rendered its NATO membership virtually unimportant and as such needed new ‘glue’ to hold it to the West. Israel was the obvious contender. Yet publicizing relations between the two countries would have been catastrophic for Turkey’s relations with its Arab neighbours. Fortunately, the 1990s saw great changes in Israeli attitudes towards the Palestinians. Under the leadership of Yitzhak Rabin, Israel signed the Oslo Accords in 1993, signalling its willingness to recognize an eventual Palestinian State in the West Bank and Gaza. This ripened the ground for the establishment of full diplomatic relations between the countries for the first time in 1992. Turkey provided Israel with diplomatic support, which was useful, in easing Israeli isolation and offered Israel geostrategic depth by allowing it to conduct aerial training exercises over its airspace. In exchange, Turkey gained support in its efforts to combat negative reports of its human rights practices, and was able to improve relations with the US and its European allies.

Many changes have occurred within the Turkish state by this time, the most obvious of which was the rise of a new force in Turkish politics, The Justice and Development (AKP) party. The AKP was novel in Turkish politics due to its strong commitment to political Islam, an unorthodox position in a nominally secular state.  The distaste of its leadership towards Israel became evident early on, with its leader, Recep Tayyep Erdogan comparing Israeli policies to those of Hitler in campaign rallies[1]. Yet it is questionable whether it was by force of the sheer will of the AKP’s leadership that relations went downhill. Of course, this time also saw a rise in violence between Israel and the Palestinians, the second Intifada had begun in 2000 and Israel had engaged Hamas in Gaza in 2006 as part of operation ‘Summer Rains’. Yet initial spells of cooperation between the leaders, which included a 2007 visit by Prime Minister Erdogan to the Yad Vashem holocaust memorial in Jerusalem, and a visit to Ankara by Israeli President Shimon Peres, would imply that the genesis of deterioration is not to be found in either event.

What, then, had so dramatically changed in the years following the ascendancy of the Justice and Development party? The AKP was revolutionary not only in its ideological conviction to Islam but also in its bold attempts to reshape Turkish society and governance. Particularly, Erdogan and then-president Abdullah Gul positioned themselves early on against a bastion of Kemalist and secular power, the security forces. Their strongest weapon, perhaps surprisingly, was Turkey’s bid to join the EU, which required it to subjugate the military to civilian organs. However, a secondary implication of this was the weakening of the security forces control over foreign policy.

Internationally, the sorest loser of this exchange was Israel. The security forces had kept a close relationship with Israel; beyond the obvious strategic benefits arising form joint training and weapons procurement, it also acted as a means of demonstrating the Western oriented and secular nature of the Republic[2]. Once free from the army’s influence, Turkish foreign policy, was no longer contingent on the strategic calculations or the personal wills of the forces’ leaders, but rather on that of the Turkish public. Unsurprisingly, pictures of bleeding Palestinians elicited much stronger responses from the crowds in Ankara than the prospect of purchasing recycled Phantom planes from the Israeli Air Force.

Transferring greater control over foreign policy to the state also meant that the AKP was free to use it as a tool to generate political capital at home. Erdogan, who largely campaigned on a “strongman” approach, sought now to establish Turkey as a regional power. His personal prestige, as well as support for him at home, became critically linked to his ability to appear a well-respected leader on the international stage. As such, in 2008 the Turkish ambassador to Israel presented then-Prime Minister Ehud Olmert with an interesting proposition, to act a mediator between Israel and Syria in an attempt to broker an agreement regarding the status of the Golan Heights. Olmert, himself in dire need of goodwill after the disastrous Israeli intervention in Lebanon in 2006, and under an ongoing corruption probe, promptly agreed. However, a week later while on break from negotiations, internal pressure within his Cabinet, particularly from Minister of Defense Ehud Barak and Minister of Foreign Affairs Tzipi Livni, forced him into a military intervention in Gaza, later nicknamed operation Cast Lead.

When Erdogan heard the news he was furious. This was no less than a public slap to the face. Having challenged Erdogan’s international prestige, one of the core pillars of his power at home, he had not recourse but to lash out. He immediately sent the entire Israeli delegation home and, in January of the following year, erupted at his co-panellist at the World Economic, Israeli President Shimon Peres, accusing him of crimes against humanity during Operation Cast Lead in Gaza.

To add insult to injury following the Marmara incident, In 2010 Turkey’s national prestige was again hurt in what became to be known as the “low chair incident”. Then deputy foreign minister, Danny Ayalon, summoned the Turkish ambassador to discuss a Turkish TV show depicting Israeli soldiers as murderers, and had him seated on a visibly “lower” chair to his. To top it off, circulating media images only showed the Israeli flag visible on the table during the meeting. Israel promptly apologized, but the damage was done. When Defense Minister Barak flew to Ankara to ease the tension Erdogan made it evident that he had no intention of meeting with him.

All this brings us back to May of 2018. Pictures of murdered Palestinian protesters in Gaza flood social media outlets. From New York to Ramallah crowds gather in the streets to protest what they see as a vile obstruction of human rights. In an address to the Organization of Islamic Cooperation (OIC) in Istanbul Erdogan denounces the acts of the Israeli army, calling them “in no way inferior to those of the Nazis” and decides to give the Israeli ambassador the boot. Photographers are invited to take pictures as the Israeli ambassador is asked to pass an unusually intrusive security inspection at the airport in Ankara. The next day Netanyahu junior uploads the photo to his Instagram story, he is immediately reprimanded, but the same day the Turkish ambassador to Israel is also kicked out, with pictures of his ID being checked at the foreign ministry circulating through social media.

Erdogan fires back and asks the OIC to boycott Israel and Israeli products. Nevertheless, Israeli-Turkish trade remains firm. Trade with Israel accounts for Turkey’s fourth largest trade surplus and is estimated to be worth an annual 2.96 billion dollars to Turkey, no small sum for a nation on the verge of economic crisis and in the run-up to an election, and that’s not including the 1.9 million Israeli tourists that pass through Turkey every year. It is easy for Erdogan to denounce Israel in front of a national audience and to flex his muscles in front of fellow Middle Eastern statesmen, yet consequential action against Israel appears to constantly have to wait until after the next elections.

Inbar Amit is a U2 student currently pursuing a degree in Economics and Political Science. Originally from Israel, he has an interest in Middle Eastern politics and the Israeli-Palestinian Conflict. When he's not writing for MIR, you could usually find him streaming soccer at Redpath or chugging coffee.