A Preview of Myth and Mayhem: A Leftist Critique of Jordan Peterson 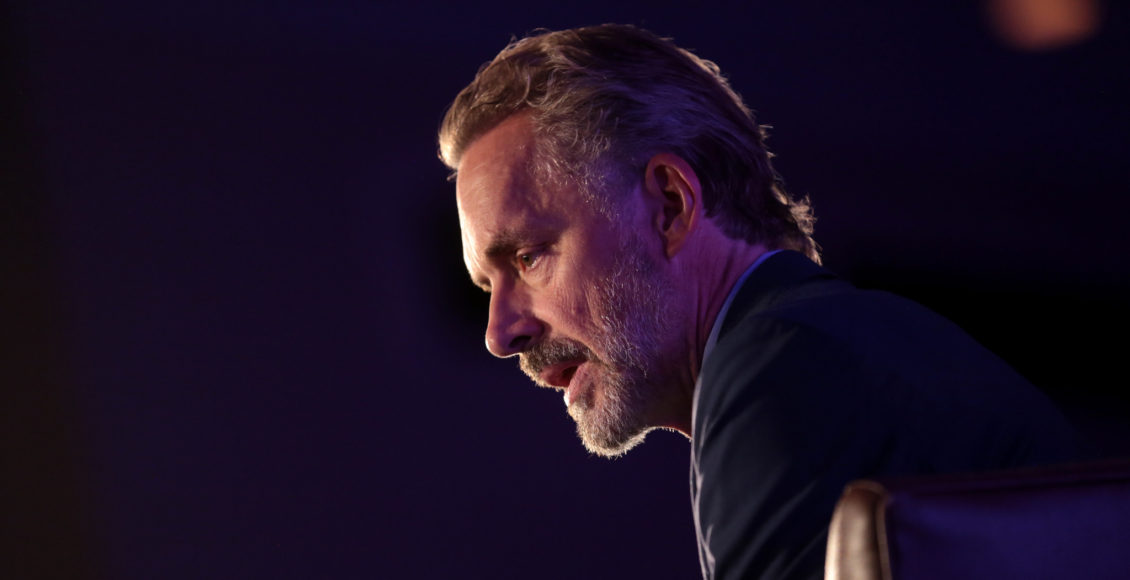 Jordan Peterson skyrocketed to fame in 2016 on the back of a well-received online lecture series primarily discussing the religious and psychological themes presented in his magnum opus Maps of Meaning, and more controversially his criticisms of Canada´s Bill-C 16.  While several legal scholars and officials took issue with Peterson´s draconian interpretation of the bill, it nonetheless won him a significant following on the political right. Adding fuel to the fire was his scathing comments on so-called “post-modern neo-Marxism,” which he associated with a radical leftist culture of nihilism and ingratitude.  Since then Peterson has gone on to publish the best-selling 12 Rules for Life and embark on a worldwide tour promoting his ideas and arguments to enthralled audiences and outraged activists. In 2019 things got a little shakier with Peterson being accused, including by the sympathetic outlet Heterodox Academy, of unwittingly serving as a gateway to the far-right due to his inflammatory rhetoric and unfortunate willingness to tolerate and even pose with bigoted figures at his talks. The latter cost him a prestigious gig lecturing at Cambridge University. But he also rose to new heights of attention via a debate with the left-wing Hegelian-Lacanian philosopher Slavoj Zizek, which played to a sold-out crowd and has been viewed several hundred thousand times.

Whatever one thinks of Peterson, he has clearly had an impact. And while his background is in psychology, his political criticisms of the left and advocacy of capitalism and a certain form of traditionalist classical liberalism — what is sometimes called support for “ordered liberty” — require a sustained answer from critics. Naturally, there have been a number of criticisms directed at Peterson from the political left; some of them very good, some of them a little too close to muckraking. But so far there has yet to be a systematic argument presented against Peterson by the political left, which takes seriously and critiques many of the different dimensions of his work. Our book Myth and Mayhem: A Leftist Critique of Jordan Peterson is meant to fill this gap. The authors took a deep dive into Peterson´s academic work, ranging from his books and papers to the myriad lectures and interviews, to provide a comprehensive rebuttal of his arguments against the left and for anti-progressive positions. In what follows I’ll quickly summarize the main arguments to give a flavor of the book, while introducing the main authors.

The Arguments of the Book

Myth and Mayhem is written by myself, Marion Trejo, Conrad Hamilton and Ben Burgis. It also includes a lengthy introduction by Slavoj Zizek. While each of the authors takes a different line in their criticisms of Peterson, drawing on their own philosophical and political orientations, there are two main categories of arguments we try to make. The first is that Peterson badly misinterprets the left. The second is that his own arguments for a kind of ordered liberty approach to society and insufficiently critical endorsement of neoliberal capitalism have serious limitations.

The introduction by Slavoj Zizek addresses some of the controversies surrounding his popular debate with Peterson, in particular addressing some critics. Zizek also tries to explain the appeal of the Canadian psychologist as resulting from tensions within post-modern societies and the ¨inconsistencies” of liberalism and capitalism. My own essay addresses the existential and philosophical dimensions of Peterson´s thought in Maps of Meaning and shorter essays such as “Religion, Sovereignty, Natural Rights, and the Constituent Elements of Experience.” I argue that while Peterson is right to take nihilism in post-modernity seriously as a political problem, his diagnoses ignore the role capitalist dynamics played in generating a world governed by the cynicism of instrumental reason and relativism. In particular how capitalism upends traditional ways of life through the commodification of the values — everything, even what was once sacred, now has a price — and transforming the material world around us.

Later in the book, Conrad Hamilton looks at Peterson´s criticisms of “post-modern neo-Marxism” and argues that Peterson´s interpretation is based on a very thin reading of left-wing philosophy. Not only does Peterson badly misinterpret figures like Marx, Derrida, and Foucault; his academic and popular work doesn´t even demonstrate a serious effort to read foundational texts in critical theory. Finally, Hamilton concludes with an analysis of Peterson´s debate with Zizek and gestures to some of the highlights. Marion Trejo´s essay takes on Peterson´s account of contemporary feminist theory and activism, and points to several holes in his polemics. Most egregiously he seems to interpret a relatively small but vocal segment of radical feminists as representing the whole of what is ultimately a very complex and broad theoretical and social movement. Trejo also criticizes Peterson for trying to have it both ways on questions of victimization. For instance, attacking the culture of victimhood which allegedly underpins feminist movements, while at the same time invoking rhetoric which suggests it is actually men who are the real victims of contemporary society. Finally, the logician Ben Burgis, author of Give Them An Argument: Logic For the Left, analyzes the argumentative structure of several well-known claims made by Peterson. Burgis points out that often times Peterson engages in slippery reasoning, in particular, his rather vague arguments that almost any positive invocation of Marx must be a forerunner to efforts to implement some form of Stalinist or Maoist political program. This is rather odd given Peterson is very willing to positively reference Nazis like Martin Heidegger — an often brilliant but highly problematic German philosopher — while demonstrating little charity or interest towards those who find value in Marx’s work. Marx himself never having lived to see the movements who invoked his name; unlike Heidegger who actively participated in the Nazi movement and later issued qualified apologies at best.

As mentioned, throughout the to and fro of these different positions, there are two main arguments we try to make. The first is that Peterson misinterprets or caricatures the left rather than actually engaging with the arguments of left-wing thinkers.  A good theoretical example is his conflation of post-modern theorists such as Derrida and Foucault with a broadly Marxist outlook.  To quote 12 Rules for Life:

Derrida, more subtle (than Sartre), substituted the idea of power for the idea of money, and continued on his way. Such linguistic sleight-of-hand gave all the barely repentant Marxists still inhabiting the pinnacles of the West a means to retain their world-view. Society was no longer repression of the poor by the rich.

This gets Derrida badly wrong. Derridean deconstruction drew a lot more on Heidegger (the irony), Husserl, and critiques of structuralist linguistics than Marx. Derrida famously didn´t even engage with Marx until the 1990s in a single book. Derrida also had little to say about either politics or power until the end of his life, the main focus of his famous research being language, writing, and pure philosophy. By contrast Foucault did indeed write a lot about power and politics. But Foucault rarely even talked about Marx, and actually expressed curious sympathy for neoliberalism at various points in his life. This isn’t to say that either author is beyond criticism. But Peterson clearly has a really thin understanding of what they’re talking about, and by extension, the left-wing activism he sees as being inspired by their work.

The second main line of arguments we make are against Peterson’s own political positions, which at least I interpret as supporting a form of ordered liberty. Peterson argues that capitalism is the most successful economic system in world history at alleviating poverty, and it does so in part by rewarding competence in a meritocratic fashion. In some respects the first part of what he is saying is right; indeed even Marx and Engel’s praised the capacity of capitalism to produce resources in The Communist Manifesto. The issue is whether it then distributes those resources in a manner that is entirely efficient, fair, and even meritocratic. This is where even liberal commentators like John Rawls in his Theory of Justice had harsh things to say about the status quo. Rawls points out that, whether one wins the genetic lottery through inheriting natural talents or by winding up in an affluent family, most if not all of the reasons some people get ahead and others fall behind are “morally arbitrary.” The beneficiaries did nothing to deserve their natural talents or head start, much as those who wound up losing the genetic lottery did nothing to deserve their disadvantages. This is why Rawls and other liberal theorists point out that a just and fair society would need to be doing a lot more to help the least well off.

Our aspiration is that the book is of interest to both critics of Peterson and (maybe) even his myriad followers. With that in mind, we’ve set up a website where interested commentators can submit short essays criticizing and even defending his work. This should prove a useful supplement to Myth and Mayhem, enabling more in-depth discussion and analysis of the issues.  Most importantly we want to offer leftists useful intellectual ammo in our ongoing dispute with the ascendant right, and pave the way for a resurgence in the new decade.

The featured image “Jordan Peterson” by Gage Skidmore is licensed under CC BY-SA 2.0.