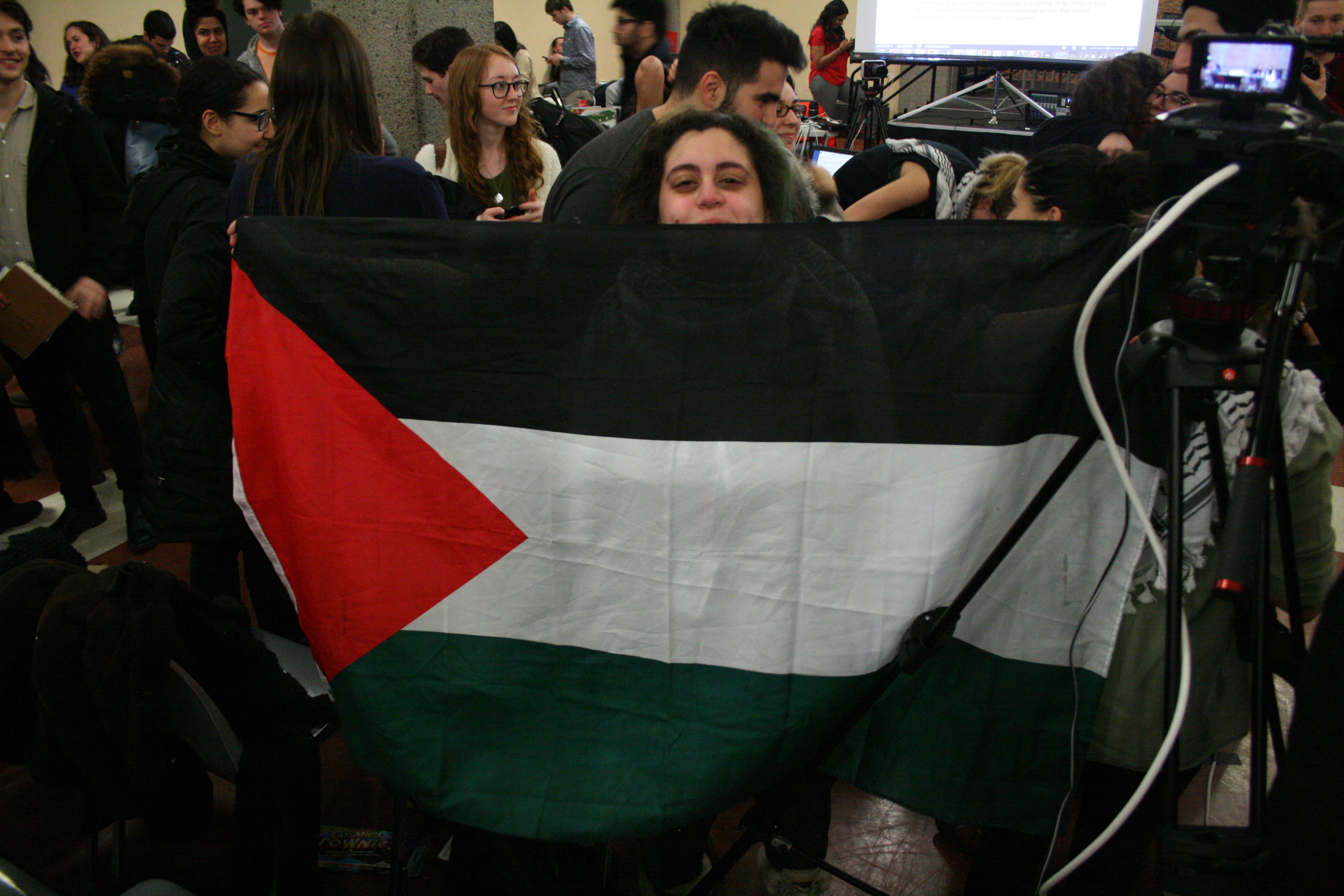 Following the failure of two previous motions put forth by Solidary for Palestinian Human Rights (SPHR) last year, McGill undergraduates passed a detailed Boycott, Divestment and Sanctions (BDS) motion at Monday night’s General Assembly by a wide margin of 512 to 317, with 14 abstentions. The motion, pending approval through an online ratification period, will explicitly call on SSMU to support campaigns associated with the global BDS movement through the office of the VP External. Moreover, the recently-created BDS Action Network has highlighted McGill University’s investments in three companies that are directly involved in Israel’s occupation and settlement of Gaza and the West Bank. One of these companies, the security and reconnaissance firm L-3 Communications, has directly supplied equipment to Israeli checkpoints and border crossings into Gaza, in addition to military engines used by Israel Defense Force (IDF) tanks in 2014’s Operation Protective Edge. 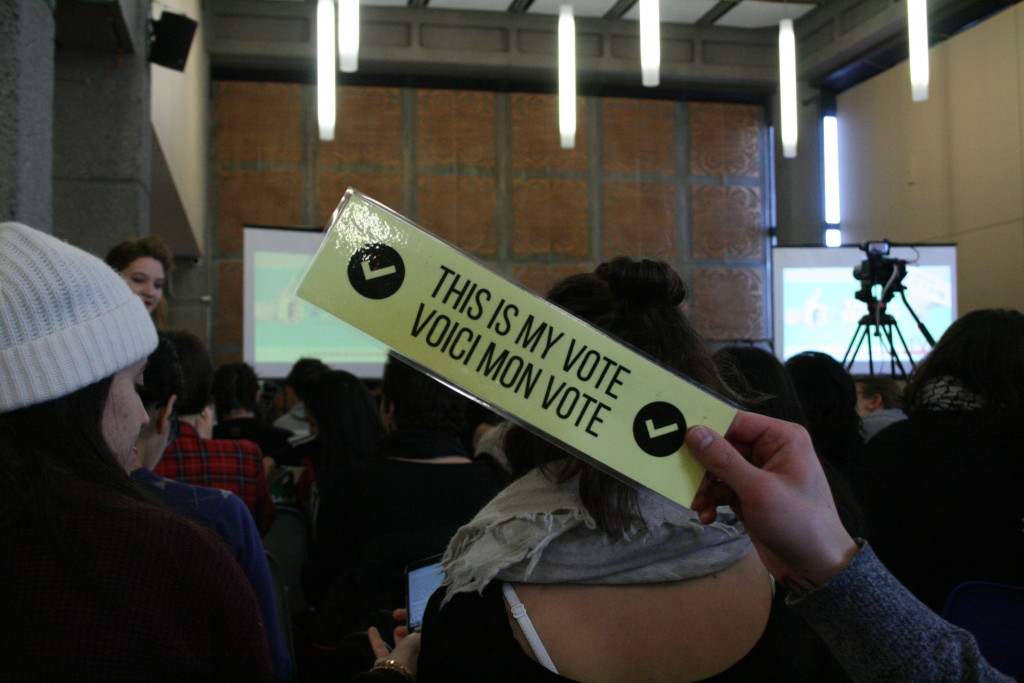 This BDS motion thereby lobbies the McGill Board of Governors for the “complete divestment of holdings in such companies and implementation of an investment screen that would prevent future investments in similar companies”1, in line with the mandate of the Board’s Committee to Advise on Matters of Social Responsibility (CAMSR). In passing such a measure, McGill joins a number of other North American institutions that have lent their support to similar BDS initiatives, including student unions at Stanford University and Northwestern University as well as the U.S. Presbyterian Church.

Hundreds of students lined up to enter the SSMU Ballroom hours in advance of the General Assembly’s 3 p.m. start time, and hundreds more watched the debate unfold by live stream from five overflow rooms. Debate was expectedly heated, with many speakers having to refocus discussion on the motion at hand rather than ideational implications of each position.

“The BDS Movement oversimplifies Israel,” Jordan Devon remarked. “Cultural boycotts only place the leftist movements in a marginalized position.”2 Meanwhile, Nadir Khan rejected the idea that the BDS Action Network seeks to divide the student population: “When one is neutral, there is a belief that one can avoid debates. That is not the case on this issue. McGill has already taken a stance…BDS is an opportunity for students to say, ‘No, I will not have my money go to fund armoured tanks’.”3 Around 5:30, the assembly unanimously voted to call the question and Chantelle Schultz successfully motioned to use secret ballots, adding, “People should feel safe to vote however they want.”4

When the result was read before the assembly nearly an hour later, the BDS Action Network and their supporters erupted in cheers before the ballroom. Overcome by emotion, one Palestinian student draped herself in the flag of her home country. BDS Action Network Co-Organiser Ralph Haddad, when asked what this result means for him as a McGill student and Palestinian solidarity activist, replied, “This vote means that we can finally counter the hateful polemic narrative on campus that marginalizes Palestinian students, and their supporters, with much needed institutional backing.”