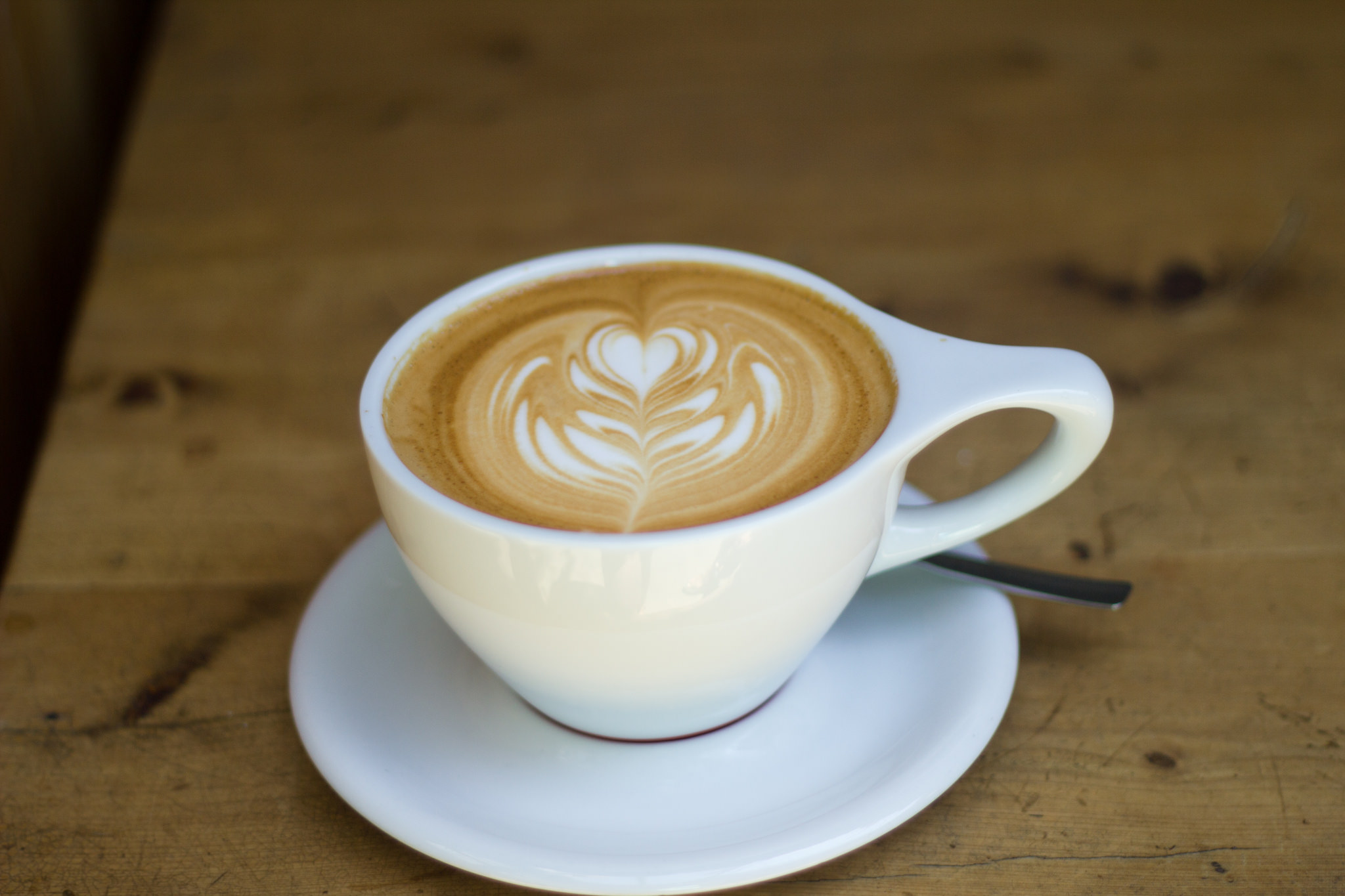 Development in most cases disguises itself as the advancement of society by creating a better atmosphere to live in terms of social and economic standards. In the case of urban development, new businesses selling higher value items seems beneficial for the surrounding community. The city invests more into neighbourhood infrastructure, food is generally healthier, and wi-fi is more readily accessible. However, gentrification can play a tricky role when it raises the prices of property and the cost of living. Cities and urban spaces around the world have always been home to lower-income immigrants seeking jobs in areas with more employment opportunities. Gentrification challenges lower-income neighbourhoods revealing a certain truth about the practice. With prices on the rise, perhaps urban spaces are no longer a haven for these struggling communities.

Gentrification comes in all shapes and sizes. According to the Urban Displacement Project by UCLA and UC Berkeley, gentrification is defined as “the transformation of a working-class or vacant area of the central city into middle-class residential or commercial use.” Gentrification can involve new businesses opening – to change an urban neighbourhood’s prior makeup – which can result in residential displacement. Residential displacement occurs when residents are forced to leave their homes due to eviction, service disruption, rent increases or disinvestment. New businesses with higher prices attract better-off customers and overall improve the neighbourhood’s status. Developers then grasp onto the up-and-coming neighbourhood by building more expensive housing that eventually raises residential prices. Residential displacement is an unfortunate truth when it comes to gentrification in most urban cities where the practice exists. By 2001, Montreal gentrification was concentrated in Old Montreal, Downtown, Westmount, Outremont, and the Plateau, with gentrified pockets along St. Laurent Blvd. and the Centre-Sud neighbourhood. Newly gentrified neighbourhoods like St. Henri show old brick buildings turned into trendy food markets, shops and cafes with high-end restaurants planted in between. St. Henri has traditionally been a low-income area in Montreal’s southwest borough with the highest concentration of social and community housing units in the city. In May of last year, a masked group spoke out against gentrification by vandalizing a newly-opened grocery store connected to a restaurant on Notre-Dame West, and pasting an anti-gentrification poster in the window. This clearly shows how inhabitants of a neighbourhood reject the influx of trendy cafes to preserve the old neighbourhood and avoid neighbourhood price increases. Although the restaurant claims to give to local charities and use locally produced goods, residents see past the remarks and view an intruder on marked territory. The city of Montreal recognizes how gentrification can be detrimental to many of their lower-income communities, and therefore passed a “one-in-six rule” that forbids new eateries to open up within 25 meters of an existing one. Some might accuse this law of being anti-small business and restrictive on cultural development, but in a way it protects the original tastes that make Montreal so unique.

On the other end of the continent, Los Angeles has been dealing with gentrification for decades with developers constantly hunting where to build expensive, newly renovated apartments next. Well-known and visited Angelino areas like Echo Park, Downtown LA, Venice, and Highland Park, are all targets of gentrification with stylish shops and overpriced apartment complexes that only a certain caliber could afford. These places are fad havens comprised of health juiceries, thrift stores, and grungy cafes. Unfortunately, the fad momentum speeds ahead into uncharted, yet-to-be gentrified terrain. High-priced residential units and cutting-edge restaurants have popped up in Chinatown, mixing up the scene a bit at the expense of tainting the original Chinatown experience. Sissy Trinh, executive director of Southeast Asian Community Alliance, explained to one radio station how the high-end supermarkets and live/work lofts where one bedroom goes for $2,000 or $3,000 are not for low-income residents of Chinatown. Building these properties could change the ethnic makeup of the area, and leave residents who have been there for years stranded to find more affordable neighborhoods. The solution to gentrification, a UCLA professor of urban planning Paul Ong explains, would be to add units of affordable housing options to the market to ultimately alleviate high prices and help find people places to live.

Apparently, California’s Bay Area has many more anti-displacement policies than Los Angeles does, revealing a sad truth about gentrification in LA. In MacArthur Park, also known as Westlake, the opposite of gentrification has been occurring with Los Angeles city not investing enough into the neighbourhood. The ethnic makeup of the neighbourhood consists of Mexicans and El Salvadorans with a rich community of families and street vendors. City developers realize the area has less potential than other parts of Los Angeles. Therefore, the city puts less money into the zone’s infrastructure and housing. Perhaps certain microeconomic development efforts need actualization in neighbourhoods like MacArthur Park rather than in high cost residential units that put low-income communities at risk.

The reoccurring debate of whether gentrification benefits or damages an existing community, continues as new, small businesses and pricey residential units are planned and built daily. Of course, neighbourhoods and demographics constantly change in cities across the country, but what does the mixing really achieve? Some may argue the altering of low-income neighbourhoods increases social diversity and generates social capital. It may also enhance productivity, greater employment opportunities, higher incomes, and overall improve the quality of life. The Equality of Opportunity Project finds that children growing up in higher-income neighbourhoods perform better in school by accessing more resources and avoiding dangerous activities that may lead to incarceration. They ultimately argue that the differences in upward mobility across low income and middle income neighbourhoods are caused by differences in childhood environment, or where and how they grow up. An experiment named Moving to Opportunity, gave vouchers to low-income families to move to better neighbourhoods. This led to substantial increases in children’s earnings as adults, increases in college attendance, and reductions in out-of-wedlock births. Could gentrification lead to more funding in public schools and ultimately lead to poverty alleviation? Moreover, does gentrification accomplish a mixing of cultures necessary to a better-functioning globalized society that community isolation does not? The long-term effect of gentrification may lead to poverty alleviation, but there still need to be solutions for short-term effects like residential displacement. More research on gentrification’s outcomes need to influence urban planning by perhaps leading the city to invest more in affordable housing. It makes sense that gentrification leads to cultural assimilation, but what about the immigrant culture that stood there before? Questions like these can only be solved when gentrification is looked at seriously by urban planners and municipal bodies that should be looking out for the small guy.

Gentrification, like any other form of change, poses real threats to already existing systems. Already-established networks among close-knit communities are deeply threatened by not only monetary disturbances, but also cultural unfamiliarity. Those moving into these neighbourhoods from the outside may see their presence as a form of cultural improvement disguised as fancy cups of coffee. Revealed by St. Henri’s vandalism, working class families already inhabiting the space tend to reject this micro-colonization. When comparing Montreal’s gentrification to Los Angeles’, it seems that Montreal respects and supports its low-income neighbourhoods by limiting the opening of more restaurants and other anti-displacement policies. Los Angeles, on the other hand, tends to gravitate more towards profitability than preservation. Both cities are widely different in essence, but Montreal notably seeks to maintain a certain city character by rejecting the Vancouver or Los Angeles skyline. Of course, more research on poverty alleviation needs to take place when considering gentrification, but next time think again before purchasing a latte at that recently opened cafe.