How Democrats Can Win Back the White House in 2020 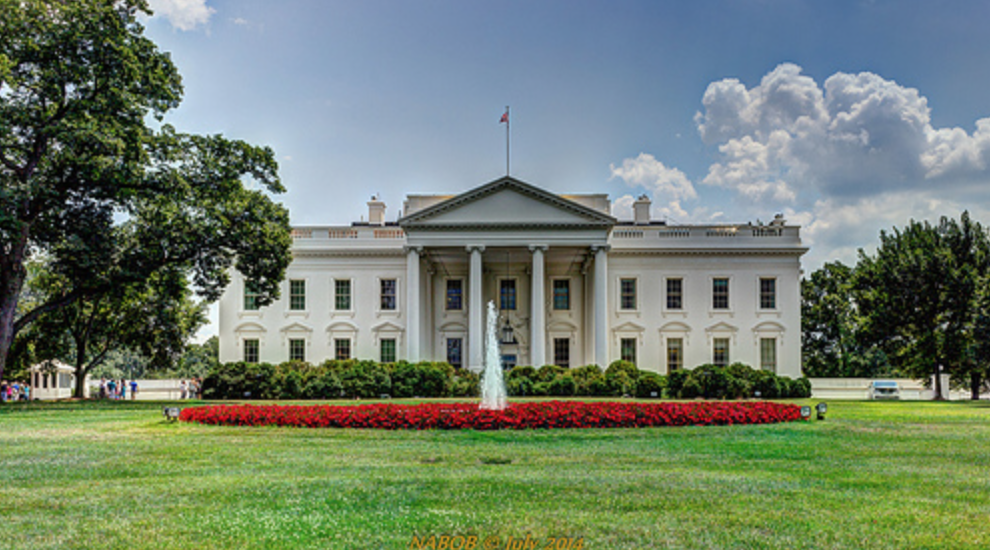 It was 3:48 AM on November 9, 2016 on the East Coast. The world sat in stunned silence as it watched Donald J. Trump become the President-elect of the United States . There was one question on everyone’s mind, the same question that would, ten months later, become the title of his defeated opponent’s newest book: what happened?

The election of Donald Trump to the White House was the catalyst for a storm of questions about the country that put him there, questions that, taken together, make up nothing less than a complete reexamination of the identity of American society. For Democrats, Mr. Trump’s victory has forced some painful, yet necessary conversations. The Democratic Party is in the midst of an identity crisis. If Democrats hope to win back the White House in 2020, they must deduce why their 2016 opponent in the presidential race was able to secure such widespread support. Then, they must concoct a strategy to convince American voters that they made a mistake by electing Donald Trump commander-in-chief and that Democrats, not their Republican opponents, ought to be trusted with political power.

At first glance, there are not many things that are clear about Donald Trump’s election. What is clear however, is that the President’s path to victory ran through the Rust Belt. President Trump carried Michigan, Wisconsin, Pennsylvania and Ohio, all states that President Obama won in 2012 . Together, these states are worth a total of 64 electoral votes. Had Hillary Clinton won those states, the final electoral vote count would have been 296 for Mrs. Clinton and 242 for Mr. Trump, which would have given the former Secretary of State the White House.

To understand how the President used this reality to win the support of workers in the Rust Belt, there is no better place to start than with his own words. On June 28, 2016, at a speech in Monessen, PA, then candidate Trump proclaimed that America’s political elites had abandoned the blue collar workers that had been the backbone of the American economy for generations. “Our politicians have aggressively pursued a policy of globalization – moving our jobs, our wealth and our factories to Mexico and overseas,” said the President. “Globalization has made the financial elite who donate to politicians very wealthy,” he continued, “but it has left millions of our workers with nothing but poverty and heartache”. This anti-elitist rhetoric, which painted establishment politicians as architects of a global economic system that has hurt workers in sectors that Rust Belt states have historically been heavily reliant upon, was arguably the central message of Mr. Trump’s campaign. His opening statement in the first general election debate focused entirely on the issue of outsourced jobs, and made explicit reference to the Rust Belt: “Our jobs are fleeing the country. They’re going to Mexico. They’re going to many other countries. […] Ford is leaving. You see that, their small car division leaving. Thousands of jobs leaving Michigan, leaving Ohio. They’re all leaving. And we can’t allow it to happen anymore.”

This messaging had its desired effect. In June 2016, immediately before the official kickoff of the general election season, a Marketplace and Edison Research poll found that 71% of Americans thought that the economy was “rigged” in favour of certain groups. On election night, a New York Times exit poll revealed that among those who felt that the U.S. economy was in poor shape, 79% voted for Donald Trump. CNN exit polls found that, among voters who saw international trade as hurting the U.S. job market, 58% voted for Mr. Trump in Michigan, 62% voted for him in Wisconsin and Pennsylvania, and 68% in Ohio. The significance of these numbers cannot be overstated. As hard as this may be to understand for the majority of Canadians, in the 2016 U.S. presidential election, Donald Trump was the candidate of jobs and change, not Hillary Clinton. It is this reality with which Democrats must grapple in 2020 if they hope to win back the White House.

In 2016, the ability to bring change was the most important characteristic of a potential president for 40% of Americans. Of those voters, an overwhelming 82% voted for Mr. Trump. For Democrats to come out of 2020 victorious, they will have to convince voters that they are the true party of change. To do this, they will have to listen to the voices of the American people.

What is truly amazing about these numbers is that they translate into public perception of politicians. On August 24, 2017, The Indepedent reported that Bernie Sanders, the longtime Vermont Senator and 2016 presidential candidate who has long championed all of the aforementioned policies, is the most popular politician in America. According to the Harvard-Harris poll that the newspaper cites, Mr. Sanders is viewed favourably by 54% of Americans. In fact, aggregate poll numbers collected by RealClear Politics suggest that Mr. Sanders leads by an average of 10.4% over President Trump in a hypothetical general election between the two men. In the Rust Belt, Mr. Sanders fares even better. In Michigan and Wisconsin,  RealClear Politics’ aggregate numbers have Mr. Sanders leading Mr. Trump by an astonishing 19 percentage point. Though that number drops to 12.7 in Pennsylvania and 5 in Ohio, Mr. Sanders’ popularity in the region that gave the President the victory in 2016 is clear.

What does this mean for Democrats going forward? It means that a shift to the left is in order. If Democrats hope to win back the White House in 2020, they must nominate a candidate who will be unapologetic in his or her advocacy for trade policies that protect American workers, massive investment in infrastructure, public healthcare, and tuition-free college. Not only will these policies benefit the Rust Belt voters that gave President Trump the victory in 2016, but they are explicitly favoured by a majority of Americans.

If President Trump’s path to victory in 2016 ran through the Rust Belt, Democrats’ path to victory in 2020 will depend on taking it back. The only way they can do that is by showing that they are listening to the voices of its voters. Those voters will not flip for Hillary 2.0. What they want are good jobs, living wages, healthcare, and an opportunity to educate their children. If Democrats will be their champions, they will be rewarded at the polls. If not, we may be looking at seven more years of President Donald Trump.