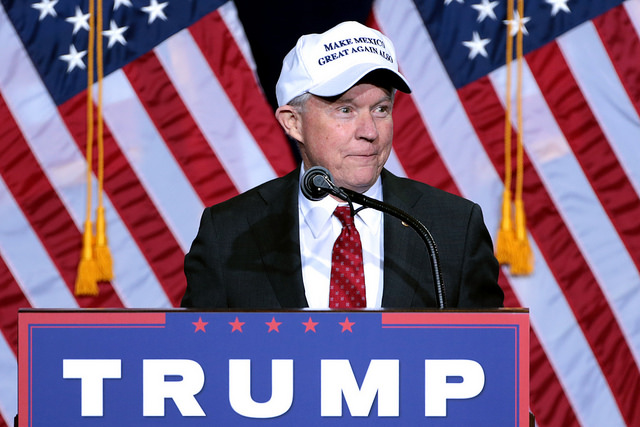 Last Saturday, President Donald Trump sent out perhaps one of the strangest tweets of his presidency thus far. He alleged (somehow misspelling “tap” in the process) that former President Obama had tapped the phones at Trump Tower to gain campaign intelligence during the election, comparing it to the Watergate scandal that saw President Nixon resign. Perhaps the most interesting facet of this allegation is the fact that President Trump refused to provide a single shred of evidence pointing to Obama’s wiretapping activities. Allegations of such a serious nature ought to be well-researched, investigated, and backed up by at least some fact before being publicized.

Trump could know more about this than anybody else though, right? After all, the president has access to high-level classified intelligence briefings. However, this logic doesn’t apply at all to the wiretapping claims. James Comey, director of the Federal Bureau of Intelligence, spoke up immediately after the tweet was released, calling for the Justice Department to denounce President Trump’s claims. The FBI director would be the first to know about and investigate these happenings if they had any basis in reality. Thus, Comey’s condemnation reveals that Trump is absolutely out of control when it comes to disregarding the truth. Multiple intelligence officials, including those with contacts in the Department of Justice, have confirmed that the Obama administration did not spy on Trump. Why then, did President Trump embark on this Saturday morning tirade if it was built entirely on falsehood?

This is not an isolated incident. President Trump manipulates public outrage to distract people from the scandalous and factual happenings of his administration. This pattern of distraction and deception could not be clearer. A fantastic Washington Post article from November shines the spotlight on examples from Mike Pence’s war with the musical “Hamilton” to Donald Trump’s Twitter crusade against moderator Megyn Kelly after his dud of a debate performance. The Trump strategy is to find the most provocative, baseless, and divisive means to enrage the American people.

The pattern is a known quantity, yet this weekend it worked again. One of President Trump’s top campaign supporters, Attorney General Jeff Sessions, has been embroiled in a scandal over the last week. After denying any contact with the Russian government, it was revealed that Sessions had attended multiple meetings with the Russian ambassador. In a vacuum, this serious lie would be enough to discredit Sessions’ mandate. However, amid the backdrop of active Russian involvement in the United States election last November, these ties become even more damning. The same intelligence community that President Trump continuously tries to discredit concluded that the Putin administration used propaganda, cyber attacks, and a variety of other tools to promote the Russian agenda during the election. After the recent resignation of former National Security Adviser Michael Flynn over his ties to Russia and the earlier dismissal of former Campaign Manager Paul Manafort over similar ties, Sessions’ meeting and subsequent dishonesty suggests even deeper and more nefarious Russian involvement within the Trump administration. Last week, news broke that President Trump’s son in-law and chief adviser Jared Kushner also met with the Russian ambassador. As the incriminating evidence continues to mount, Trump turned to his distract, deceive, and repeat strategy.

All of a sudden, people are no longer talking about the fact that the Attorney General lied about a national security issue. The issue on everybody’s mind now is Trump’s outrageous claim of Obama wiretapping Trump Tower, a complete lie. Instead of focusing on mounting evidence of this administration’s links to a meddlesome geopolitical rival, the media and the public are talking about a set of preposterous allegations. The allegations, while dangerous in their own regard as a harbinger of today’s post-truth climate, are a part of the Trump strategy. Combating this pattern of dishonesty requires calling out the administration’s tactics and continuing to pressure them on the real issues. If nobody combats this strategy head on, there’s no telling what President Trump and his cronies might get away with.