Ethiopia’s Turmoil: the Violent Consequences of the Peaceful Reforms

The reason why P.M. Ahmed's progressive reforms are not securing the expected outcomes 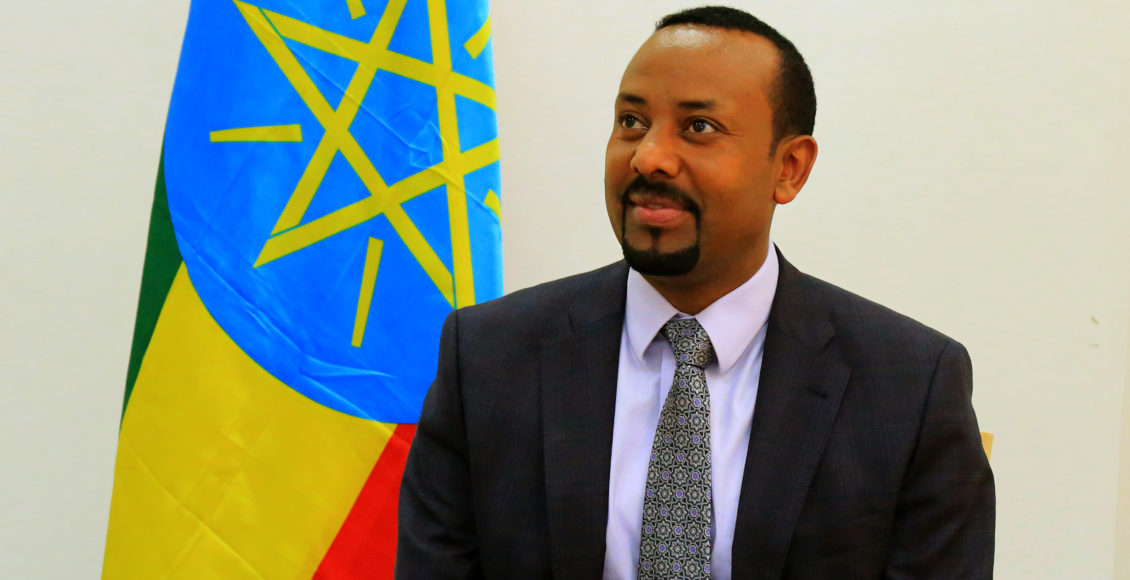 The current situation in the Horn of Africa reveals that the past few months have been charged with a multitude of events that greatly affect the political and social stability in Ethiopia. The return of many Oromo rebels have heightened the violence between ethnic minorities, the Tigrayans and Somalis, and the Oromo majority. This rise in ethnic tensions has resulted in inter-communal clashes, damages to public and commercial infrastructures, disruption in the provision of basic services, the illegal detainment of civilians  and the massive displacement of more than 50 000 people. In less than nine months, the country has witnessed a humanitarian crisis with multiplying devastating repercussions.  At a time when social progress, such as the election of the first female president and that of the first Oromo prime minister,  should be paving the way for a greater vivre-ensemble, the ethnic differences are resurfacing and giving rise to conflicts that are halting social improvements.

In April 2018, the young and enthusiastic Abiy Ahmed became the prime minister of Ethiopia following the unexpected resignation of the former prime minister, Hailemariam Desalegn. During the latter’s governance, hundreds of people died because of increasing tensions in the Oromia and the Ahmara regions and the failure to contain the intensified violence following anti-government protests. While higher-up political positions are usually occupied by the 6% of Tigrayans, Abiy Ahmed, the leader of the Oromo Democratic Party (ODP), was able to secure for himself a leading position by means of those protests and  became the first Oromo-native to take power since the fall of the socialist government in 1991. His charisma, his accessibility and his educated background in peace and security studies certainly played in his favor and shaped his visionary plans for the future of Ethiopia.  As soon as he assumed the title, he sought to change the political situation by transforming the inefficiently-led nation into a fully functional state. He revamped the entire cabinet and fired many reputable politicians, unblocked media channels and services and allowed many dissidents to come back home. Last but not least, he reconciled relations with Eritrea after a decades-long war and even entered  procedures to establish bilateral ties. The population of Ethiopia rejoices at the idea of a prime minister who listens and considers the voice of the majority.These democratic and peaceful reforms have been welcomed by many as the supporters expressed that Ahmed will lead the country towards greater political and economic opportunities. Contrary to the expectations however, the results are showing increasing political conflicts and governmental control over the population.The latter suggests that because many democratic reforms have been effective at the same time, they are too precipitated for the political nature of Ethiopia. The conservative government which rules over a conservative population requires moderation to reach, but also to stabilize an efficient and peaceful implementation of progressive reforms.

To understand how the prime minister’s reforms have failed to secure the intended outcomes, one must   first familiarize with the political organization in Ethiopia. In 1991, the Ethiopian People’s Revolutionary Democratic Front (EPRDF) composed of the Oromo’s People Democratic Organization (OPDO, later became the ODP), the Amhara National Democratic Movement (ANDM, later became the Amhara National Democratic Party, ANDP), the Southern Ethiopian People’s Democratic  Movement (SEPDM) and led by the Tigray People’s Liberation Front (TPLF) overthrew the Marxist-Leninist party, Dergue to liberate the nation from the oppressive fascist dictatorial regime. They advocated for “revolutionary democracy” , an ideology that aims to foster unity among Ethiopians. As a response to the persistent ethnic clashes, they implemented an ethnic federal system of governance with the goal of allowing each ethnic group to organize themselves and represent their respective interests.Consequently, the country divided into the four ethnic lines that are represented in the EPRDF.In practice however, the political organization has almost entirely contributed to the weakening of the Ethiopian identity and rather lead to greater social division among ethnicities. Scholars who have studied the history of EPRDF found that the Tigrayan-led government has engaged in a number of state terrorism, genocide and political repression against the majority, the Oromos. The Oromo Liberation Front (OLF), a coalition group that emerged in the 1970s to counter the socialist government, advocated for the right to self-determination of the Oromo people. Following the post-Marxist-Leninism regime, they rivaled against EPRDF as they claimed Oromos were poorly represented within the government, thus unable to bring about reforms and progress for their ethnic line. Additionally, they  felt marginalized from economic opportunities and targeted for violation of their rights. As a result, they began to carry out many attacks. In 2011, the government banned the coalition and declared it a terrorist movement. Members of OLF were considered rebels and thereby exiled to Eritrea, where they found refuge as political prisoners.

When Ahmed established amicable relations with Eritrea and allowed the return of political prisoners, he hoped that under an Oromo leader peace would be reinstated in the country. Such was not the case however, in parts because of the federalized ethnic division. Although the system is argued to foster unity among Ethiopians, history shows it promotes an agenda that favors an ethnic group at the expense of another. Tigrayans would certainly agree; they oppose Ahmed’s reforms because their loss of predominant access to power puts them in a disadvantaged position for the first time in over three decades. Further threatening the unity of Ethiopia are the claims of Oromo secessionists, who equate Abiy Ahmed’s opposition to separate the Oromo region from the rest of the country with treason.While Ahmed’s reforms are well-intended, the country can only adapt to so many changes in a short-period of time.

Since the arrival of OLF separatists, the longstanding ethnic tensions have rekindled and their attacks have proven to be systematic. The most threatened groups are the Tigrayans and Somalis, who both constitute minorities in Ethiopia. The government has so far been unable to contain the violence ignited by the return of an estimate of 1,500 rebels, a number that is growing. While Ethiopia has been engulfed in ethnic unrest for over three years, it is no longer the eastern side of the country that is under attack, but rather the southern and western parts and, progressively, the capitol, that are undergoing chaotic invasion. OLF members have vandalized Addis Ababa with the colors of their flag, marking buildings and public infrastructures with red and green to signal their presence. Additionally, Ahmed’s other visionary reforms have contributed to the group’s expansion as the lift on media sanctions and the security initiatives have provided much maneuver for rebels to commit murders with the induced confidence that they cannot be indicted. An attack by the Oromo group generates approximately twenty to sixty deaths. In the beginning of October, Oromo rebels caused the death of forty-four people and the subsequent massive displacement of 70 000 people. To counter such acts, the government has made security its number one concern, but in the immediacy of resolutions, the methods employed are not only illegal and harmful to the population; they  justify the increasing number of killings.

In late September, the government undertook a program aiming to educate the youth about the constitution, the laws and the meaning of the rule of law. This was in response to rising criticism regarding the government’s failure to deal with the increasing ethnic violence. To say the least, this program has been widely contested due to its recruitment process, in which young men are kidnapped in the streets and brought to military camps. About 3, 000 young men were abducted and released only on October 18.  As the government arrested thousands of people without charges, some for minor and petty offenses, the pressing concern is where the government draws a line between the pursuit of social and political reforms and the intensive control over the civilians. This further begs the question of whether or not the government is intending on securing the lives of its people and promoting harmony among ethnic groups. After analysis of Ethiopia’s on-going  crisis, the ethnic tensions do not reflect ethnic conflicts per say, but rather  political conflicts because official parties, coalition and especially rebel groups use ethnicity as a mean to political ends.The OLF for instance exists solely to give more rights to Oromo people, a cause that would not require as much attention if ethnic division was not federalized. Overall, the autocratic nature of Ethiopia’s government combined with Ahmed’s pursue of liberal reforms are not converging towards the ultimate goal of security and peace. This is an indication of the urgent need to consider a different approach for addressing social divisions that are deeply embedded within the Ethiopian culture. A suggestion for Ahmed’s administration is to change the federal system so it  no longer reflects ethnic division. The government could encourage the creation of multi-ethnic political parties which would incite the population to consider political ideas at the expense of the ethnic origins of political  individuals. As the leading African country in economic growth as of 2018, Ethiopia has experienced much improvements since the revolution in 1991. However to equate economic growth with social progress, the country will need to unite at last and redefine  the Ethiopian identity.