Fidel Castro’s Lead Role in the Cast of Latin-America 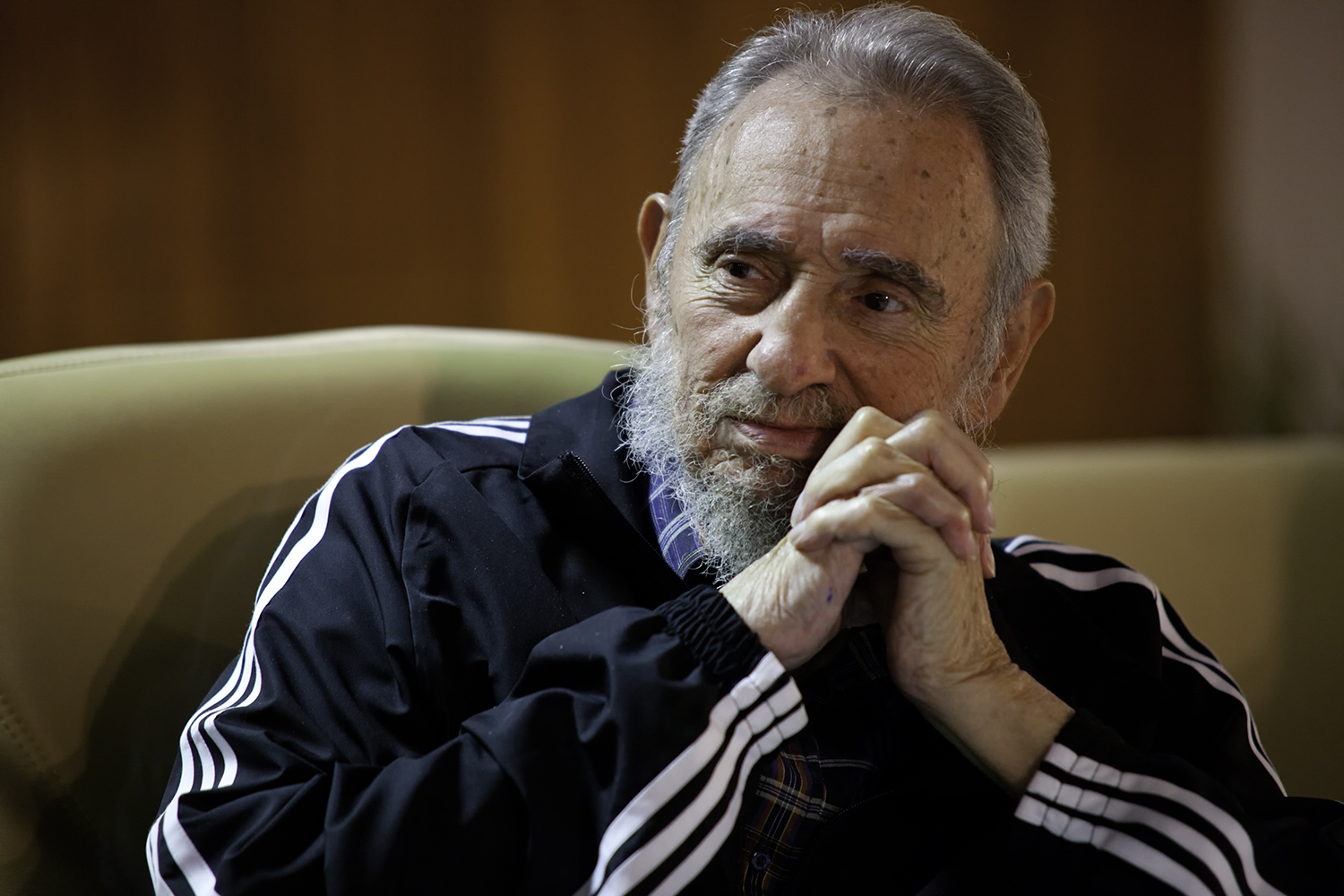 A man you could look to with sheer disgust. A person of power walking under a rain cloud of ignorance with the thought of human rights in the puddles under his feet. The Cuban dictator, Fidel Castro, held a long 57-year legacy that stemmed worldwide especially within the midst of Latin America. Some may call it a revolution, others a totalitarian nightmare, but at the end of the day, one cannot just dismiss considerations of how Castro’s influence impacted Latin America more than any other.

From Venezuela to Brazil, Castro’s leadership radiated in the politics of Latin American countries and even influenced the countries’ respective leaders. Venezuela is one of the prime examples of the diffusion of Castro’s ideals. In fact, a three-day period of national mourning was issued after Castro’s death. After the collapse of the Soviet Union in 1991, Cuba needed an economic push for the coming years and all eyes were turned to Hugo Chavez. The past Venezuelan-leftist leader, Hugo Chavez, was considered a political disciple under Fidel Castro and both showed a distinct fondness for one another. The Cuban-Venezuelan brotherhood stemmed from Chavez’s visit to Havana following his release from imprisonment in 1994. It was a casual two-week visit filled with friendly banter and a shared resentment for American sovereignty. Despite the briefness, it was the start to a beautiful, Latin relationship that truly blossomed once Chavez was elected as president in 1998.

Former Venezuelan president, Carlos Andres Perez, left his country in an economic nightmare due to loans from the International Monetary Fund, leaving Chavez with the formidable task of reviving the Venezuelan economy. Perez was eager to strengthen his country’s free market economy like many other Latin American leaders at the time so the IMF encouraged these countries to adopt neoliberal economic policies. Unfortunately, resources towards social and economic equity were butchered in the process and loans were taken from the IMF as well as other private international banks. A $22 billion debt was the disease that drastically lowered the Venezuelan social-economic standard of living, and Castro was the cure. Coincidentally successful literacy rates as well as healthcare in Cuba were at an all time high; it was thus only natural for Chavez to knock on Castro’s door for a cup of social-economic sugar. Chavez and Castro struck a deal; because of the collapse of the Soviet Union, Cuba needed economic assistance.

In exchange for providing medical, educational, and even military services to Venezuela, Chavez would ship barrels upon barrels of oil to Cuba. Castro’s assistance was vital in Venezuela’s economic reform as well as in influencing Chavez towards a Cuban-eqsue leadership. Needless to say, their relationship was tight-knit. As described in a 2005 Cuban Newspaper article, Chavez regarded Castro as a “father, a companion, a teacher of perfect strategy,” influencing Venezuela within policies that could make Castro blush. Even when it came to U.S.-Venezuelan relations, Chavez wasn’t very fond of the Washington Policies due to how Perez’s neoliberal policy venture left Venezuela. Castro especially had the United States pinned on the center of his dartboard, and Chavez was quick to side with his Cuban comrade, becoming even more critical of U.S. international policies. This strengthened the bonds of Cuba and Venezuela and is a prime example of how tightly Hugo Chavez was wrapped around Castro’s finger.

Across Latin-America, Fidel Castro’s leftist mindset contrasted the many ideals of other country leaders. Primarily, after the Cuban Revolution, Operation Condor came into full effect in order to eliminate communist-minded groups, with Chile being  a primary leader in this operation. Similar to  Fidel Castro’s rise  to power, Chilean division general, Augusto Pinochet led a coup d’etat to overthrow the Marxist leader of Chile, Salvador Allene, before Operation Condor took place. Despite a few parallels in their rise to power, the differences are  still evident between the two leaders with Castro’s methods coming out on top. Pinochet created a military junta out of the political remains of Allene. This form of government proved to backfire because staggering Allene loyalists still tried to maintain the resistance, prompting internal conflict within the junta. Instability of his own control and political conflict rose to even higher levels when laws and violence targeting people who opposed his ideals grew stricter.

In fact, when opposition leaders demonstrated a need for political change within Pinochet’s dictatorship, they were shut down by military forces. This unpopularity stiffened within Chile, and culminated in a successful  campaign removing Pinochet from power with 55% voting him out. Pinochet’s unwillingness to return Chile to a democracy was tantamount to throwing gasoline to an already burning fire and the one time he tried any form of democracy resulted in him dethroned from his power over Chile. Although Pinochet’s efforts to better the Chilean economy proved successful, his career as a leader was a short-lived internal war.

In contrast, Fidel Castro’s rise to power with his one-party government benefited not only him, but also the country in the long run. Although this form of government scared some of the middle to upper-class citizens away from Cuba, Castro emphasized strengthening social economic services to every Cuban with no fees or strings attached. Like Pinochet’s run in power, Castro’s political career as a leader was met with opposition. This dissent was punished with thousands of Cubans being sent to abysmal prisons and many killed. Fidel Castro knew how to control his country, even if it the methods were unethical and downright disgusting. It is completely viable to regard his legacy as a nightmarish dictatorship in regards to humanitarian and ethical choices, but as a man clearly revolutionizing a country, and having done so for so long, is nothing to scoff at.

Fidel’s influence and legacy trumps that of almost any Latin-American leader. Enduring many assassination attempts along with international issues involving the U.S. made Castro look like a beacon of hope in the eyes of Latin-Americans that shun U.S. imperialism. His Cuban revolution spurred many benefits for the Latin American communities such as CELAC which benefited Ecuadorians with feasible education and medical assistance. It is a matter of perspective when looking at what Fidel Castro has done for Cuba, let alone the Latin-American population. His mindset is questionable, but his impact in comparison to other Latin-American leaders makes him a valedictorian among his fellow graduates.