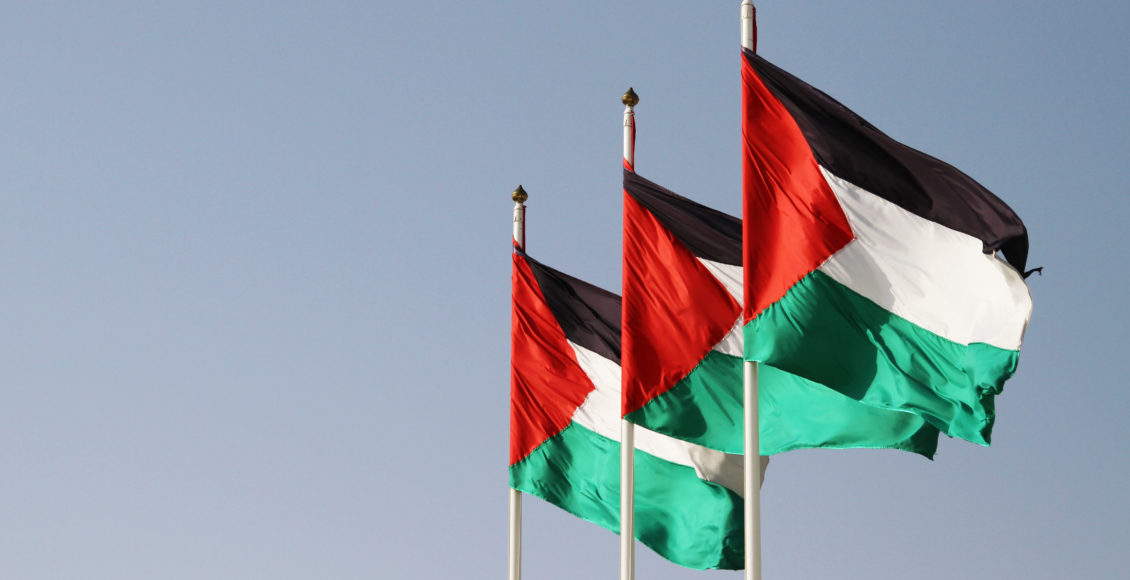 On April 24, 2018, twenty-eight-year-old Ala’a Zaqeq and his pregnant wife traveled to Beit Umar to visit his in-laws’ house in the al-Aroub refugee camp. A few minutes after he arrived, the house was raided by officers from Palestine’s intelligence forces, who arrested him and his brother-in-law. Upon arrival at the detention facility in Jericho, Ala’a was confronted by a man referred to as the “Juicer”, who began asking him about his activities with the Islamic bloc, a Hamas affiliated student group, at the university where Ala’a studied. When Ala’a answered unsatisfactorily, the Juicer subjected him to Shabeh, a form of torture wherein one is forced to lie in uncomfortable positions, tied and handcuffed for extended periods of time. Following three weeks of detention, and after falsely testifying to having financed the bloc at the university, he was released on a 200 Jordanian Dinar (370 CAD) bail.

It should come as no surprise that the Palestinian Authority cracks down on basic freedoms and resorts to torture of those it considers a threat to the regime. At 82 years old, its President, Mahmoud Abbas, is entering the fourteenth year of his presidency, despite being elected for a four-year term. A senior adviser to Mr. Abbas, Mohammad Shtayyeh, previously told the New York Times that Mr. Abbas had no desire to continue ruling, but that “he simply could not leave because of the divisions in Palestinian society”. These divisions, tracing their roots to the 2006 split of the Palestinian Authority into the Hamas-controlled Gaza Strip and the Fatah-controlled West Bank, have been at the heart of Palestinian politics for over a decade, and have contributed to a significant decline in democratic freedoms within the Authority.

The creation of the Palestinian Authority in 1993 ushered in the promise of Palestinian self-determination on the national as well as individual level. Israel agreed to secede its sovereignty over parts of the West Bank and Gaza to a civil Palestinian administration governed “according to democratic principles” through “free” elections to a legislative council and presidency.

Indeed, the first nationwide elections took place in 1996 and saw a landslide victory for Fatah, under the leadership of Yasser Arafat. Fatah, established in 1965, had become the dominant force within the Palestinian Liberation Organization, and promoted a secular and moderate form of Palestinian nationalism. Former U.S. president Jimmy Carter personally monitored the elections and pronounced them “democratic”, “open”, “fair” and “well organized” despite Arafat winning 88% of the popular vote. This, after all, was hardly surprising given Arafat’s standing as a national hero in Palestine. Having chaired the Palestinian National Liberation Organization since 1967, Arafat’s name had become synonymous with Palestinian liberation. Yet Arafat also did not face significant competition. His only opponent was Samiha Khalil, an elderly woman seen by many as a prop. James Woolsey, a former CIA director under Clinton, elegantly captured the inherent lack of competition to the elections, joking that “Arafat was essentially ‘elected’ the same way Stalin was, but not nearly as democratically as Hitler, who at least had actual opponents”.

The following national elections, slated to take place in 2006, occurred in a much different climate. The peace-process was in a standstill, the Second Intifada had claimed the lives of about three thousand Palestinians, and most importantly, Arafat had passed away and named a much less charismatic Mahmoud Abbas as his successor. At the same time, Hamas, a party founded in 1987, was quickly gaining popularity. An offshoot of the Muslim Brotherhood, Hamas offered a religious and more openly violent alternative to Fatah’s secularism and willingness to compromise with Israel. Additionally, a basic law enacted in 2003 created a semi-presidential system which prevented the president from freely selecting his cabinet. Rather, the premiership and cabinet would be determined by the largest party in the Palestinian Legislative Council [1].

The 2006 parliamentary elections produced a humiliating defeat for Fatah and President Abbas, who had just barely been reelected to the presidency a year before. Hamas, chaired by Ismail Haniyeh, won 74 out of 132 seats to Fatah’s 45. The two parties’ half-hearted attempts to create a national unity government quickly fell through and the country disintegrated into civil war the following year. Hamas took control of the Gaza Strip and began a brutal campaign of mopping up Fatah supporters and functionaries. In the meanwhile, Mr. Abbas declared a state of emergency and dissolved the three-month old government. The two rival centres of power further divided the Palestinian people, and signalled the end of the nascent democracy. In the absence of reconciliation between the parties, neither wish to see national elections which may compel them to cede power.

Following months of intense negotiations, Fatah and Hamas signed a comprehensive reconciliation agreement in 2012 in Doha. The two sides agreed to create a national consensus government and to prepare for elections that would take place in the following year. Yet within months, negotiations over the terms of the election collapsed. A Hamas spokesman accused Fatah of duplicity, and the Islamist group withdrew its support and announced it would boycott the 2012 local elections.

Despite the boycott, out of the eleven West Bank districts, Fatah was only able to win six, and lost traditional centres of power in the cities of Ramallah, Nablus and Jenin. Polls conducted before and after the election provided a sobering picture of support for Fatah among the general population. In 2011, nearly 70 percent of Palestinians said that they trusted Fatah; by 2016 that number had dropped to roughly 50 percent. A poll conducted the same year showed that 65 percent of Palestinians wanted Mr. Abbas, at the time 11 years into his elected four-year term, to resign as president of the Palestinian Authority.

Further attempts at reconciliation led to the signing of an agreement in 2014 to form a national unity government headed by President Mahmoud Abbas, yet it quickly collapsed a year later after the President said he felt unable to exercise sovereignty in the Gaza Strip. The most recent agreement, signed in 2017 in Qatar following months of intense lobbying by Egypt, the UAE and Qatar, scheduled national elections to take place by the end of 2018. Yet, so far, little progress has been made, as both parties disagree over the interpretation of the agreement, and no official date has been set for the elections. Despite one agreement followed by another, it appears as though no party wants to give up its power.

In the absence of a reconciliation agreement, and with rising fears that it may not survive a nationwide election, Fatah has increasingly turned to curtailing Hamas’ influence through targeted attacks on Palestinian civil society. A recently published report by Human Rights Watch claims that in the past four years, Palestinian security forces have carried out scores of arbitrary arrests of government critics, and most notably those suspected of being Hamas supporters. The arrests are not limited to political figures, but include journalists, students and those who criticize the government on social media. Most of the detentions are justified by relaying on overly broad laws that criminalize activity such as causing “sectarian strife” or insulting “higher authorities”, thereby further shrinking the space for free speech, association, and assembly within Palestinian civil society.

Most notoriously, the report alleges that once in custody, detainees are subjected to threats of violence, taunts, solitary confinement, and beatings, including lashing and whipping of the feet of detainees, to elicit confessions. Beyond arrests and torture, authorities routinely crack down on dissent by confiscating electronic devices, leaving investigations open and demanding access to social media accounts. Compounding the problem, Palestinian authorities have routinely failed to hold security forces accountable for carrying out arbitrary arrests or using excessive force against detainees. In its 2016 report, the Independent Commission for Human Rights (ICHR) noted that the Palestinian Authority Interior Ministry received 355 complaints, 275 of which it said were “proven incorrect,” 62 of which resulted in disciplining of officers and 18 of which were referred to the Military Prosecution. In its 2017 report, ICHR further found that military prosecutors examined 15 cases, three of torture and 12 of arbitrary arrest; of these, they dismissed five for lack of evidence, referred five to court, and were still investigating five.

At the same time, since being granted an observer status at the United Nations, the Palestinian leadership in Ramallah has increasingly attempted to maintain a facade of championing democracy and human rights. In 2014, the Palestinian Authority ratified the International Covenant on Civil and Political Rights, establishing the universal “right to liberty and security of person” and the illegality of “arbitrary arrest or detention”. Article 19 of the Covenant further states that “everyone shall have the right to freedom of expression … to seek, receive, and impart information and ideas of all kinds”. In the same year, the state of Palestine also acceded conventions forbidding the use of evidence obtained by torture and requiring states to prosecute alleged perpetrators of torture on their territory.

The future of democracy in Palestine seems bleak. So long as the division between Hamas and Fatah continues to tear apart Palestinian society, prospects for an improvement seem extremely unlikely. Tom Porteous, deputy program director at Human Rights Watch, perfectly captured this when saying that “twenty-five years after Oslo, Palestinian authorities have gained only limited power in the West Bank and Gaza, but yet, where they have autonomy, they have developed parallel police states”. When examining the facts of the report published by his agency, it appears to be unequivocally true. Yet the fact of the matter is that the roots of authoritarianism run much deeper than the Hamas-Fatah feud. Even the election of a Noble Peace Prize Laureate, Yasser Arafat, was marked by a stupefying lack of competitiveness.

The hearts of many go out to the Palestinian people, who for the past fifty years have had to carry the weight of a military occupation with no end in sight. Yet the short history of self-governing institutions within this tiny territory should serve as a sobering reminder that territorial sovereignty may not be enough. The human and political rights of the Palestinian people will not be upheld unless they are able in to live in a state that is both free from external occupation and autocratic domination.