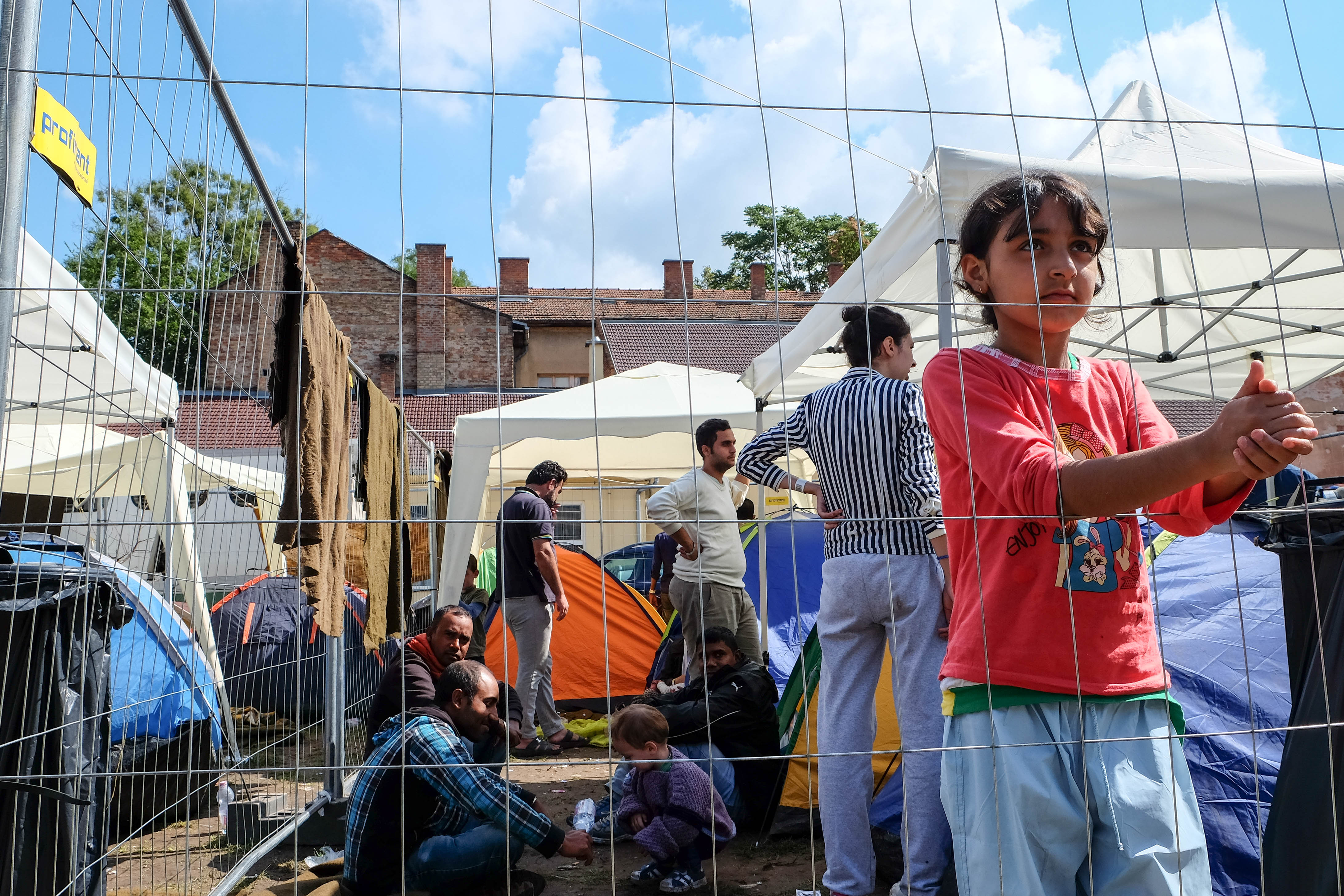 In 2015, there were over one million refugees coming into Europe fleeing war and conflict and 4000 who drowned in the sea, according to UNHCR. It seems that many wish to reach Western Europe, but it is a very difficult task.

The world’s attention was brought to a particular incident in Hungary not too long ago when a Hungarian camerawoman was seen on video, tripping refugees as they were running from the police. This scenario reflects a broader issue in a smaller setting as Hungary has launched its own war to control the movement of refugees into Central Europe.

A fence was built in September in response to the massive influx of refugees who came to Hungary on their way to Western Europe from the Middle East, Africa, and Southeast Asia. Shortly after, it became a felony in Hungary to climb, breach, or damage the fence. A smuggler warned Ahmad Majid, a refugee stuck in Budapest, that “the border is so closely watched not even a bird can fly over.” When tens of thousands of refugees crossed over the Serbia-Hungary border, Hungarian police received them with tear gas and water cannons. Last month, Hungary extended a state of emergency status and sent over one thousand more security officials to the Serbian border. These hostile actions have been widely criticized by human rights groups, and are very clear reasons why most refugees wish not to stay in Hungary. It still remains, however, as a huge geographic obstacle on the path to opportunity and potential acceptance.

The border with Serbia marks the start of the Schengen Zone, allowing easy travel within the European Union once it has been passed. Hungary not only feels that it must enforce this border for the EU, but for its own citizens; in a recent poll, more than 80% of Hungarians were shown to be in opposition to the state’s participation in Europe’s distribution of refugees based on a quota system. The poll reflects the growing list of opposition to the refugees across Europe. There is also an emergence of extremists against refugee resettlement. Laszlo Toroczkai, a young mayor of a small town in Southern Hungary and the founder of the far-right/ultra-nationalist 64 Countries Youth Movement, was a huge advocate for the border fence and now even calls for the return of the Kingdom of Hungary.

Furthermore, Hungarian Prime Minister Viktor Orban attacked the European Union’s migration policy in a speech on the annual Revolution Day and referred to the refugees as posing a threat to the Christian traditions of Europe. His party also launched a petition campaign because he thinks the refugees pose a threat to the status of his political party while “future left-wing voters are being imported into Europe.” He thinks the refugees will pressure and vote against him. Orban is feeding off the crisis to gain power and he has long been known to criticize Merkel’s open door policy to the refugees. He is under the assumption that Germany is the decider for how the refugee crisis goes, but it is tied back in a coalition with the Social Democrats and won’t do what is needed to be done in his view: closing the doors to Europe.

In another attempt to build internal opposition to the EU’s plans, the government of Hungary recently asserted that there are 900 no-go areas in Europe because they are overrun by migrants. The website claims that “the mandatory European quotas increase the terrorist risk in Europe and imperils our culture”and that “illegal migrants cross the borders unchecked, so we do not know who they are and what their intentions are…We do not know how many of them are disguised as terrorists.” Spreading fear in this regard is clearly another way in which the Hungarian government is attempting to increase refugee resentment.

Europe has some issues to solve, but spreading fear will not do this. The EU needs to act strongly on the dangerous political play transpiring in Hungary before its too late. The emergence of large right-wing political realm in Europe must not be ignored.