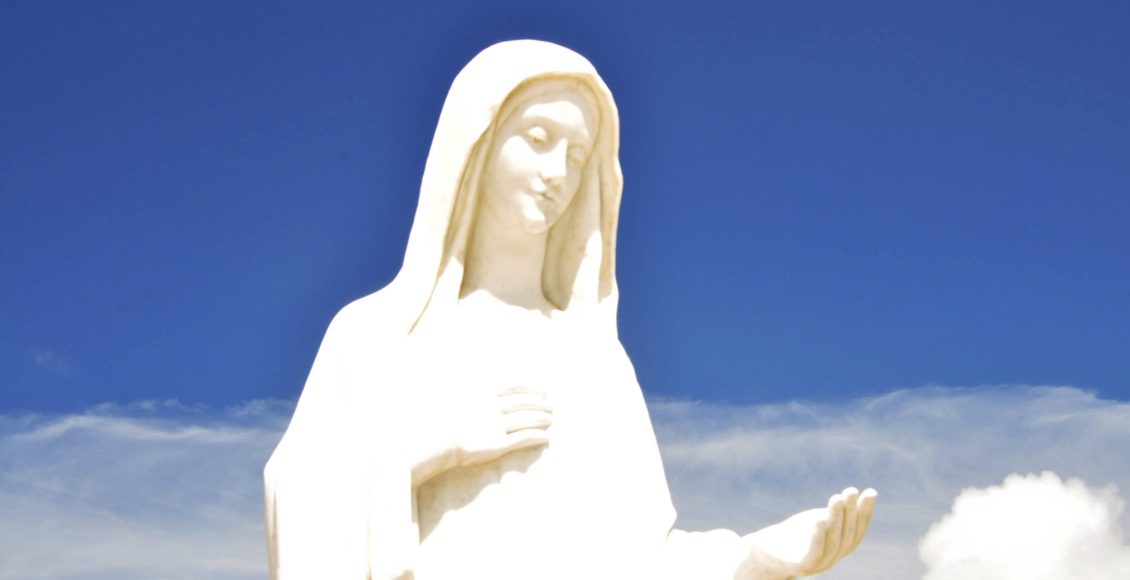 Hungary’s Váchartyán (Coat of Arms) venerates the Virgin Mary and is said to be an ideal representation of Christian iconography. Christendom’s influence in Hungary has led the Virgin Mary to become a symbol of Hungarian national identity, and “an integral part of Hungarian national consciousness … used to define the Hungarian ethos.” This impact of Christianity in Hungarian consciousness can be seen in aspects of Hungarian culture and politics today. More specifically, the rise in asylum applications received by the Hungarian government since the start of the 2015 migrant crisis, from predominantly Muslim claimants, has resulted in the current Hungarian government’s position on the state of Europe, stressing that Europe needs to stay “safe, fair, civic, Christian and free.” This position echoes the current rise of ‘populist’ governments wishing to preserve their respective countries’ national identity in the face of increasing non-European immigration. On the other hand, conforming to international globalist norms, are those who support the entry of non-European asylum seekers, viewing it as compatible with the preservation of national identities.

With over 50% of Hungarians declaring themselves Christians, the legacy of Hungary’s Christian history continues to live on. While evidently many Hungarians are religious, Hungary is officially a secular nation, with another large majority of the population identifying themselves as non-religious, not believing in a God, not affiliated to any religion, or other. This being said, Hungary’s present-day political climate nevertheless stresses the importance of preserving the Christian foundations upon which Hungary was built upon. This view is personified through Hungary’s Prime Minister Viktor Orbán, who considering the migrant crisis stated:

Orbán has been the Prime Minister of Hungary since 2010 and is leader of the national-conservative party, Fidesz. Fidesz is known as a “right-wing” populist party in support of closed borders and limited immigration, and remains staunchly anti-globalist, criticizing supranational organizations like the EU and the UN. The party has stated that they believe that the EU’s acceptance of non-European migrants into the continent’s borders is a threat to European culture in terms of its national Christian identity. Furthermore, Hungary’s Euroscepticism has been described as an “uncompromising defense of national sovereignty and a transparent distrust of Europe’s ruling establishments.” In the April 2018 Hungarian parliamentary elections, Fidesz was re-elected with 44% of the vote, obtaining 133 seats in Parliament. Since the beginning of 2018, Fidesz’s approval rating was said to be around 40%, reaching a seven-year high.

Since the start of the 2015 migrant crisis, Hungary has received the highest rate of asylum applications compared to any other country in the E.U, reaching 174,000 applications. With an original 274 arrivals per day at their southern border since early Summer 2015, Hungary later went on to experience a 447% jump in arrivals.  By October 2015, Hungary was seeing approximately 7000 arrivals per day, leading Orbán to create a southern border wall and to implement several asylum laws. Since such initiatives were implemented, Hungary’s arrivals decreased to 10 arrivals per day by December 2015. Most of the arrivals in 2015 at the southern border were from Syria (39%), Afghanistan (27%), and Kosovo (15%), all which are predominantly Muslim countries.

When discussing Orbán’s popularity among his voting base, there is substantial belief that his attitudes towards non-traditional immigration in Hungarian society are supported. The Pew Research Center in 2015 found that out of ten evaluated European countries, Hungary’s populace was most likely to believe that refugees were likely to commit terrorism, at a result of 76%. In addition, 82% of Hungarians polled believe that refugees presented a socioeconomic burden. Evidently, a vast majority of Hungarians seem frightened in what might result from large, unprecedented waves of non-traditional immigrant sources, and the cultural threats the arrival of such individuals may pose. In Summer 2018, Orbán referred to the refugees as “Muslim invaders.” Such a statement evokes parallels with the 1683 Siege of Vienna, where Ottoman forces were defeated in what is often perceived as a battle between cross and crescent. While contextually, the migrant crisis drastically differs from wars fought against the Ottomans, the unannounced arrival of a large wave of predominately Muslim refugees evokes similar parallels of ‘Islam at the Gates of Europe’ and a calling for the preservation of Christian Europe in the eyes of many like Orbán.

Considering the platforms of Orbán’s party, the EU has harshly criticized the current Hungarian government. In September 2018, two-thirds of EU MEPs voted in a favor of a motion that stated that Hungary had violated Article 7 of the Treaty on European Union, demonstrating a belief that Hungary presents a threat to European democratic institutions. The September 2018 EU vote occurred shortly after Hungary introduced the “Stop Soros” bill in June 2018, a bill meant to potentially criminally prosecute those who facilitate the entry of asylum seekers into the country. The September 2018 incident between the EU and Hungary is only one of many that demonstrate clear tensions between nationalist and globalist camps.

The “Stop Soros” bill was named after Hungarian philanthropist and multi-billionaire George Soros. Having reportedly donated over $18 billion to his own foundation named the Open Society Foundation, Soros is a figure who has been an object of severe backlash from the Fidesz government, with government opponents often accusing him of supporting “an international plot to destroy Hungary through migration”. The Open Society Foundation works to give financial aid to civil society organizations, with its main goal focused on “work to build vibrant and tolerant societies whose governments are accountable and open to the participation of all people”. Through the lens of Hungary’s ‘nationalist’ government, the Foundation embodies the destruction of the nation-state, as well a nation’s well-established cultural values and traditions, being that it seeks to impose a new world-order modeled after globalist and multicultural norms.

Born to a Jewish family, George Soros, fled Hungary during the country’s occupation during World War II by the Nazi regime. Throughout the past several years, Soros’ impact on international affairs has connected him to a large share of plots and conspiracy theories, including the Hungarian government’s belief that Soros’ support of asylum seekers is tied to Hungary’s migrant crisis. András Aradszki, member of the Hungarian National Assembly and representative for the Christian Democratic People’s Party stated that Hungary’s current political climate with relation to Soros is a fight against Satan. He stated:

“Yes, I speak of an attack by Satan, who is also the angel of denial, because they are denying what they are preparing to do — even when it is completely obvious. They frantically try to prove that there is no [refugee] quota, there is no compulsory settlement, and the Soros Plan does not exist.”

The conspiracy theories following Soros are not limited however, to Hungary. In the United States, Soros was the first victim of the October 2018 mail bombings after a suspected device was found in his post box. A major donor of the Democratic Party, Soros was attacked for his criticism of Donald Trump, another figure seeking to limit immigration. In addition, Soros has also been accused of funding March for Our Lives, a movement which Soros critics say would destroy the Second Amendment.

These conspiracy theories have also followed Soros’ career for years. While many of them do not have any concrete proof, Soros’ Open Society has been tied to funding the Color Revolutions of the 2000s in several countries of the former Soviet Union, which led a series of anti-corruption and pro-democracy protests. In addition, with the fall of the Soviet Union in 1991, Soros advanced his pro-democracy worldview in a mission to build several anti-communist institutions, the most notable one being the Central European University (CEU) established in 1991. The purpose of the CEU was to build a training ground for the new European elite, who would work to support a multinational world. Under Orbán’s government, the CEU has been repeatedly threatened with closure on the suspicion that its curriculum spreads Soros’ ideology of globalism in order to threaten state sovereignty. With much frustration experienced by the CEU regarding their legal status within Hungary, the university stated they would relocate to Vienna, rendering a response from the Hungarian government that this action was simply “a Soros-style political ploy.”

Although it may seem that the attacks against Soros by the Hungarian government are ‘ploys’ in and of themselves, many often accusing Fidesz as being anti-Semitic, it is undeniable that Soros and his Open Society Foundation have garnered a major influence on the international stage. Having “fancied [himself] as some kind of God,” Soros with regards to himself has said that “it is a sort of disease when [one] consider[s] [themselves] [as] some kind of God, the creator of everything.” As the conflict between Soros and Fidesz continues to grow, symbolic of the growing divide between globalism and nationalism in Europe, governments should reflect on the future of their nation’s identity, especially in a time when a figure on the globalist end, such as Soros, “feel[s] comfortable about [their God-like abilities] … since [they] began to live [them out].”