Is It a Good Idea to Criminalize Music Piracy? 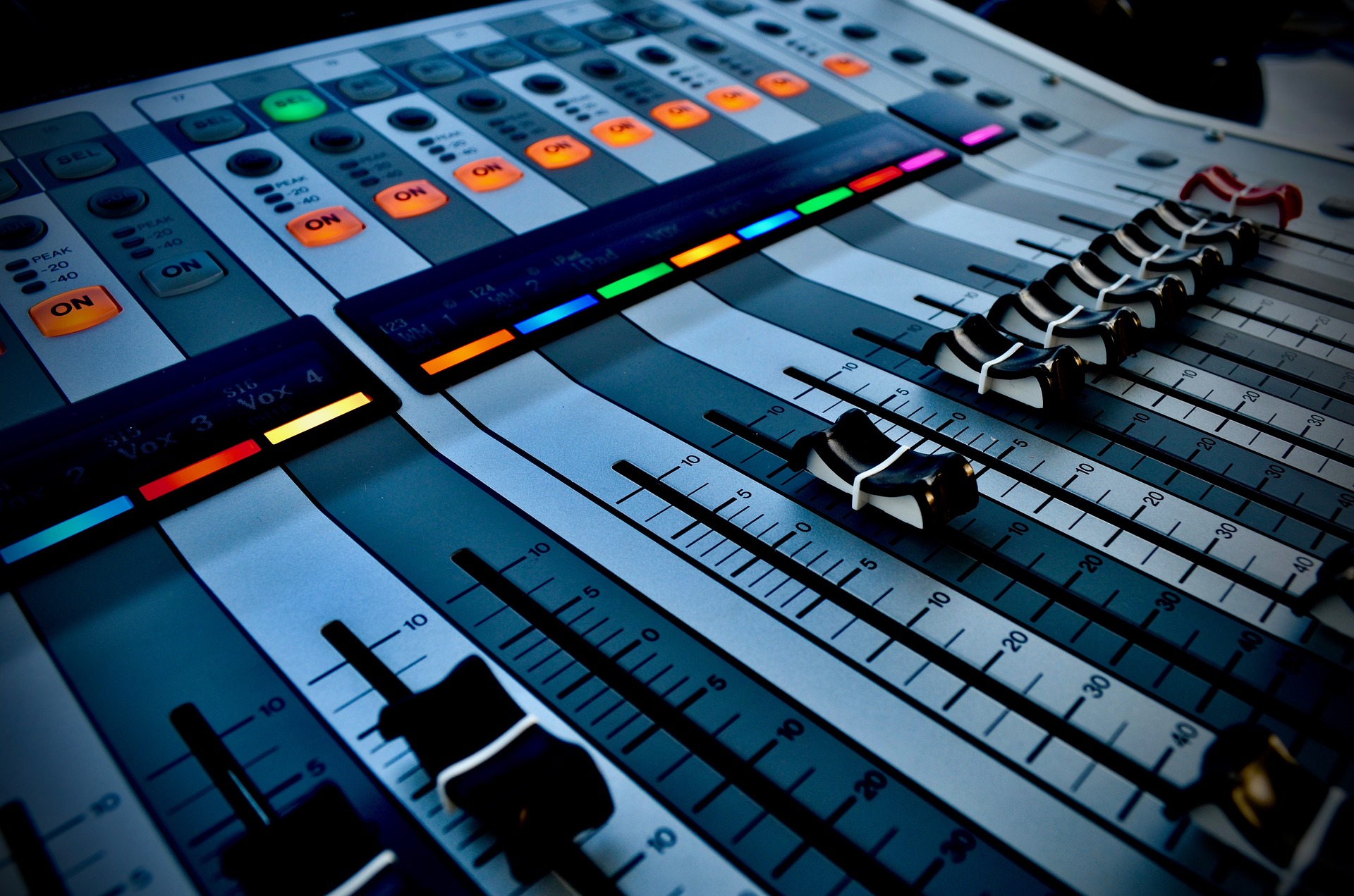 In the beginning of La Divina Commedia, Dante is escaping from fierce beasts in a sinister forest. Forlorn of all hope, he immerses himself in a crusade to salvation, conscious of the hazards he will find in the confines of the underworld we call hell. He descends, still, in an attempt to claw his way back to prosperity, with nothing but a trace of feeble hope. Many centuries later, above the surface—and admittedly far from the boundaries of the imaginary—a comparable scenario is being staged. Every day, millions of Internet users around the world download musical material in the extreme of commodities. According to MUSO 2017 Global Piracy Report, there were roughly 191 billion visits to pirate sites globally in 2016.

Unlike Dante, these file-sharers have no constraints in their entertainment pursuits—or so we think. It so happens that they are part of a phenomenon called music piracy and, much like Dante, are subjected to reprisals in retaliation for their actions. From a moral standpoint, however, the question is: are they really doing anything wrong? Copyright law advocates seem to believe that stringent crime policies are paramount to address these misdeeds. Yet, the criminalization of music piracy fails to deter this conduct, as the phenomenon evades bureaucratic control in all its major forms. Several factors come into play in the analysis of such a phenomenon: the motive of the perpetrators, the threats to the creative expression of communities, the ethical texture of copyright infringement and, finally, the anachronistic nature of the current copyright policies.

Legislators often ignore the fact that music piracy is a complex cultural phenomenon with an inherent appeal that transcends ‘freemium services’ (i.e. when products are offered for free, but additional features might be subject to payment). Despite the belief that copyright and intellectual property laws have diminished the consumption of pirated music, the truth is that “file-sharing in North America has grown 44% from 2008 to 2014”. In response to this alarming data, those who litigate in the realm of copyright affairs have turned to punitive measures in conjunction with external agents—such as streaming-music companies and major labels—and remarkably display their oblivion and ineffectiveness in doing so.

The motive of the perpetrators

It is vital to understand the reasons for which individuals might feel compelled to get involved in file-sharing while they are aware of the illegality of their actions. Notwithstanding the fact that music piracy heyday took place in the late ’90s, this issue has much older roots. In fact, as early as the 1970s, there were examples of bootlegging and music piracy in the Southern states of the U.S. whose mechanisms were consigned to posterity: “The moonshiner [was] independent, making a product without state sanction and despite his evident lack of capital”. Similarly, after the appearance of the 8-track and compact cassette by the ’60s, any individual from “self-described socialists to mere profiteers seized the opportunity to reproduce and distribute sound recordings” .

Southern life was plagued with images of raucous behaviour and an inexistence of regulatory entities which considerably befitted the enticement of the activity, together with the decentralization of media production and the short-sightedness of the music industry. Therefore, when a statutory licensing system was created, it was confronted by a “countercultural south” with equal footing that would not abstain from their practices regardless of their reprehensibility. This is largely because, prior to the jurisprudence’s decision to curtail and punish the exploitation of musical resources, there was neither social nor legal opprobrium to slow their pursuits.

With the inception of the Internet, Napster made its appearance as the first peer-to-peer file-sharing service in the late ’90s, leading to mass dissemination of MP3 files and the development of other platforms such as BitTorrent and Oink’s Palace Place. According to Stephen Witt, author of How Music Got Free, music piracy was a social phenomenon because “the internet was made of people”. These sites were not only music providers, but communities: an underlying “elite and rarefied group” in which reciprocity was the norm. From adoption of streaming services followed a streamlined allocation process, an almost limitless catalogue of songs (with a quality comparable to the original versions), and a devaluation of prices caused by the anticompetitive state of the markets. This, coupled with a dominant “need to reexperience,” cultivated the ethos of a file-sharer with commercial stature that rendered his actions guiltless, and whose legacy looms large in the music industry underworld.

The threats to the creative expression of communities

Another factor to consider is the threat that internationally accepted copyright agreements pose to the creative expression of communities. Unlike other products, music is usually “consumed before it is purchased” owing to the fact that it is a product of a community’s tradition that aims at the transmission of culture. By definition, copyright is a temporary monopoly on a fixed original work in response to an escalating level of music thievery. Consequently, copyright has a number of negative externalities, as it only benefits corporate interests of the mainstream media and the big telecommunication companies, in lieu of the cultural industries which have historically remunerated the stakeholders of the music industry.

Following the non-interference in commercial affairs and the laissez-faire model during the nineteenth century, legislation on a myriad of issues was imposed in the Western economies of the twentieth century. Most societies have specific ways of controlling access to knowledge. However, all major legislation not only regards deference to the law as a matter of utmost importance, but also consider conviction as insufficient punishment for tortious acts. Nonetheless, the distribution of cultural material cannot be quantified in the way the law demands, for “monopolies are sacrifices of the many to the few”. It is undeniable that the disintermediation of record companies that patronize artistic work has made creative content more accessible to a vast array of consumers. In other words, the circulation of music outside the normal distribution networks has been a catalyst for the heterogeneity of such services and has reshaped the state of cultural perishability that copyright law endorses.

The ethical dimension of copyright infringement

The ethical dimension of copyright infringement is also ripe to question. In a BBC interview, the CEO of the International Federation of the Phonographic Industry, John Kennedy, said that forcing Internet providers to threaten their clients with cutting off their connectivity would minimize cases of piracy, reflecting the logic that “if the sanction is there, then it’s never needed”. But licensing fails to subdue the detrimental effects to intellectual property without considering the purchasing behaviour of individuals. It is then key to bear in mind that “individuals adopt psychological techniques to maintain themselves in a comfort zone, despite their unscrupulous conduct”.

While it is true that a prolonged exposition to the Internet might increase the probability of consuming pirated music, research has shown that a higher rate of consumption of an immoral good transforms the impropriety of a consumer’s conduct into more tolerable, and possibly even morally acceptable behaviour. Moreover, users have a predilection to express more “sympathy towards identifiable victims, than statistical victims”  — meaning that the identification of a particular artist whose wealth is being unfairly distributed may well reduce the contingency of illicit downloads (especially if the musician or lyricist in question is idolized). Hence, the government could create alternative incentives that entice consumers’ interests rather than applying the standardized iron grip on the legislature that only causes more economic disadvantages.

Finally, copyright law revolves around principles that are anachronistic in nature. This is evinced by the fact that “much of the legal framework for licensing music dates back to the early part of the twentieth century, long before the digital revolution in music”. In fact, the European and American concepts of copyright have been widely enforced as the archetype for copyright law in virtually all developed communities around the world. However, this model has never been adapted to cater to the particular contexts of other communities, and has most alarmingly disregarded the exponential growth of the file-sharing phenomenon.

This misplacement is reflected in two major repercussions. First, it results in disproportionate reprisals as “even the minimum statutory damage award, when aggregated across a large number of similar acts, can grow so enormous that it becomes an unconstitutionally excessive punishment”. And, secondly, it also casts a light upon other forms of intellectual property deficiencies that require amendments, such as the encouragement of piracy of academic papers to provide scientists with more easily accessible sources to conduct research, rather than having to pay for each of them.

Simply put, the criminalization of music piracy does not deter such a conduct due to the fact that it deliberately ignores the motive of file-sharers, the right to creative expression of communities, the ethical component of copyright infringement, and the anachronistic nature of copyright law enforcement given the present circumstances. It is fundamental to understand how the implications of  punitive actions can actually make the situation more unfavourable than it already is; for the prime objective of copyright law should be to satisfy the actual needs of communities, guided by their directly expressed aspirations and expectations, and respecting their socially and culturally transmitted practices.

Angello Alcázar is an undergraduate student at McGill University pursuing a Joint Honours degree in both Sociology and Literature.