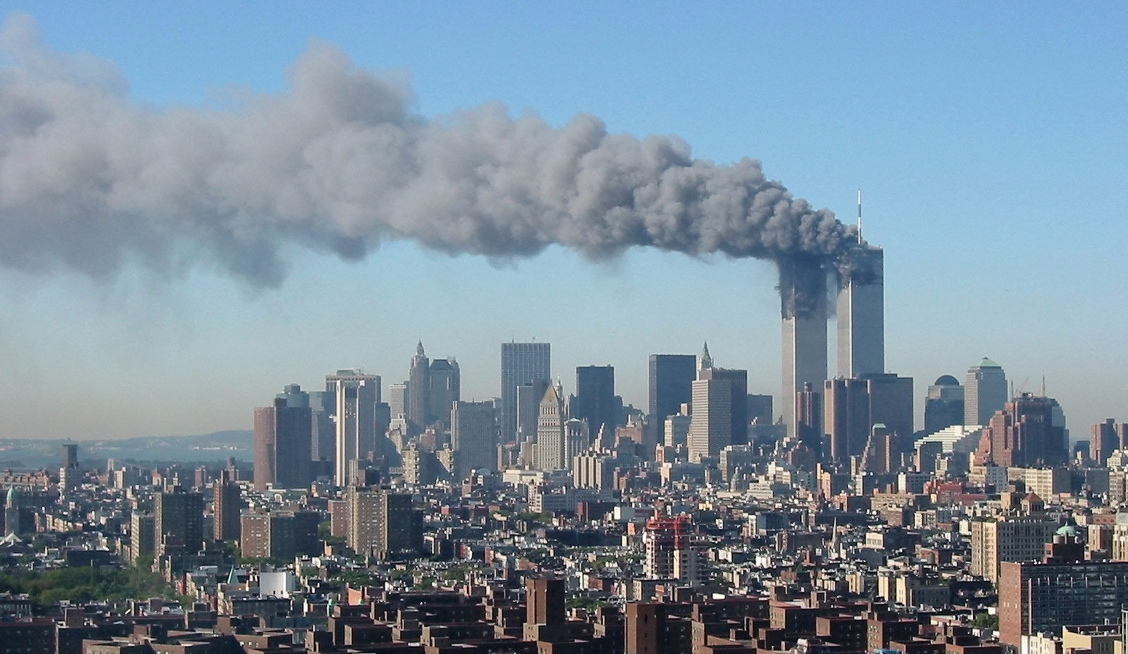 Of the many explosive public debates that have raged in the post 9/11 West, perhaps none have been more controversial than the one over the cause of Islamic extremism. Though it would be inaccurate to simplify this debate as being separated into two clear “sides”, a broad distinction can roughly be made as follows. On one “side”, progressives like The Guardian columnist Joumanah El Matra claim that, “Muslim terrorism was never and […] still is not about furthering Islam.” Instead, they argue, Islamic extremism is the result of geopolitical grievances against the West and its allies, particularly their foreign policies. While there is no necessary connection between being a progressive (which I will take to mean being left of centre politically), there is an obvious overlap between those who might identify as progressive and those who hold the view of Islamic extremism outlined above.

On the other side of this debate are New Atheists like Sam Harris who argue very forcefully that Islamic doctrine is directly responsible for Muslim terrorism. A telling quote by Harris: “we are at war with Islam. This is not to say that we are at war with all Muslims, but we are absolutely at war with the vision of life that is prescribed to all Muslims in the Koran.” Once again, a disclaimer is in order. I am not claiming that all atheists agree with people like Harris on the topic of Islam, nor on religion in general for that matter; after all, New Atheism is distinguished from traditional atheism by its alleged militancy. Nevertheless, broadly speaking, one can reasonably assume that the views of fans of people like Harris, Richard Dawkins, Daniel Dennett and the late Christopher Hitchens (the so-called “Four Horsemen” of the New Atheist movement), fall closer to the quote by Harris cited above, than to El Matra’s quintessentially progressive pronouncement.

This debate presumes the existence of a false dichotomy between religious belief and the desire to redress terrestrial grievances. A sober interpretation of the available data reveals that a multiplicity of factors conspire to produce grotesque acts of violence that civilized people the world over deplore. The aim of this piece is not to pick a winner between New Atheists and progressives, but rather to show that both sides systematically misinterpret evidence, a reality that tragically prevents the two camps from finding their way to a happy middle ground, though my feeling is that this middle ground stands closer to the New Atheist camp than the progressive one.

Let us begin with the obvious. There is a phenomenon of violent extremism that is described by its perpetrators in the language of Islam, commonly referred to by its detractors as Islamic extremism. Examples of this phenomenon include the September 11, 2001 terrorist attacks on the World Trade Centre in New York, the July 7, 2005 attacks on the London subway system, the January 2015 attacks on the offices of the satirical French magazine Charlie Hebdo in Paris, the November 2015 attacks on the Parisian Bataclan concert hall, and many others.

To determine the motivation behind such attacks (and other similar phenomena such as the thousands of young men who had joined ISIS by the beginning of 2017), we should listen to the terrorists themselves. A March 2015 survey of 49 ISIS militants by Lebanon-based Quantum Communications revealed that 15 of the interviewed fighters listed “jihad” as their reason for joining, while another 11 listed the “radical environment” as their prime motivator. In other words, roughly half of the interviewed fighters seem to have been primarily motivated to join the Islamic State by some form of religious belief or attachment. On the other hand, the remaining 23 fighters listed motivations such as “defending Sunnis”, “war in Syria” and them having been prisoners of the West.

This same mixed picture of various motivations emerges upon examination of the testimonies of other extremists. Mohammad Sidique Khan, one of the four London bombers, had the following to say in defence of his actions in a filmed statement aired on al-Jazeera:

“I and thousands like me are forsaking everything for what we believe. Our driving motivation doesn’t come from tangible commodities that this world has to offer. Our religion is Islam – obedience to the one true God, Allah, and following the footsteps of the final prophet and messenger Muhammad… This is how our ethical stances are dictated […] With this I leave you to make up your own minds and I ask you to make dua [pray] to Allah almighty to accept the work from me and my brothers and enter us into gardens of paradise”.

It would take a special feat of delusional mental gymnastics to deny the self-professed religious motivation in such a statement. On the other hand, in the same statement, Khan made explicit reference to geopolitical grievances that motivated him and his fellow bombers: “Your democratically elected governments continuously perpetuate atrocities against my people all over the world. Until we feel security, you will be our targets. And until you stop the bombing, gassing, imprisonment and torture of my people we will not stop this fight.”

It would seem that both religious and geopolitical factors played a role in motivating the 7/7 atrocities, though one could be forgiven for wondering if such behaviour would have occurred were it not for the bombers’ deep religious belief in Holy War and paradise.

The most explicit (and certainly the most disturbing) glimpse into the mind of an Islamic extremist is the four-page document written by Mohamed Atta, one of the chief architects of the 9/11 attacks and the hijacker who flew American Airlines Flight 11 into the North Tower of the World Trade Centre. The document reads as a list of instructions to Atta himself on what to do and how to think in the hours preceding the attack and during the operation. “Read al-Tawba and Anfal [traditional war chapters from the Qur’an] and reflect on their meanings and remember all of the things God has promised for the martyrs”, Atta writes. “You should feel complete tranquillity, because the time between you and your marriage [in heaven] is very short. Afterwards begins the happy life, where God is satisfied with you, and eternal bliss ‘in the company of the prophets, the companions, the martyrs and the good people, who are all good company’”, he continues. “Be happy, optimistic, calm because you are heading for a deed that God loves and will accept. It will be the day, God willing, you spend with the women of paradise.”

This terrifying proclamation of religious dogmatism, clear as it is, is nuanced by other Islamic extremists’ statements that are political in nature. For example, in 1998, Osama Bin Laden and the incumbent head of al-Qaida, Ayman al-Zawahiri, signed a document entitled “The World Islamic Front’s Declaration”, which encourages Muslims “to kill the Americans and their allies — civilians and military.” The document spells out three specific reasons: “the American troop presence in Saudi Arabia, the holiest of Muslim lands; aggressions against Iraq by the Crusader-Jewish alliance, including massacres of over one million Iraqis and devastating sanctions; and the occupation of Jerusalem by Israel.” While the religious and anti-semitic undertone is unmistakable, so are the geopolitical grievances against American and Israeli foreign policy.

While Harris and his New Atheist colleagues would do well to cease discounting the role of geopolitics in motivating Islamic extremism, progressives should cease their baseless attacks on New Atheist critiques of Islam as “Islamophobic” (see progressive journalist Glenn Greenwald’s op-ed on the topic). Progressives are absolutely right to criticize American, British and Israeli foreign policy for their history of violence against innocent Muslims. Foreign policy makers would do well to consider the possibility of “blowback” from their treatment of Arab civilians in the Middle East. This possibility is born out by the data: this past fall, The Middle East Policy Council concluded that American drone strikes that kill civilians in countries like Yemen, Pakistan, and Somalia create “new insurgents, referred to as the ‘accidental guerrilla’ syndrome”. New Atheists should not be afraid to concede this point to progressives.

But progressives must also learn to be honest with themselves and the world. Denying the link between Islamic doctrine (such as the doctrine of martyrdom so sickeningly enunciated by Mohammad Sidique Khan) and Islamic terrorism is dishonest and masochistic. Religious belief clearly underpins much of the violence perpetrated by jihadists the world over.

What should we conclude from these data, and others like them? Where should we locate the middle ground that this article is searching for? We can start by acknowledging that neither New Atheists nor progressives have it right. Clearly, many jihadists revile the history of the West’s relationship with the Middle East, which they see (correctly) as unnecessarily violent. But one must ask questions like the following ones if one values intellectual honesty: would suicidal attacks like 9/11 and 7/7 be conceivable if Saudi Arabia were the Mormon or Scientologist Holy Land? The question answers itself. And as Sam Harris rightfully argues, “anyone who imagines that terrestrial concerns account for terrorism by Muslims must explain why there are no Palestinian Christian suicide bombers. They, too, suffer the ordeal of the Israeli occupation”.

Harris makes a similar point in an email exchange with Glenn Greenwald: “Did you happen to see The Book of Mormon? Do you know how the Mormons protested this attack upon their faith? They placed ads for Mormonism in the Playbill”. One need not imagine what would have happened if a broadway musical satirized the Koran as brutally and uncompromisingly as the Book of Mormon satirized the Mormon holy book. In fact, the very production of such a musical is unimaginable: the fear of violent retaliation would simply be too great. To deny this reality is disingenuous in the extreme, so while both New Atheists and progressives miss the mark on the debate about Islamic extremism, I cannot help but conclude that progressives miss it by a wider berth.