‘Land Down Under’ No More 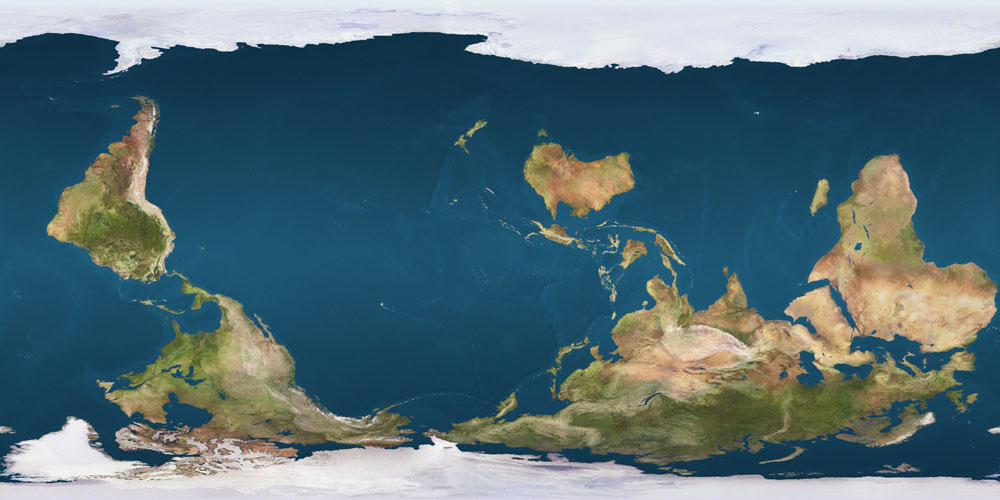 Over the centuries, Australia has become known as “the land down under.” Despite the seemingly harmless nature of the nickname, tensions surrounding the underlying Northern-hemisphere supremacy it betrays have reached their boiling point. The former penal colony has been wrestling with the North-side-up, South-side-down orientation that has become increasingly questioned over the past decades. After all, “No one ever said North had to be upright on maps…right?” remarked Dr. C. Dundee, Australia’s leading geopolitical analyst and a part-time employee at the Sydney Zoo. What, exactly, is Australia ‘down under?’ Roughly 19 percent of Australian’s wanted this question answered in a 2004 agricultural survey. Australian critics have become increasingly sensitive to anti-Australian humour, which they theorize may cause violent clashes sometime in the distant future. Growing anti-North sentiments in Australia have even begun to erode Australian unity. The densely-populated southern part of the country has begun to face general unease from the couple thousand who live to the north.

The North-South tensions also result in the use of oppressive and inconsiderate language toward Australians. “Tops,” as a student at the University of Wollongong referred to Northern nations, “aren’t very nice to us ‘bottoms.’” She continued, “Constantly bringing up ‘shrimp on the barbie’ gets old after a while.” In a recent survey, only three out of ten students confessed to grilling shrimp in the past week. Despite the unfortunate choice of colloquialisms, the University has put out several compelling metrics to advance Southern supremacy. Foremost among them is an advanced cartographic rendering of the world in an Australia-centric order.

Political and social sentiments are not the only areas of Australia’s society that are expressing a desire to put Australia on top. Government operations have allegedly been conducted over the past year involving several strategies to permanently alter world geography. Primary speculation revolves around the hypothesis that the Australian government has been breeding exceptionally dangerous fauna to eradicate anti-Australian thinkers. However, the pitiful loss of the Great Emu War of 1932 indicated the government’s inability to control such projects. In the 1970s, in an experimental test to exacerbate global warming and raise sea levels to benefit Australia’s sea-faring efficiencies, a hole was blown in the ozone layer above Australia. The project was quickly abandoned after sunscreen prices skyrocketed. Most recently, bush fires on the island may be indications of a top-secret project to lift Australia from the sea via a large hot-air balloon-like device, floating it into the North Pacific. No comments have been recorded by any government agencies at this time.

As Australia’s athletic outreach director told journalists, “Perhaps having a driver in Formula One is enough. What else are we going to do? Learn hockey?” In a last-ditch attempt to shake the negative connotations of the land “down under,” Australian athletes were sent out in droves to put the land down under on top of the leaderboards. Unfortunately, the Aussie athletic presence in 2020 was reduced to a Rugby team being quickly poached by South Africa, a mediocre soccer team known unaffectionately as the “socceroos,” and a highly-ranked F1 driver who is actually only half-Australian.