Why is Malaysia’s Chinese Population Leaving in Droves? 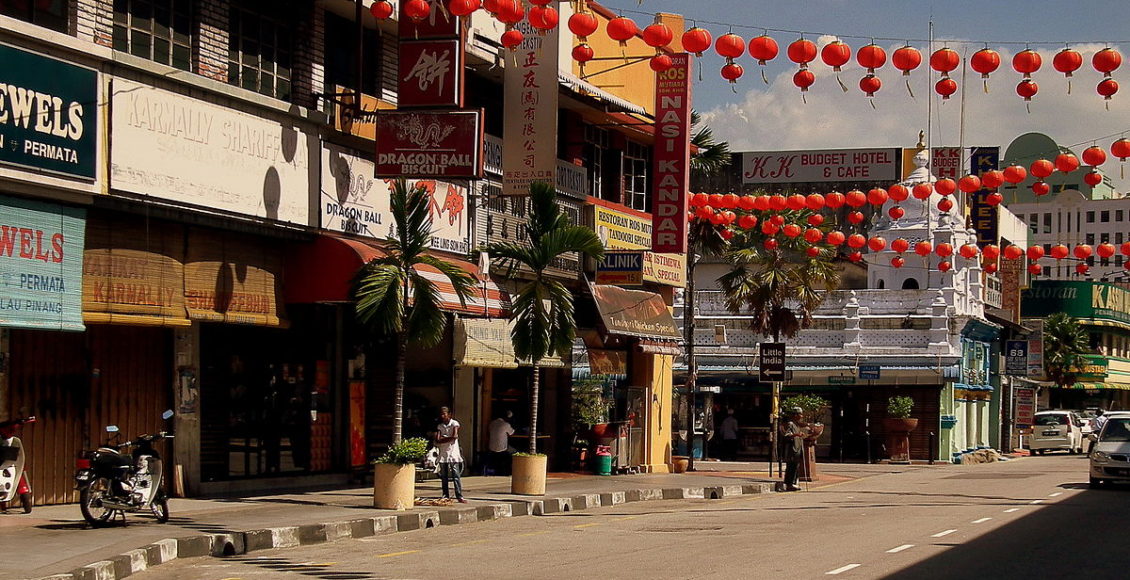 In 1957, ethnically Chinese Malaysians, comprising of Malaysian citizens who trace their ancestry back to China and recent Chinese immigrants who have become citizens, made up almost 38% of the country’s total population. Today, that number has decreased to just 23%, as more than two million have decided to leave the country over 50 years. By simply looking at statistics, it is difficult to understand why so many are willing to leave the familiarity of their home country where they are socioeconomically in the best position out of any major ethnic group. The Chinese population have the lowest poverty rate (0.1%), the highest average income, and control over 70% of all commercial real estate in the country.

Despite these statistics, many have emigrated from the country due to a sense of discrimination from the majority Malay (Bumiputera) population in education, political representation, and career opportunities, as the government’s affirmative action programs benefit native Malays at the expense of other ethnicities. Settling in Singapore, Australia, and many other English-speaking countries, the Chinese-Malaysian diaspora find themselves with the skills to assimilate quickly into their new homes and have little reason to return to their country of origin.

A History of Chinese Immigration to Malaysia

The first wave of significant Chinese migration occurred in the 10th century, with much larger groups arriving in the 15th and 17th centuries as a result of friendly relations between the rulers of China and the Sultanate of Malacca, which controlled large parts of modern Malaysia. These early settlers were known as Peranakans, and over the centuries have developed a unique hybrid culture, whereby they speak Malay while maintaining aspects of their Chinese heritage.

During the 19th and 20th centuries, an even larger second wave of Chinese arrived in British Malaya, mainly to work in tin mines or on rubber plantations. This group forms the bulk of the Chinese-Malaysian population today, and their influence can be seen with the large number of Chinese language schools, temples, and cultural festivals present across the country, most of which were set up during their arrival. Despite their common state of origin, Chinese immigrants come from various provinces, which have resulted in the many different Chinese dialects spoken in Malaysia today.

Although they have been able to largely retain their language and culture, Chinese-Malaysians feel little connection to China. The vast majority of ethnically Chinese Malaysians have never stepped foot in their ancestral homeland. In addition, because they are required to pass a proficiency test to graduate secondary school, the ethnic Chinese are able to speak Malay and integrate themselves within the broader Malaysian society.

For the scores of Chinese who immigrated over the centuries, Malaysia was seen as a land of opportunity. They were often able to leave behind a life of poverty in rural areas of China to find steady employment and flexible social mobility. Up until the 1950s, the relations between the Chinese and other ethnic groups were relatively friendly. With all ethnicities perceived to be treated equally under British colonial rule, interethnic exchanges became commonplace.

However, soon after independence from Britain in 1957, racial tensions between ethnic Malays and Chinese-Malays increased dramatically. The Chinese, who largely settled in urban areas, had dominated the business sector and amassed large amounts of wealth. Meanwhile, Malays mostly lived in rural areas, and many lived in poverty. This tension eventually led to the race riots of 1969, where at least 200 people died in the ensuing violence.

After the race riots, the Malaysian government pushed approaches that would favour ethnic Malays, such as the implementation of the New Economic Policy (NEP). The NEP’s official objective was to eliminate poverty amongst Malays and alleviate racial tensions by making the wealth of each ethnic group proportional to their total population. Under the new system, ethnic Malays would be given 70% of all university places, and schools that teach in the Malay language were given preferential status in subsidies. In addition, Chinese-medium secondary schools were required to teach in Malay in order to maintain their funding. This resulted in dozens of secondary schools refusing state financial support by establishing themselves as private, independent high schools. Other quotas outlined in this policy include entry into public administration and scholarships.

The implementation of these quotas eliminated the meritocracy that was present during British colonial rule and is the main source controversy today, as it makes it more difficult for other ethnic groups to find jobs which require tertiary education. Yet, the New Economic Policy dealt with more than just quotas. With regards to housing, the Bumiputera were given a minimum 7% discount on all new housing for a period of time, during which a certain portion of all housing must be sold to them. While such practices have increased the proportion of wealth owned by Malays and reduced poverty, the perceived unfairness of the policy has resulted in a greater racial divide, as Malays argue that the Chinese should be grateful for their strong economic position whereas the Chinese believe that they are treated as second-class citizens.

Another major point of contention for the Chinese minority is governmental and political representation. Despite making up almost a quarter of the population, in 2010 only 5.8% of Malay’s civil service was ethnically Chinese. Many Chinese feel that their interests are not being represented by the Malaysian Chinese Association, one of the parties that form the Barisan Nasional coalition, which has maintained rule since 1969. Instead, Chinese Malaysians are increasingly supportive of the opposition Democratic Action party, which advocates for secularism and equality for all ethnicities in Malaysia.

Due to the privileged position of the Malay population, as well as the lack of education and career prospects, many Chinese-Malaysians have already emigrated, with more following suit every year. The majority choose to settle in Singapore, as it is culturally and geographically the closest to Malaysia, with a majority ethnically Chinese population. Anglophone countries such as Australia, New Zealand, Canada, and the United Kingdom are also popular choices, as Chinese-Malaysians are generally fluent in English and are familiar with Anglophone culture. This, combined with the fact that many potential emigrants are young and well educated, means that they are able to quickly find a steady job and assimilate into other societies.

This significant emigration has effects on the entire state, and in turn all Malaysians, as well. With so many well educated middle and upper-class Chinese Malaysians leaving, it has become more difficult for Malaysian businesses to hire qualified professionals in all sectors, preventing them from operating more efficiently. This has far-ranging consequences, from slower growth of GDP to higher unemployment rates overall. The Malaysian government has recognized this and has set up a “Returning Expert Programme”, hoping to attract emigrants into coming back to Malaysia. So far, it has not been successful. In 2016, only 398 individuals agreed to return home.

At the current rate of emigration, it is estimated that the Chinese population will drop to 19.4% by 2050. However, some of the consequences can already be seen. The Peranakans, who had been able to maintain their culture for centuries, are suddenly seeing it disappear. The younger generation, who are more caught up amidst racial tensions and lack exposure to the ancestral culture brought about by the second wave of Chinese immigrants, are beginning to assimilate themselves back into mainstream Chinese culture.

Chinese Malaysians are an integral part of Malaysia. They play a massive role in the development of the nation and have contributed to almost every aspect of Malaysian culture. To simply sweep them under the rug with discriminatory practices will only continue their exodus from their homeland. Indeed, the gradual loss of these people may very well lead to the loss of its incredible diversity, one of many things that makes Malaysia so unique.