Nationalism in 2018: 3 Elections to Watch 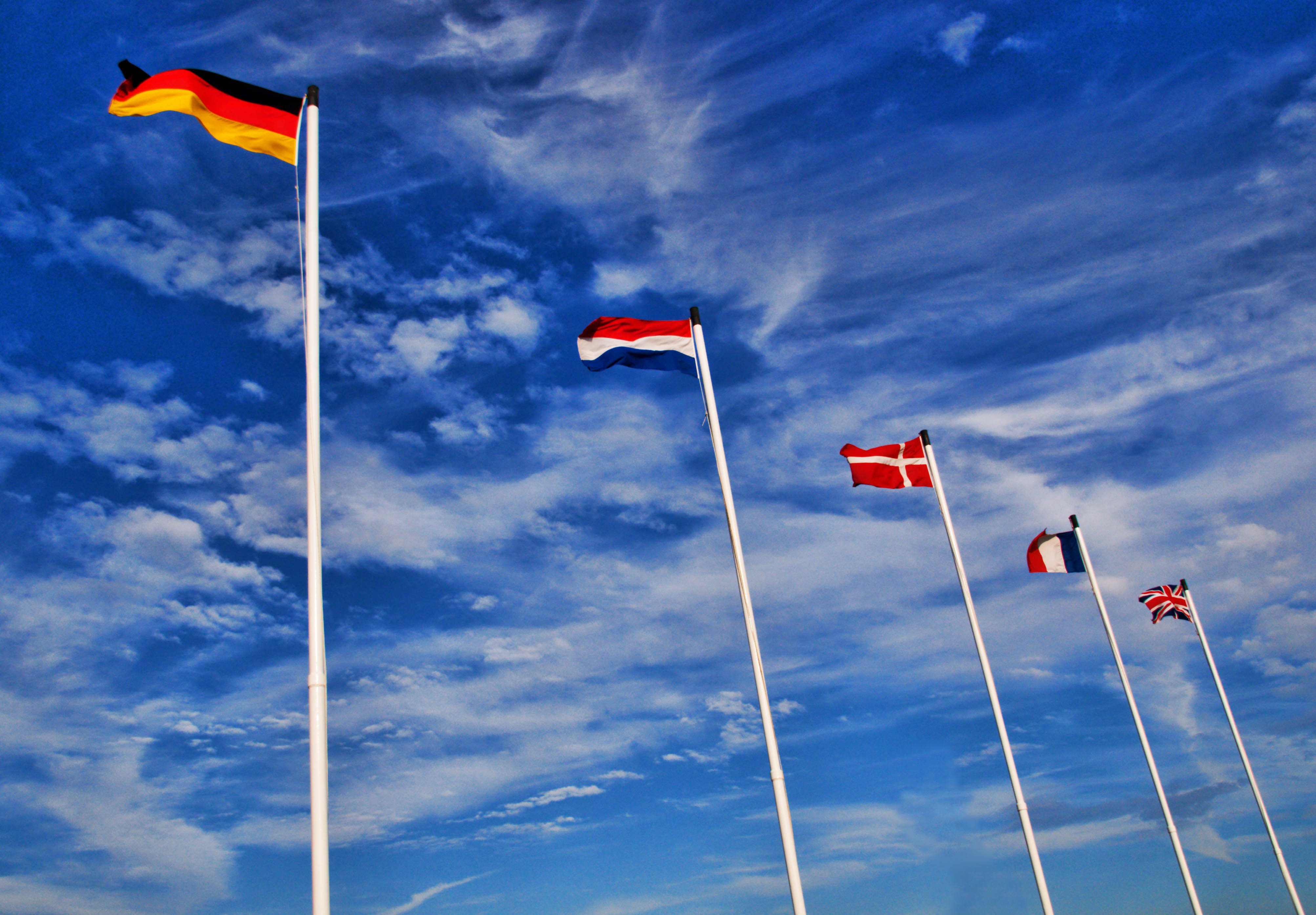 2016 was a year of baffling political upheaval, from the UK’s historic Brexit vote to Donald Trump’s victory in the U.S. presidential election. It’s now clear that these shifts — which were shocking to so many at the time — were only the beginning. 2017 proved to be just as turbulent a year for Western politics. In the past 12 months, the rise of nationalist sentiment continued to leave its mark on the Western political landscape. Populist movements made considerable strides in elections across Europe, rising from the fringes of political life to threaten the old guard. In the Netherlands, Europe’s bellwether for populism , the far right Party for Freedom was narrowly beaten to become the largest party in the country, ending up in second place. France followed suit, with its own nativist party, Front National, placing second in the national elections. Further east, nationalists in Austria and Czech Republic seized opportunities to enter their respective governments. The Freedom Party of Austria, a party founded by former Nazis, entered a coalition government in December. Andrej Babis, a billionaire populist who is often compared to Trump, won a decisive victory in the Czech elections. Anti-immigrant sentiment is still looming over Europe, with the Alternative for Germany (AfD) claiming 15% of seats in the Bundestag. Meanwhile, 2017 marked the first year of Donald Trump’s presidency, whose brand of nationalism is reshaping the political landscape of the United States.

2018 could be another pivotal year. Populists and anti-immigrant politicians in Europe are preparing to ride the wave of nationalism, while the moderate establishment is struggling to find an antidote. The rise of Eurosceptic parties is alarming for the survival of the Eurozone and the European Union at large. The mass immigration caused by the refugee crisis is uprooting European society and, by extension, its politics. Outside the continent, populism is taking force as well. As the United States grapples with its new president, midterm elections are likely to shape the country up for another politically contentious year. Across the border, Mexican left-wing populist Obrador could rise to power.

As nationalism continues to gain momentum in Europe, the U.S., and beyond, here are three important elections to watch out for:

On March 4th of this year, Italy will elect a new prime minister. The populist Five Star Movement (M5S), founded by comedian Beppe Grillo in 2009, is ahead in the polls. The Eurosceptic party grew in popularity after the 2008 economic crisis sparked an anti-EU backlash. Although initially in favour of stepping out of the Eurozone, the party has recently taken more a moderate stance on the issue. It’s doubtful, however, that M5S will be able to govern Europe’s third largest economy; so far, they’ve been unwilling to form alliances, and they are unlikely to gain a majority on their own. This presents a window of opportunity for a familiar face in Italy: Silvio Berlusconi.

The former prime minister is a major populist force in Italy who is looking to propel Forza Italia back into governance. Unlike M5S, the brash businessman-turned-politician is actively working with others on the right, even negotiating a pre-election pact with two far right, Eurosceptic parties. A coalition with the anti-immigrant Northern League party and the nationalist Brothers of Italy party — which has neo-facist roots — may give Forza Italia the boost it needs to gain a majority in parliament. Nevertheless, the future of Italy’s chaotic government remains uncertain — while the ruling centre-left Democratic Party is likely to be outnumbered in the swath of populists, the divided political landscape means that no one coalition is likely gain a majority. Issues of party leadership compound the problem: M5S’s Beppe Grillo is ineligible to run due to a conviction for manslaughter, leaving the inexperienced Luigi Di Maio to take his place as party-leader; Berlusconi is also barred from running for prime minister after his conviction for tax fraud (although he is looking for the ban to be overturned); and leader of the Northern League Matteo Salvini, while he has no criminal convictions which would prevent a run for office, is unlikely get enough votes to become the next prime minister. It is possible that the current prime minister Paolo Gentiloni will stay in office until a majority government is formed, but the election in Italy is as unpredictable as ever. What is clear, however, is that populists are at the forefront of the race, and the anti-European and anti-immigrant sentiment in Italy seems closer than ever to being legitimized as government policy.

Since Viktor Orbán became prime minister in 2010, Hungary’s government has been criticized for turning the country into an illiberal democracy. His ruling conservative party, Fidesz, has become known for its nationalistic, anti-immigrant positions, occasionally landing the government in hot water with the European Union. A self-proclaimed hardliner against multiculturalism, Orbán himself recently called Syrian refugees “Muslim invaders”. Regardless of Fidesz’s poor standing abroad, however, the party remains very popular at home — and after losing its supermajority in a 2015 by-election, Fidesz is looking to regain a two-thirds majority in parliament during the upcoming election. Fidesz currently has a comfortable lead in the polls at 35%, but Orbán’s party is looking to fend off any challengers from the right. Their main rival, Jobbik, is a eurosceptic, anti-immigrant party on the far right. Not unlike many far right parties in Europe, Jobbikhas neo-Nazi roots, an image that its current leader Gabor Vona is trying to move away from. Hungary’s leading party has been prone to anti-semitic overtones as well, which became apparent after anti-Soros posters paid for by Fidesz surfaced over the country last summer. Billionaire George Soros has been targeted by Fidesz as a symbol of multiculturalism and liberalism in the country — Orbán has even attempted to shut down Soros’s liberal-leaning university in Budapest. Most importantly, the government’s anti-democratic actions threaten the integrity of the upcoming elections, likely influencing its results. Jobbik, for instance, has been targeted with a two million euro fine for alleged campaign finance irregularities, which could drastically weaken the opposition party. This apparent abuse of authority prompted an unprecedented call by leftists to work with Jobbik to defeat Fidesz — although it’s unlikely that either the fractured left or the far right can beat Fidesz in the upcoming election. It remains a concerning sign, however, that the leading party has progressively moved further right, and its main opposition is itself considered a far right party. Several nationalist fringe parties are also looking to gain entry into parliament — Force and Determination is a radical group who recently demonstrated against letting immigrants into the country. Hungary’s election results will be an important gauge for how potent nationalism really is in Eastern Europe

While European countries are bracing themselves for a hoard of right-wing populists, Mexico is looking to elect one on the left. Firebrand candidate Andres Manuel Lopez Obrador, known as ALMO, has benefited from president Enrique Peña Nieto’s unpopularity. The governing Institutional Revolutionary Party (PRI) has been hit with a wave of corruption scandals which have undermined the credibility of the party, hurting their chances to get likely candidate Jose Antonio Meade elected. Obrador is an anti-establishment candidate who leads the National Regeneration Movement (MORENA), and he is currently ahead in the polls. A potent factor in Obrador’s rise is his fierce anti-Americanism in response to Trump’s harsh rhetoric on Mexican immigration and trade. Meanwhile, Peña Nieto, who cannot run for president again, was criticized for meeting with Trump while he was still a candidate. This did not go over well in Mexico, where nationalism has risen in response to American hostility. Peña Nieto’s presidency is also hampered by tough negotiations on NAFTA with the Trump administration. Obrador, who previously opposed the trade deal, is now adamant to head renegotiations if he were elected. Analysts fear that if Trump and Obrador are to lock horns over the deal, it could have negative economic consequences and potentially end NAFTA. Meanwhile, the more aggressive Trump is on Mexico, the bigger the boost for ALMO. It is uncertain if Trump will be Obrador’s good luck charm, as he runs for president for the third time. It is clear, however, that nationalism has spilled over the border, which has made the July 1st election one to look out for.