On American Violence and Alienation 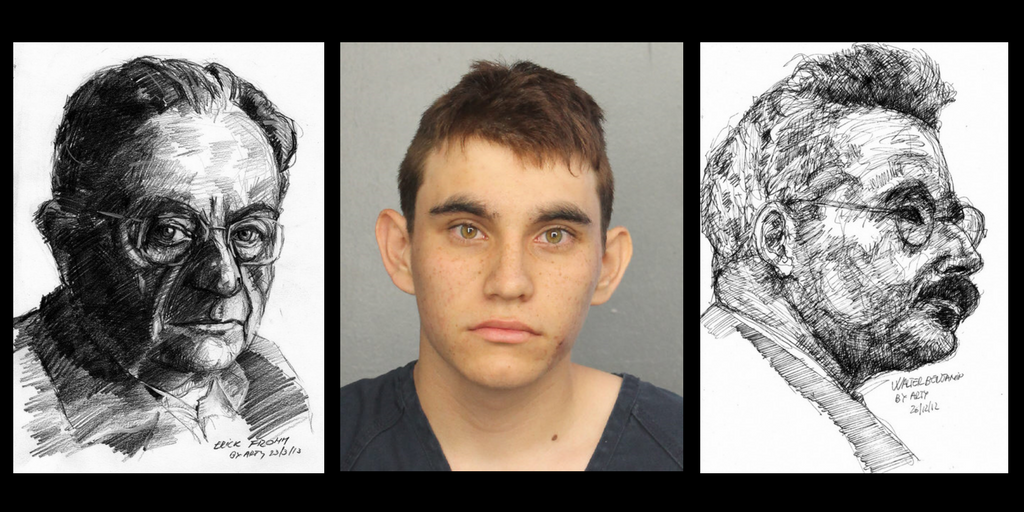 In a February 20th article of the National Review, noted conservative Ben Shapiro argued that the victims in the recent Parkland School shooting were too immature to think through the issue of gun control rationally. While they did admittedly gain some first-hand experience with the consequences of gun culture when a former student tried to take their lives from them, this didn’t magically give them unique insights into how government policy around guns should be oriented. Moreover, Shapiro accused the left of having an “emotional” reaction to this issue, and exploiting the young victims of the shooting to engender a similarly emotional reaction from the public. This seems to be Shapiro’s iteration of the now standard Republican accusations that their opponents attempt to politicize the gun issue whenever there is a mass shooting, since clearly the honest thing to do is to simply send hopes and prayers before cashing the next NRA donation.

Shapiro’s typically trite observations bring to mind the observation made by philosopher and psychoanalyst Erich Fromm in The Sane Society many decades ago: that in a truly sick society, madness can assume the guise of rationality.  Shapiro speaks for many Republicans when he implies that his position on firearms is the only rational one, contrasted with the “emotional” reactions of weak-willed victims and mourners. The irony is that, for many, the ‘right to bear arms’ is justified by little more than bias towards the status quo. Supporters make the tautologous claim that they should have a right to bear arms because the Constitution says they have the right to do so. This position is held with such pious fundamentalism that leading Republican such as the President are debating whether the most practical solution to school shootings is arming teachers. This is a magnificently strange position, where apparently the solution to gun violence in schools is more guns in schools. The banality and dangers of such a solution boggle the imagination.

Of course, Republicans have not limited themselves to simply proposing empirically ungrounded policies. Some have taken it upon themselves to explain why school shootings have occurred and to concurrently justify gun culture. Dana Loesch, spokeswoman for the NRA, is a notable recent example.  She invoked the favoured line in this case; that gun violence is caused by individuals with mental illnesses. Other Republicans have had more esoteric arguments. Donald Trump resurrected the long-discredited claim that violent video games are to blame. Matt Bevin, the Governor of Kentucky, blamed music and pornographic images for destroying the “fabric of America”. In each of these cases, the causes of gun violence are localized to culture or individual determinants in order to shield the weapons industry from any blame. Naturally, the favourite targets of socially conservative Republicans—from modern music to popular Millennial forms of entertainment—are castigated as the true culprits for their role in destroying the fabric of society.

The irony is that there is a degree of truth to these claims. Republicans are wrong to claim that the mass production and dissemination of deadly weapons across society is not to blame for gun violence. One need only look at the far lower rates of gun violence in any number of developed states with stricter gun laws for evidence. The tendency to believe that analogous laws would not work in the United States is an extremely bizarre formulation of American exceptionalism. However, Republicans are right that the broader culture is in part to blame for what has happened. To understand the roots of gun violence, social actors need to look more deeply at its roots in the broader culture and history of American society…but Republicans are right about this for all the wrong reasons.

The modern Republican Party is defined in no small part by its myopic partisanship. This is why so many of its chosen culprits for gun violence—madness, video games, pornography, modern music—seem to have been copied wholesale from a segment of Bill O’Reilly’s now defunct television show. No attempt is made at a more general and structural examination into the roots of American violence; probably because doing so would itself undermine so many cherished Republican idolatries.

Earlier, I invoked Erich Fromm’s comment that in a sick society, madness would start to look like a form of rationality. This observation referenced the Fascist states of Italy and Nazi Germany, where as Walter Benjamin put it in The Work of Art in the Age of Mechanical Reproduction (1935), society had turned itself into a kind of entertainment for itself as violence, prejudice, and hyper-partisan nationalism were all encouraged and transformed into propaganda and spectacle. This dangerous society emerged in a capitalist context where people were increasingly alienated from one another. Capitalism, as a revolutionary form of production and distribution, had destroyed earlier and more communal forms of life—many of them organized around religion. It had replaced them with a society in which each individual found themselves in competition with all others in a war for survival and standing within a hierarchy. For Benjamin and Fromm, it was no surprise that in such a hyper-alienated context, individuals would feel deeply lonely and resentful. They would find it highly attractive to turn to violent but entertaining forms of political association that would provide them with a sense of meaning and community, while also offering the opportunity for publicity and fame by clamping down on others. In such a society, individuals would direct their psychic energy towards a paradoxical activity: feeling powerful by publically degrading the lives of others. This, of course, reached its apex with the genocide.

America today looks ever more like the type of societies described by Fromm and Benjamin. Driven by technological and economic transformations, political culture over the past few decades has shifted so that one’s position on a given issue is often connected with a given ideological identity. Despite their tendency to call for a return to “traditional values,” Republicans and other conservatives, rather than Democrats, have become experts at exploiting this. Right-wing media and political actors, from Fox News to the NRA TV, claim that the identity of white Christian Americans is under attack from a variety of malignant social actors against whom they need protection. But more than this, right-wing media and political actors exploit the feelings of alienation created in modern societies by directing it against unpopular and marginalized identities to distract from the deeper underlying problems. Rather than addressing the problems created by modernity, politics becomes a kind of partisan entertainment where one side clashes with another, and the point becomes to defeat and dominate rather than achieve some kind of long-term resolution to social conflict.

In these conditions, it shouldn’t surprise us that many alienated individuals turn to gun violence as a way to feel powerful and warrant attention. Many of these individuals come from broken and poor homes and have few prospects in life. On top of this, they exist within a society where media and politics suggest that conflict and destruction are both a way to resolve problems and to garner attention for one’s self and one’s cause. Given such conditions, the tragedy of American violence is that society as a whole contributes to it. Understanding the roots of this violence means looking more deeply into the culture rather than just blaming video games and music. It will mean examining how the economic and political order we inhabit produces individuals who feel they have no other option but to go down in a blaze of hatred on live television.

Matthew McManus recently completed his graduate work on democracy and human rights at York University. He is currently writing a book on international law for the University of Wales Press. He can be reached at garion9@yorku.ca.