Review’s Radio: Exploring the Possibilities of a Renewed Cold War with Prof. Brawley 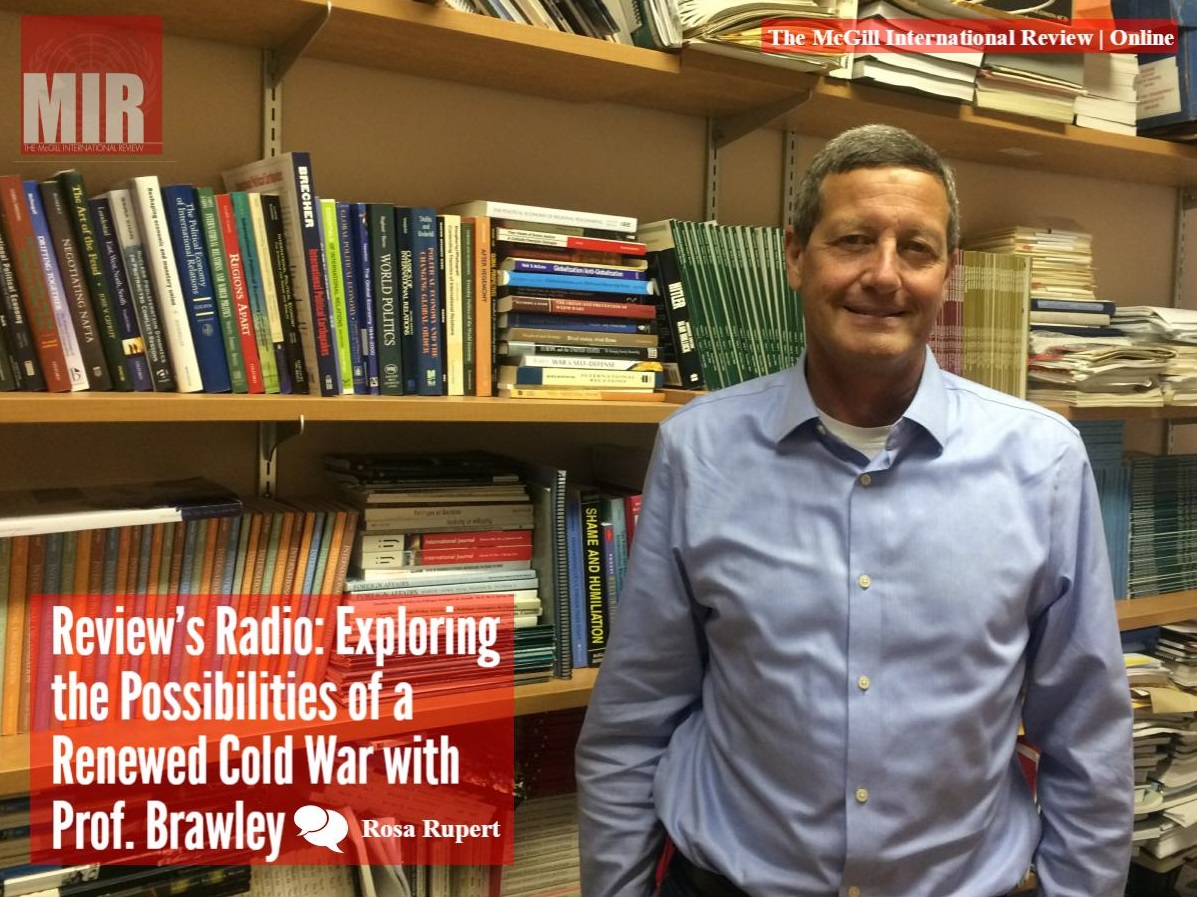 In this second episode of the engaging biweekly podcast series of the McGill International Review, Review’s Radio ‘on Demand’, we explore the possibilities of renewed Cold War tensions (or worse, “a hot war”, as former Soviet statesman Mikhail Gorbachev called it) between the United States and Russia.

This week’s guest: McGill International Relations professor Mark Brawley, specialized in international political economy, hegemony and ’causes of major wars’, specifically. According to him “just the fact that they are shooting each other doesn’t mean you should let it escalate, right?”

Stay tuned for the next episode, for which we will go to the (forgotten?) East of Europe.
Share FacebookTwitterGoogle+ReddItWhatsAppPinterestEmail