The Fall of Fallujah 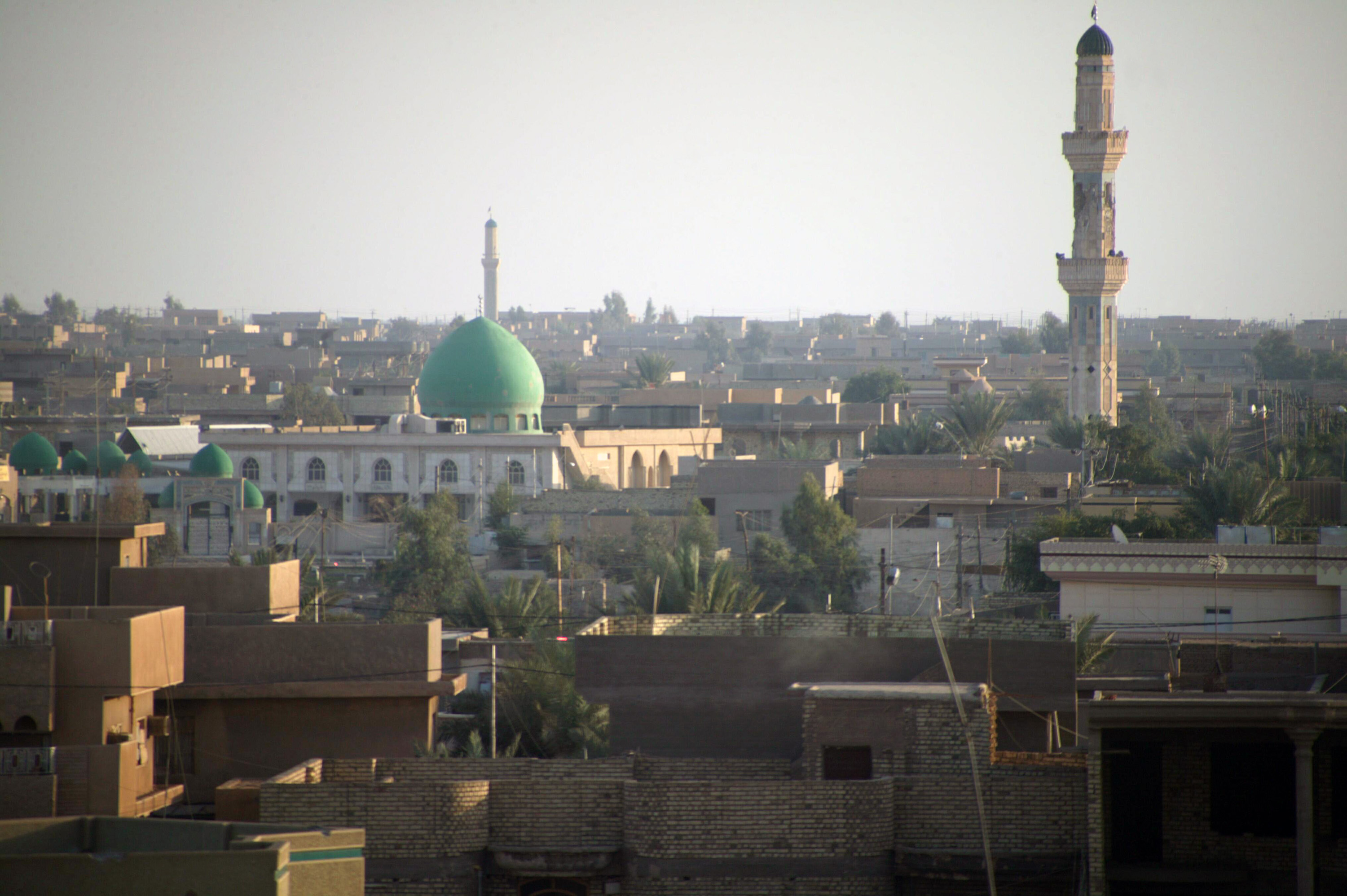 After two long years, the Iraqi flag flies once again in Fallujah. The fighting still continues in the city, but Prime Minister Haider al-Abadi was quick to announce on Friday that “Fallujah has returned to the nation and Mosul is the next battle.” Following this quite premature announcement, the US government claimed on Tuesday “approximately one-third of the city of Fallujah has been cleared by Iraqi-led ground forces.” The region now faces a massive humanitarian crisis as over 85,000 people have been forced to flee the city since this past month.

Fallujah became infamously known across the globe as the Iraqi city in which 100 American troops were killed in 2004 alone. The Sunni majority city has long history of being conquered since then. The US, al-Qaeda in Iraq (ISIS’ predecessor), the Islamic State, and now Iraq once again, have all exercised some degree of control in the city within the past 12 years. With all these power changes, one might wonder what makes the city so prioritized. More importantly, what happens after will be a great test and reflection of al-Abadi’s commitment to reconciliation and struggle of governmental legitimacy in a post-war Iraq so that the city of Fallujah does not fall back into the hands of non-state combatants.

The following timeline illustrates some of the key events which took place in Fallujah during the past 13 years:

28 April, 2003 – Fallujah inhabitants demonstrated against the presence of US troops in the city. American soldiers open fired on protesters, killing 17 and injuring 30.

31 March, 2004 – 4 US Blackwater contractors were murdered, burned, and hung over a Euphrates bridge.

April, 2004 – In retaliation, the US intensely bombed Fallujah (First Battle of Fallujah).

30 April, 2004 – Starting in May, the US launched a massive offensive in the city over the next 5 months (Second Battle of Fallujah).

24 December, 2004 – US forces retreated from some parts of the city following multiple attacks.

18 March, 2007 – al-Qaeda members blew up a chlorine tanker, killing 3 US soldiers and causing hundreds of injuries from the gas.

1 January, 2013 – Mass demonstrations took place against the Iraqi government’s policies and the killing of demonstrators.

23 May, 2016 – Iraqi PM Haider al-Abadi announced a new offensive to liberate Fallujah involving both the Iraqi army and Shia militias.

17 June, 2016 – al-Abadi declares victory over the Islamic State in Fallujah.

Today – The fighting continues between the US-aided Iraqi army and the Islamic State. A massive humanitarian crisis within and surrounding the city is underway as over 85,000 people are displaced.

To begin, the importance of Fallujah must not be measured only by strategic value, but by symbolic value as well. With the exception of Mosul, Fallujah was the last major stronghold controlled by Daesh in Iraq. It is a microcosm of the region’s sectarian divides, and a very strong example of the need for a new power-sharing agreement for Sunnis and Shiites in the Iraqi government. The new Prime Minister faces the issue of bringing the Sunni minority back into a position with some power. A balancing act of keeping support from the Shiites while gaining legitimacy from the majority Sunni population is further complicated with the Kurdish minority population in the north, who are calling for Mosul as the capital of their post-war autonomous region.

Al-Abadi faces a difficult immediate problem in the city. The Shiite militias in Fallujah have been accused of torturing and abusing many of the civilians fleeing the city on a sectarian basis. What makes it difficult for the Prime Minister is that these militias are not controlled by the Iraqi army, and are instead backed by Iran. Arrest warrants have been issued, but the follow-through is still unclear. This further reflects the weakness of the central government. Stronger attempts of bringing justice to these issues must be demonstrated in order to begin the long-term task of stabilizing the region and bringing the Iraqi people together against Daesh.

A political solution is necessary, but stability cannot be reached right away. It will be a long-term commitment, especially if the Shiite population maintains the vast majority of control and is dominated by Iran. With an increase in Iranian influence in the lead up to the offensive on Mosul and afterwards, it is only a matter of time until new groups of militants step up to fill the place of Daesh and consequential conflict breaks out.

The road to Mosul is one that must not fully leave behind Fallujah. The Iraqi government must do all that is in its limited power to prevent local reprisals and violence. The recognition of political reconciliation and inclusion is crucial to ensure the prevention of a chaotic landslide in which Fallujah has found itself far too many times.