Trouble in Paradise: The Ethics of Tax Havens 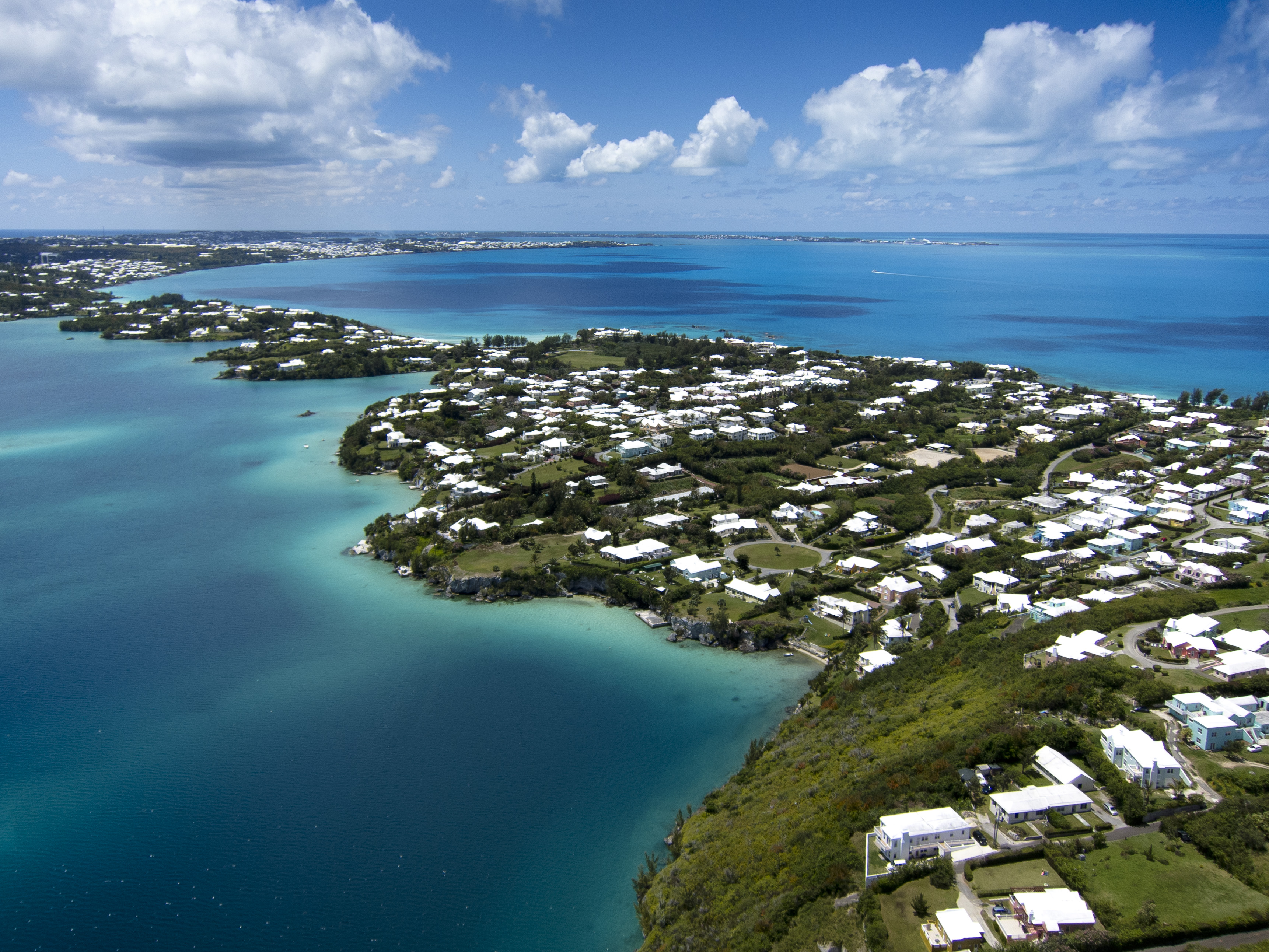 Bermuda’s beautiful pink beaches and tropical treasures have become background for the latest financial scandal, involving the leak of the Paradise Papers, where 13.4 million confidential files were leaked from Appleby corporate law firm. The documents detail the offshore investments of more than 120,000 people and companies. The leak of the Paradise Papers spotlights how ubiquitous and commonly-used offshore tax havens are by corporations and elite individuals.

Although the tax havens are legal around the world, they operate under a veil of secrecy where corporations and individuals pay premiums to agents that manage the business’s activities in the tax haven, thus ensuring their anonymity concerning their role in the company. The mere existence of tax havens calls into consideration the regulation of financial transactions that take place on their shores and more importantly the ethics of how they operate. Tax havens function in an unjust manner because they allow corporations and rich individuals to escape their moral responsibility of paying the prescribed proportion of tax in their home country, undermine existing tax systems, and exacerbate global inequality.

Tax havens are jurisdictions where taxpayers are able to benefit from lower taxes and allow companies to minimize their tax liabilities. A frequent use of tax havens by businesses is corporate profit shifting, where companies register their headquarters in a tax haven rather than the country where its sales take place. This allows the businesses to pay lower corporate taxes. Consequently, individuals can also benefit from the existence of tax havens by becoming a resident in the jurisdiction. They can set up trusts in these off-shore havens in order to legally avoid paying capital gains taxes. Tax havens are innocuous if the parties involved pay the taxes in their home country. However, they are very easily exploited for personal benefit and tax avoidance.

This is the case for many parties named in the leak of the Paradise Papers. The discovery and dissemination of the Paradise Papers by the German newspaper Süddeutsche Zeitung and the International Consortium of Investigative Journalists was one of the largest data leaks in the world, only second to the Panama Papers. Appleby, the primary law firm involved, is headquartered in Bermuda. The Bermudian government denies its status as a tax haven. The government maintains that it has a sovereign right to maintain a 0% corporate tax. Bermuda has never had a personal or corporate tax because it is too expensive to administer. Furthermore, formerly the government has put systems in place such as the automatic sharing of taxpayer information and closely monitoring companies registered in Bermuda. The overseas British territory closely cooperates with US and EU authorities to ensure that corrupt practices do not take place. Furthermore, the Bermuda Business Development Agency released a statement noting that “Bermuda does not qualify as a tax haven under a clear OECD definition that stipulates criteria, including lack of transparency and lack of information exchange”. In extension, the Cayman Islands and several Caribbean countries were involved in this scandal due to their favourable tax regimes.

There are several corporations and famous individuals that were exposed in the leak of the Paradise Papers, including almost 100 multinational corporations, notably Nike, Apple, and Uber. The papers detailed the mechanisms the corporations employed such as corporate profit shifting and formulating strategic tax planning schemes to further minimize taxes.

In addition, members of the royal family, celebrities and over 120 politicians such as Liberian President Ellen Johnson Sirleaf; several of Donald Trump’s cabinet members, advisors and donors; and Prime Minister Justin Trudeau’s chief wealth manager had large stakes in the off-shore dealings. Queen Elizabeth’s private management of finances and investments by the Duchy of Lancaster was criticized once her £10 million investments in offshore tax havens were discovered. By holding investments in the Cayman Islands and Bermuda the Queen was able to avoid British taxes. These allegations tarnish the reputation of the monarchy. The royal family has great power and influence in the United Kingdom. Therefore, their financial investments and dealings should be transparent and ethical. The Paradise Papers make it difficult for the monarchy to uphold the trust of the people that they operate in their best interest.

A very frequent response by corporations and individuals after the release of the Paradise Papers is similar to the one given by Tesla: “We are fully compliant with the law.” This is largely factual; most tax havens are regulated by the jurisdiction of the nation under which it operates. However, the business has to pay significantly lower taxes. Former US President Barack Obama noted, “There is no doubt that the problem of global tax avoidance generally is a huge problem. The problem is that a lot of this stuff is legal, not illegal.” Obama criticizes the legal structures that allow for corporations to exploit the use of tax havens. Therefore, a question arises based on the conflict of ethics rather than legality: is the use of tax havens financially ethical?

When the average citizen is legally obligated to pay their fair share of taxes while wealthy individuals and corporations can avoid their proper tax payments, there are issues of national interest and ethics that arise. Taxes are a form of social responsibility for businesses. Taxes are fundamental in raising government revenue for public services such as infrastructure, public transportation, healthcare, etc. By avoiding taxes businesses only operate for-profit and do not take into account the overall well-being of the country. This reduces the identity of the businesses to capitalistic and greedy, thus damaging their reputations. Tax havens facilitate immoral practices by providing businesses with a loophole to minimize their tax payments. Tax havens allow businesses to elude and undermine their social responsibilities

When there is a majority consensus concerning the unethical nature of tax havens, a question that arises is: why do these structures still exist? Several of the figures named have large political influence, whether it is through their political positions, financial support or the beneficial economic activity conducted by the firms. Therefore, the power wielded by such individuals can be used to prevent the implementation of laws that prevent tax avoidance in tax havens. Thus, tax havens become a breeding ground for tax avoidance. This compromises the integrity of the tax system by illustrating that businesses and wealthy individuals are not held to the same standard when it comes to tax payments. Consequently, in time, this can aggravate income inequality because rich people are paying a lower proportion of their income to taxes.

A tax haven can just be what the name entails: a financial haven for people escaping oppressive conditions or economic instability in their home country. Minorities such as homosexuals in the Middle East and Russia, ethnic minorities around the world and state defectors in dictatorships face a greater risk of their government seizing their assets and have nowhere to turn to securely invest their money. Tax havens provide the opportunity to these residents to remain anonymous and prevent economic and financial extortion by their unjust governments.

Furthermore, there is an economic case for the existence of tax havens. Tax havens promote international investments and accelerate the rate of globalization. These offshore investments prevent government overreach, where some companies may have to pay double the taxes, and they allow the free market to operate more efficiently. Countries that are considered tax havens are heavily dependent on international businesses and investments as a large proportion of their GDP. They would face severe difficulties in replacing the gaps in employment and economic activity if there were a crackdown on tax havens.

Conclusively, the Paradise Papers are able to highlight how tax havens are “sunny places for shady people”, facilitating tax avoidance.  Appleby law firm is facing scrutiny for facilitating the exploitation of tax havens by wealthy individuals and corporations through schemes such as corporate profit shifting and offshore trusts. There is a duality between the legality and ethics of tax havens. Tax havens allow companies to abscond their social responsibilities, undermine the tax system and are therefore unethical. Tax havens are not sufficiently regulated by the government and do not provide all individuals with the equal opportunity for investment. However, they continue to exist due to the lack of government action against them and the moral and economic case in their favour.