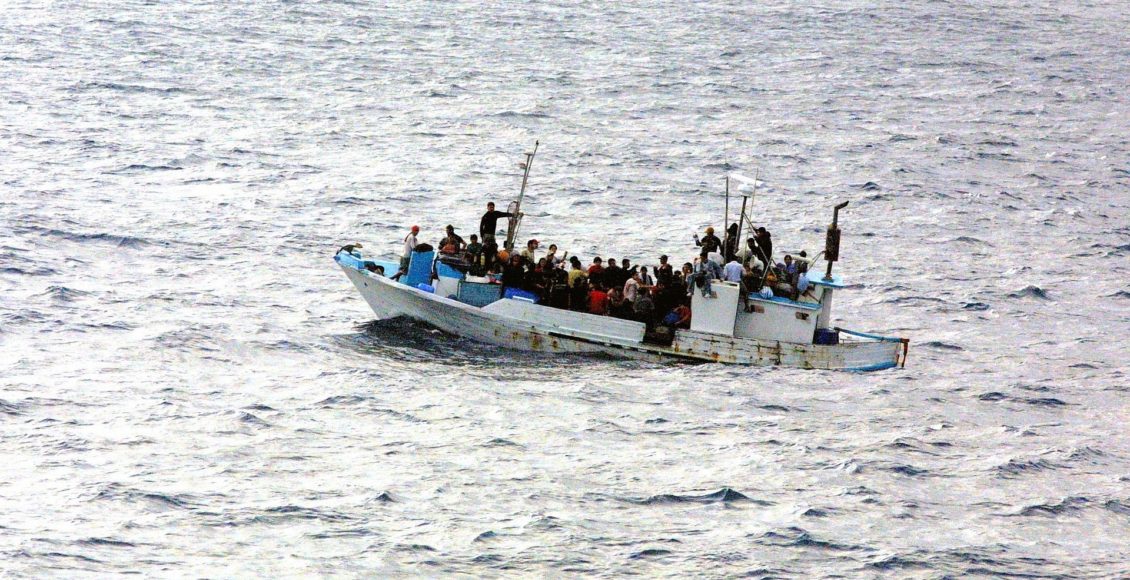 The world is currently experiencing a massive demographic shift. In 2015, the United Nations High Commissioner for Refugees (UNHCR) reported that the number of displaced individuals around the world had exceeded post- World War II figures. With an increase in global conflict and persecution, many displaced peoples have sought to leave their respective countries and seek asylum and/or refugee status in another. As a result, the European Union (EU) experienced a massive wave of displaced individuals trying to seek protection, with over 2.3 million illegal crossings through its borders in both 2015 and 2016 alone.  The recent growth in migration has prompted a response from the international community, wishing to effectively handle this ongoing global trend. Most notably, the United Nations (UN) Global Compact for Safe, Orderly and Regular Migration was adopted at the United Nations General Assembly (UNGA) in September 2016 and was officially upheld in late December of 2018. Based on the UN’s claim that the “forced displacement of populations is a global crisis that requires a collective effort by the international community,” the Compact is seen as a means by which states can cooperate to achieve this objective.

“Refugees and people seeking asylum 2017, by country of origin” from the UNHCR 2017 Global Trends Report, https://www.refugeecouncil.org.au/getfacts/statistics/intl/global-trends-2017/.

With the surge of asylum claimants, mainly from the Middle East and Northern Africa, many European countries have been overburdened with asylum claims, unsure of how to accommodate and assimilate a large influx of migrants. One example of this is the case of Germany, which accepted approximately 1.1 million asylum-seekers in 2015, garnering several criticisms towards Chancellor Angela Merkel, who has been accused of leading Germany “toward division instead of unity.” This migrant crisis triggered increasing support for ‘far-right’ political parties, mainly across eastern Europe, which sought to prioritize the preservation of their external borders within their political platforms, as well as bring focus to border protection challenges within national policy discussions. In addition, it became apparent that the EU’s asylum and immigration laws, as well as refugee quotas, had to be quickly reevaluated.

As a result of the lack of preparedness of EU countries following the migrant crisis, UNGA’s decision to draft the Global Compact for Safe, Orderly, and Regular Migration was aimed to “foster international cooperation” and create effective tools to ensure the readiness of states in an age of rising migration. It is especially important to note that, like other UNGA resolutions, the Compact is ultimately legally non-binding, meaning that countries that agree with the goals of the Compact are not obliged to execute its terms. However, it has been noted by critics as a step towards actively facilitating migration around the globe, believing that the Compact refers to migration as “a positive process that must be encouraged, and accordingly new migration channels must be opened and migrants cannot be differentiated based on their legal status.”

In the current international political climate, where there is an observable ideological battle between ‘nationalists’ and ‘globalists,’ the UN Compact has rendered several criticisms from ‘nationalist’ political figures and parties. Such criticisms include fears that the Compact will gradually lead to the degradation of state-sovereignty, lack of control over borders, and the destruction of European culture by non-Europeans. This sentiment is echoed by Anne Marie Waters, leader and founder of the United Kingdom’s For Britain Party, who argues that European nations should not sign-on to the Compact, and instead “put their own people first.” Following the UNGA’s draft of the Compact in 2016, 193 UN member states were initial signatories. With that being said, the Compact’s proposal at the December 2018 Intergovernmental Conference on the Global Compact for Migration in Marrakech, Morocco, has led several countries to withdraw from the Compact, many of whom have cited similar reasons as Waters. As of now, the United States, Hungary, Austria, Poland, the Czech Republic, Latvia, Slovakia, Australia, Chile and the Dominican Republic have withdrew their participation. It is also rumoured that Switzerland, Israel, Estonia, Italy, Bulgaria, and Slovenia will pull out from the Compact as well.

With the Compact ultimately non-binding, it is reasonable to question why several nations have withdrawn, as overall, the goals of the Compact can be said to be noble and considerate of human rights. Such an amount of backlash, however, demonstrates that it is not its non-binding status which is of issue, but rather the symbolic impact the Compact may pose. An approval of the Compact entails potentially sanctioning international bodies with the mandate to control immigration, and thus, a fear that states will have their sovereignty gradually eroded. Such fears are justifiable to many states, as approving the Compact can be perceived as a slippery slope for international organizations to seize more power at the expense of states. In addition, UN member-states that have withdrawn believe that the Compact does not respect their ability to prioritize their national interests. As the Australian Home Affairs Minister, Peter Dutton, has stated:

Angela Merkel has agreed that Germany will remain in the Compact, encouraging the international community to also do so in an effort to oppose “nationalism in its purest form.” Nonetheless, it is yet to be evaluated whether opponents of the Compact are inherently ‘nationalist,’ or are simply concerned with their ability to preserve control over their state’s borders and fulfill the demands of their citizens, challenging the idea that maintaining the territorial integrity of the state and being ‘nationalist’ are synonymous. As Sebastian Kurz, Chancellor of the Austrian People’s Party, pointed out: unlimited migration “overburdens [the] system and cannot function,” maintaining the position that Austria will always “stay a country open to the world.” In addition, as the Compact mentions that “refugees and migrants are entitled to the same universal human rights and fundamental freedoms, which must be respected, protected and fulfilled at all times,” the philosophical notion of a ‘human right’ in and of itself becomes less clear. Issues arise as the inherent ‘universality’ of these freedoms is not agreed upon by everyone in the world. Furthermore, ensuring the UN claim of everyone being entitled to “freedom,” “justice,” and “peace” is difficult for states to fully guarantee. While such rights are important to strive towards, the UN’s claims are nevertheless aspirational and legally non-binding, leaving for a large a degree of ambiguity both in defining these values and the terms of their implementation.

With the approval of the Migration Compact having already taken place, many other questions regarding the Compact’s goals are still left unanswered. Primarily, the cost aspect is left entirely unaddressed. While it is important to ensure the safety of legal migrants, the countries which accommodate them must be in a financial capacity to do so. Most notably, Italy has dealt with the brunt of the refugee crisis, accepting around 120,000 migrants who arrived in 2017 by sea amidst a looming economic crisis. In addition, it has been stated that the Compact conflates the definition of a refugee and economic migrant, with a common belief that that those entering the EU are not urgently fleeing their homeland, rather migrating out of economic necessity. In fact, some critics have gone so far as to call the Compact a “hidden resettlement plan for economic migrants.” While the Compact does point out that “refugees are entitled to … specific international protection as defined by international refugee law,” it still hopes to ensure the protection of migrants’ universal human rights, questioning whether or not the Compact actually acknowledges that protections given by a state are exclusive to refugees or to any individual considering themselves a ‘migrant.’

The criticisms garnered by the Compact are a result of the many inconsistencies present within it. If the international community as a whole wishes to guarantee state adherence to the Compact, the UN must be able to adequately answer these aforementioned questions and/or establish a more comprehensive agreement under which mass migration can be appropriately addressed. The international system constantly strives towards state cooperation in order to conclude agreements and reinforce international norms. While this aspect of global politics is incredibly important, state sovereignty and the ability of states to protect its borders must be prioritized above all. After all, as the international system is defined by its non-binding nature and its legitimacy ultimately built on state consent, it is important to recognize that respecting the inherent roles and functions of states is essential to establishing a well-functioning global order able to adequately deal with issues such as mass migration.