Undermining Democracy and the End of Press Freedom in Turkey 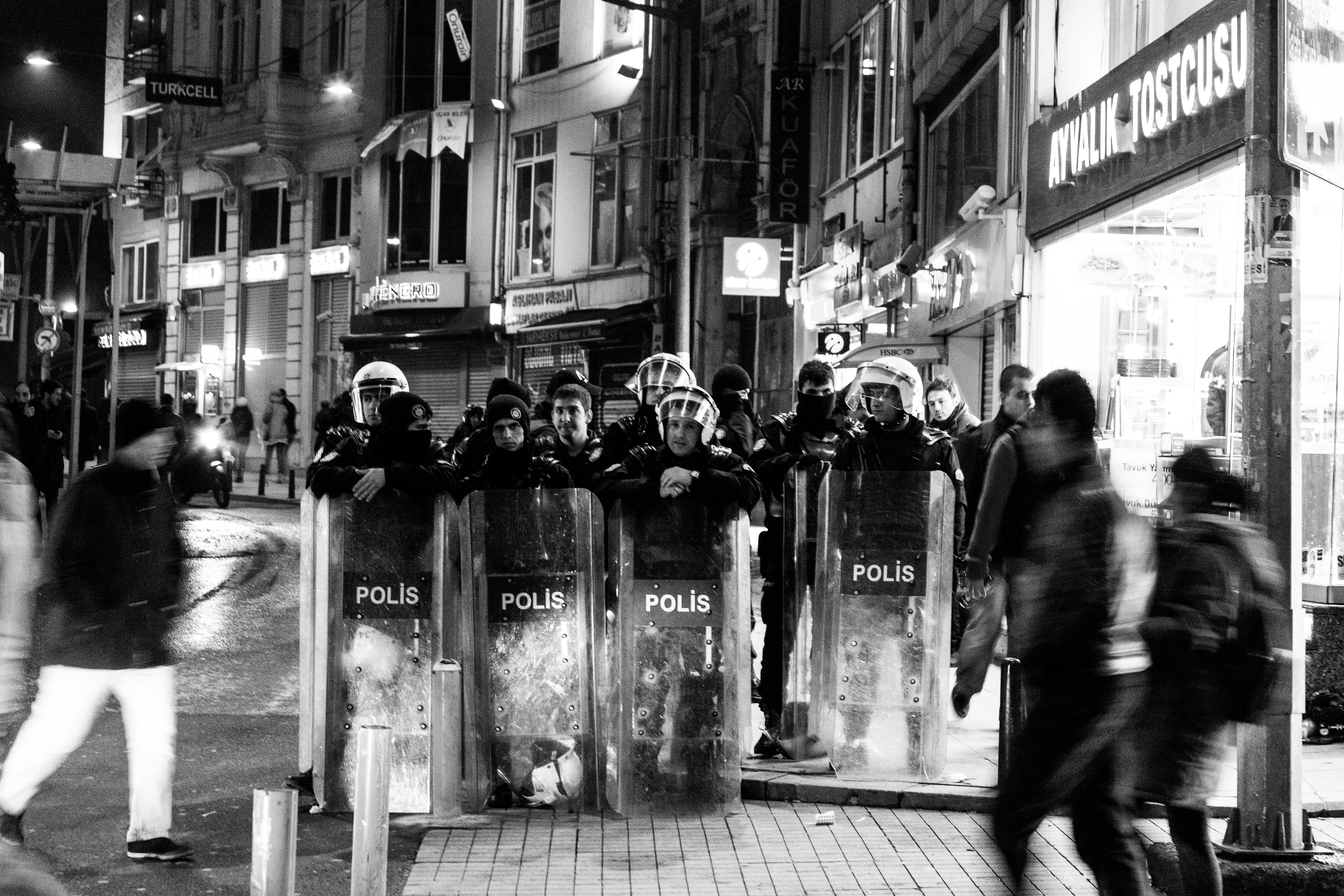 “Zaman, killed on Friday, wakes up on Sunday as a pro-government zombie.” President Recep Tayyip Erdogan of Turkey can be seen on the new Zaman newspaper’s front page smiling and promoting international women’s day; a sight unfamiliar with Zaman, Turkey’s highest-circulation newspaper. Police in riot gear seized the paper’s headquarters in a raid last Saturday, in debatably the largest shock yet to the freedom of press in Erdogan’s Turkey. Within days after the seizure, the paper quickly shifted from publishing oppositional media to publishing pro-Erdogan propaganda.

The circumstantial factors of the situation reflect not only a power struggle with the Gulen movement (an anti-government stance which started over two years ago), but also an intense shift away from democracy and a dark future for the Republic of Turkey. This takeover is only the most recent of Erdogan’s authoritarian efforts, which have not only included imprisoning opposition, but also reigniting war on Kurdish guerrillas to serve his political interests. He now controls many media outlets in Turkey and has imprisoned a vast amount of critics, many of them Kurdish.

Turkey was once hopeful of a democracy, but the hope seems to be falling apart now. The question is whether it is too late to turn back, and what this means for the future of country (the Kurds specifically) and the rest of the world. Turkey is hopeful of membership in the EU while hosting the very persistent task of controlling the refugee crisis. It will be interesting to see how these factors play out as the government becomes increasingly authoritarian.

To emphasize the absurdity of the situation at hand, there are multiple cases of imprisonment and the silencing of journalists other than the seizure of Zaman. In my first month of writing for the McGill International Review, I published an article criticizing Erdogan for bombing the PKK to serve his political interests in the following election. Shortly after, I received a long email in defense of the criticism from the Turkish Embassy in Ottawa. The Turkish government is so insecure that it has to defend itself against an analysis written by an undergraduate student in Montréal, Canada. In the big picture however, my case is not unique. The crackdown on journalists who report the inconvenient truth is extremely evident. Permits for foreign journalists to cover stories within the country are being denied, and even if they were allowed in, it’s quite possible that they would join numerous other arrested journalists across Turkey.

Within the country, imprisonment and intimidation of anti-Erdogan journalists is skyrocketing, and the recent November arrests of Can Dundar, the editor-in-chief of opposition newspaper Cumhuriyet, and his associate, Erdem Gul, emphasize this. The two were released just recently in a decision from Turkey’s top court because their rights had been declared violated. This court decision is obviously not respected by Erdogan who sees the pair in a case of espionage rather than freedom of journalism. Turkish authorities also briefly detained 27 scholars in January due to “terrorism propaganda” after they signed a petition denouncing the military’s campaign against Kurdish militants in southeastern Turkey. The scholars were among more than 1000 academics in Turkey who all urged the government to end its deliberate massacre of Kurds in the crossfire of Erdogan’s political struggle.

Erdogan’s moves to run newspapers and other media is clearly an indirect attempt to eradicate scrutiny of government policies, but it must be seen within the larger context and, in particular, how he is getting away with it. It is very disturbing that the United States and the EU have remained so quiet while Erdogan removes any option of free speech against him. It is not enough to merely remind Turkey of the importance of free press; the West must demand it with full influence before it’s too late. The reality is that the Turkish government may be under the assumption that they have immunity from any significant European pressure because of the Refugee crisis. Turkey can make the situation for Europe much more difficult and Europe is coming to them desperate for help. This situation puts Turkey in an advantageous position of not only using a domestic rift for internal support, but also using an international refugee crisis for external support. This is not to suggest that Turkey’s role in the assistance of the refugee crisis is not extremely substantial, however, it is detracting attention from the disturbing phenomena surrounding it.

It may seem that Europe is willing to compromise its long-term values for short-term benefits, but despite this decline of democracy, I believe it is still important to endure talks with Turkey on potential future accession to the European Union. If Europe ended these talks with Turkey, it would have no more leverage on inducing the state to get back on track to democracy and the time to act on this should be sooner rather than later. Pressure is needed from not only the European Union, but from all states and journalists not blinded by what Turkey used to be. I am looking forward to my next email from the Turkish embassy.