Why We Shouldn’t Want Criminals to Suffer 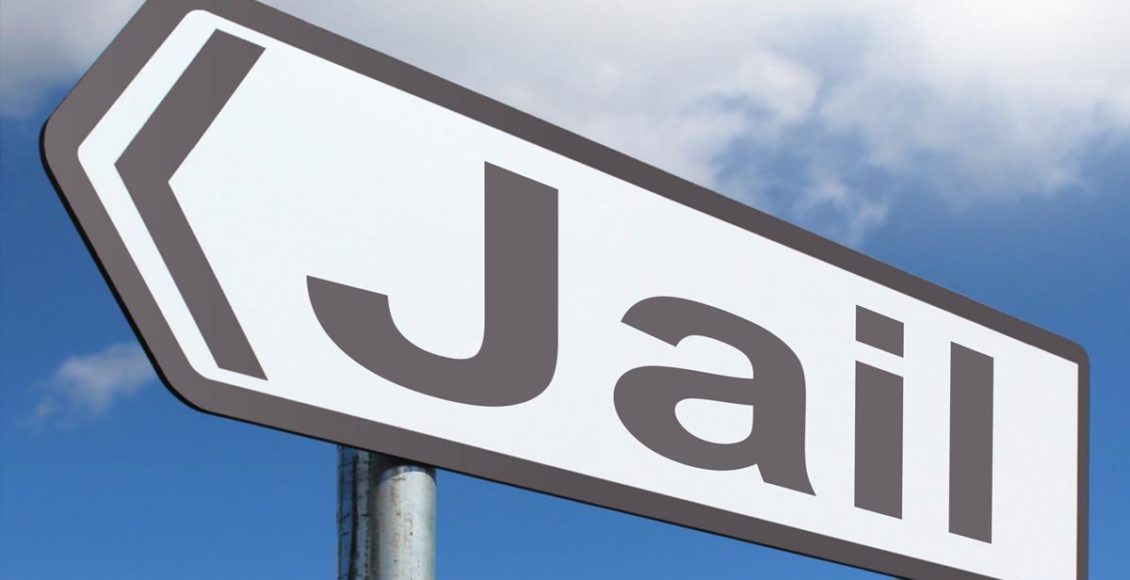 This essay deals with several related issues in the theory of punishment and dessert, human agency, and the self. In it, I argue that there are two types of theories which justify the state’s right to punish criminals. The first is the deterrence theory, the second the retributive theory.

Amongst criminologists and moral philosophers, some variation of the deterrence theory seems rather popular.  It combines a relative objectivity of method, both descriptive and moral, while avoiding strong judgement about the personalities and circumstances of those who are to punished. Advocates of the deterrence theory claim that punishment, or at least the threat of punishment, is justified because it functions to deter individuals from committing crimes.  The intellectual foundations of the deterrence theory are rather modern. Contemporaneously it can be most closely linked to the Utilitarian moral tradition, in that Utilitarians aren’t concerned with the intrinsic moral personality of the individuals who commit crimes. A representative comment can be found in Derek Parfit’s On What Matters:

“We often have more reason to be sorry, not for the victim of some crime, but for the criminal. Compared with their victims’ criminals have often lived more deprived and wretched lives. When we imprison such people, in order to deter future crimes, we should greatly regret what we are doing… Any criminal’s well-being matters just as much as ours.”

This statement nicely captures many of the essential tenants of the deterrence view, pushed to their logical conclusion.  Punishment should not be inflicted to cause a criminal to suffer according to some abstract theory of moral dessert. Its only justifiable function is to deter crime in the future and therefore increase aggregate utility. And while there remains substantial problems with the deterrence theory, I will not be taking them up systematically here. Indeed, in the conclusion I will be arguing that some variation of the deterrence theory remains the most plausible justification for the state punishing individuals.

Despite its virtues, many people in the Anglo-American world, and perhaps globally, feel a deep dissatisfaction with exclusively adopting the principles of deterrence theory. There is a persistent belief that punishment is not simply about preventing future wrongs, but that it is some justifiable form of lex talionis.  Many of us have an abiding sense, perhaps with a great deal of justification, that the guilty must be made to suffer for their crimes.  This abets the longevity of the retributive theory of punishment. Where this sense that the guilty must be made to suffer comes from, and why it persists, is a complex question I can only answer in part here. It is likely that many explanations are cultural and historical.  For instance, in the United States, one could point to the persistence of various Protestant mores operating in conjunction with the meritocratic sensibilities which emerge in a hyper-capitalist society. In Saudi Arabia, one might point to power of conservative Sunni and radical Wahhabi sects in society; not to mention the need of an authoritarian government to retain control over civil society.  While these explanations are important, indeed essential, to exploring why the retributive theory remains alive and well, I will not take them up here.  Instead I will be taking up its persistence at a more philosophical level; exploring the relationship of the retributive theory to our belief in human agency and our belief in the self.

This will lead me to argue that there are two philosophical tensions which undermine the tenability of the retributive theory.  The first tension emerges in what might be called the combination theory. This view supposes that deterrence and retribution are not mutually exclusive goals. It is entirely possible to believe that punishment will deter criminals while simultaneously holding that it is good in itself as a form of retribution against the guilty.  I will be arguing that it is actually very difficult to hold a variation of the combination theory, since a belief in deterrence requires committing to certain philosophical positions about agency which are incompatible with the philosophical positions of the retributive theory.  If I am correct, it means that one cannot consistently believe that punishment will deter individuals from acting in a negative way, and at the same time believe that it is good to punish those who are guilty.

The second tension is more complex and perhaps deals less clearly with issues of punishment. None the less I feel it is essential if we are to get to the root of these problems. This tension emerges more clearly when dealing with a pure form of the retributive theory. On this iteration, one might hold that the sole purpose of punishment should be to mete out what an individual deserves given the crimes they have committed. Deterrence should be of little or no consideration; what matters is that punishment be enacted according to dessert.  I will argue that this position is based on an account of human agency that sees individuals as making fully free choices in isolation from social and other determinants. This means that, according to the pure theory, they are fully responsible for their actions and we are therefore in the right to punish them. I will argue that it is likely that this is not the case. If it were true that individuals make fully free choices in isolation from social and other determinants, then it would actually be very difficult to say that they were responsible for their actions. This seemingly paradoxical situation emerges when we interrogate the relationship between agency and the self, particularly an understanding of the self as a kind of persistent entity throughout time.

Below, my essay will conclude on a few constructive notes. I will suggest that if my arguments are correct, there are few good philosophical reasons to hold to anything like the retributive theory, either in combination with the deterrence theory, or in some purer iteration. We should instead focus on enacting punishment to ensure the most good is done, not meting out some form of justice on the unworthy.

Why We Can Punish

Advocates of the retribution theory, while not opposed to the importance of deterrence, do not see the function of punishment to exclusively or even primarily be to deterring future crime.  Rather, punishment serves two separate moral functions. The first is to express society’s moral over the criminal’s actions.  The second is to repay the crime by ensuring the individual who committed a crime suffers in a manner proportionate to the evil they brought the world.  The intellectual foundations of the retributive theory stretch back to Ancient times.  They include the legal codes of Hammurabi and Draco, rectificatory natural law theories such as those of Aristotle, and the political theory of Kant. Despite many intellectual attacks, it remains which widely supported by many North Americans.

The first tension pertains to a fundamental contradiction which exists between the logic of the deterrence theory and the logic of the retributive theory.  On the surface, this might not appear that drastic a difficulty, since after all the two are separate theories.  But in popular discourse, many seem to presume that the threat and enactment of punishment both deters criminals, and allocates to them what they deserve while expressing social outrage. People rarely consider whether there is some tension in holding to both theories simultaneously.

The crux of the tension is here. If one believes that the threat of punishment functions to deter individuals from committing crimes, one implicitly accepts a socially deterministic belief about human action. It is after all, no coincidence that the root word of deterrence and determinism are the same; the Latin word terminus meaning boundary or limit.  And indeed, if one believes that the possibility of punishment will functionally limit the number of individuals pre-disposed to committing crimes, one is accepting that social determinants cam influence human behavior. But if one accepts this belief, it seems inconsistent not to accept that other social determinants might influence individuals to act in a different, more anti-social, manner.

Take statistical evidence establishing that persons in poor households are more likely to commit and be the victims of violent crimes.  This suggests that individuals might be determined by socio-economic factors to commit certain crimes.  If it true that individuals can be determined to act in a given way by the threat of punishment, it follows quite naturally that they can be determined to act in more violent ways by other social determinants-like poverty.  These social determinants are arbitrary from a moral point of view in that individuals are not easily able to change such circumstances, or the impact they might have on their behavior.  If all of this is taken on board, it suggests that one cannot believe that the threat of punishment deters crime while also believing that individuals should be punished for their actions because that is what they morally deserve.  Indeed, in some respects punishing individuals for actions beyond their control comes to look very much like a sacrifice required to prevent crime rather than the allocation of just dessert.

The second tension is more theoretically unusual.  It is that they belief that crimes were the freely willed action of a moral agent itself is inconsistent with the concurrent belief that individuals can be held responsible for their actions. This is because a belief in freely willed undermines the idea that there is a continuity in one’s personality, and therefore the personal responsibility, of a moral agent. If this is true, it would be unjust to take retribution on someone who has effectively adopted a new personality, for the crimes which are the responsibility of their past personality.

Here let us consider a thought experiment inspired by Derek Parfit’s in Reasons and Persons.  Consider that if one truly believes that actions are freely willed, then no determinant should be able to influence a person’s actions. But the pre-existence of our past personality-which I will broadly conflate with the conscious and unconscious memories we have of past experiences-is a determinant of the strongest sort.  If anything, the belief that who we are now is somehow continuous with who we were in the past, and will be in the future, is central to many of our ideas of personality and selfhood. Who I was determines who I am, which in turn determines who I am to be.  If the will were truly free, then there would be no continuity of this sort. Individuals would behave in a way that was truly spontaneous, as nothing, not even their past personality, could dictate what actions they were going to take.  Moreover, if the will were truly free, and there was no continuity in the personality, it would make no sense to punish who a person is now for what a past iteration of their personality might have willed before.  They could justifiably claim to be someone entirely new.  But all of this seems absurd.  We believe we are entitled to punish people because who they are is continuous with who they were when they committed a crime. But this suggests that actions are not freely willed, because it accepts that who we were plays a very determinant role in who we are to be. If this is so, then truly free and spontaneous acts are impossible. So it becomes very problematic tense to believe that individuals now are responsible for crime freely willed in the past.