2017 French Presidential Election: De Gaulle Would Not Be Impressed 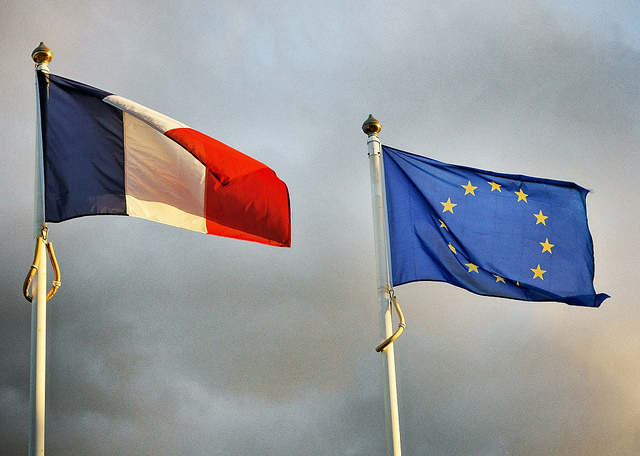 Which one is the 2017 Presidential election really for?
Share

Since its beginnings, Charles de Gaulle’s Fifth Republic has seen an alternating succession of mainstream conservative and socialist coalitions. The last elections in 2012 were no exception, as incumbent president Nicolas Sarkozy, a conservative, lost to socialist candidate François Hollande. Five years later, a rise of one million people in unemployment, increasing tensions with extremist groups, a stagnant economy, Brexit, and the election of Donald Trump have fundamentally shaken the touchstones of French politics. For the first time in the Fifth Republic the incumbent president, Mr. François Hollande, is not even running due to his unprecedented 12% approval rating. How is France’s political scene changing? How has media shaped the current presidential race and what are the consequences of this on a political level?

The most notable feature of this election is the historical reshaping of the French political landscape. The traditional divide between the left and the right is currently being replaced by a divide between pro-EU protectionists and populists who oppose globalization. Contrary to popular belief, this divide straddles both right and left alike. In addition to what can be best described as a highly consequential re-alignment of a political divide that has been prevalent since the 19th century in France, this election campaign has been marred by scandals, mostly involving the conservative and pro-EU candidate François Fillon, who has been accused of corruption. Although he has not been proven guilty and is currently under court investigation, the press have lashed out at him. The backlash is particularly aggressive because Mr. Fillon won his party’s primaries on an ostensibly moralistic and incorruptible platform; as a result, whether he is found guilty or not has to a large extent become irrelevant. His name has been, for this election cycle, irrevocably marred.

The second feature is the arrival of a new politician who claims to be both right- and left-wing. The media and what some call the “establishment” clearly support the centre-left candidate Emmanuel Macron, a young former Minister of Finance who served under Mr. Hollande and broke ranks from the traditional socialist party. A few months ago, Mr. Macron created his own party, uniting both conservative and socialist politicians who are known to support the EU and free trade. He is believed to stand a far better chance of making it to the second round than the traditional socialist party candidate and is therefore given a lot of media attention.

The third feature of this campaign is that it there has been a large focus on scandals, in particular those involving Mr. Fillon. This is not to say that there should be no attention placed on political scandals; in fact, holding politicians accountable for their actions and rectifying this idea that they are exempt from the law is crucial in maintaining a functioning and thriving democracy. However, these scandals have completely monopolized the political scene, leaving limited space for political debates and proving counter-productive in the democratic race all together. France is a country in need of serious political attention, and the scandals of pompous and self-serving individuals should in no case overshadow the productive discussions over France’s socio-economic reality. This is fairly unique in French history, which has a population known to be fairly politically aware and, up to now, little affected by scandals and tabloid stories.

The fourth, and maybe most important, feature is the rise of the National Front and its leader, Marine Le Pen, who is predicted to run in the second round of the election. With a far right and overtly anti-EU and anti-globalization platform, many predict that she will rank highly after the first round and, though at the moment few predict her to win the second round, this is by no means impossible. Official media have been relatively hostile towards Ms. Le Pen—and she complains about it, much like Mr. Trump did during the US election. It is crucial for media to criticize the racist and overtly Islamophobic candidates running; however, one must not and cannot generalize the reasons behind the general population’s motives and their frustrations rooting from economic discontent. This stance by the media could backfire, as it did in the U.S., since the National Front is prone to playing the “victimization” card and using the recently popular term of ‘fake news’ and therefore gaining more support.

What is a concern at this stage is that if, in all likelihood, the second round comprises Ms. Le Pen, she may try to turn the second round into a referendum-like pro-EU/globalization vs. nationalism/protectionism vote. Those who know European history will remember that in 2005, opinion polls failed to predict France would reject more European integration in a referendum. The outcome of these elections could therefore be a profound reshaping of the French political landscape through the disappearance of the centre-right and centre-left as the traditional choices. It could also see the arrival of a far-right party at the helm of France, something unprecedented in French history that would have far reaching consequences throughout Europe and the world. This is currently perceived as unlikely… but doesn’t that all sound too familiar?