A Concise Guide to the 2020 Democratic Primaries 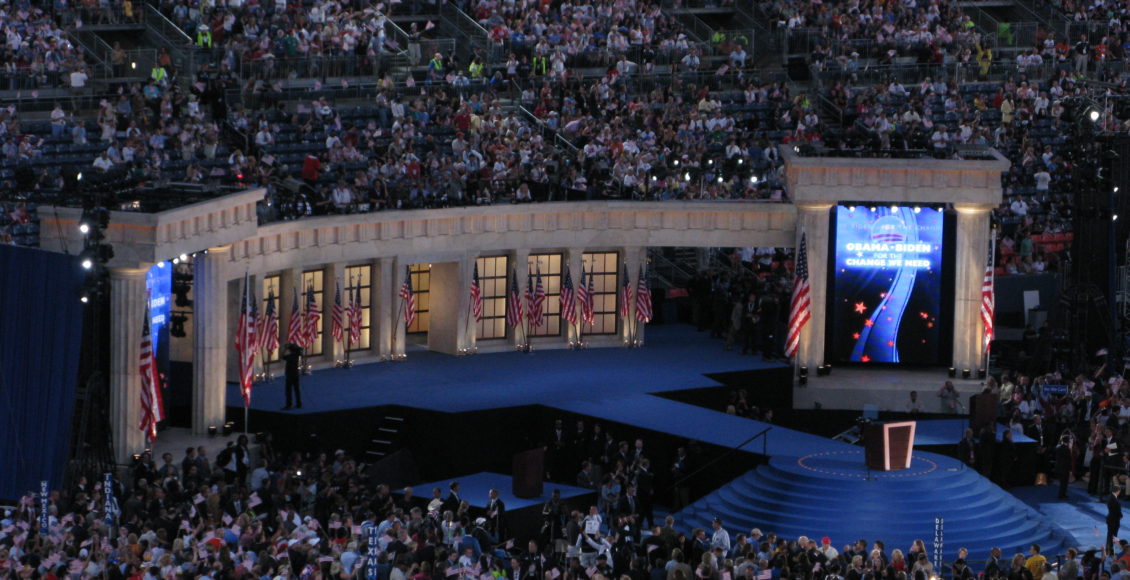 As much as the phrase “this is one of the most important elections ever” is lampooned by pundits, the upcoming 2020 US Presidential Election may actually be one of the most important elections in US history. President Trump’s messy administration has seen the decrease in US international leadership, the thrashing of democratic institutions, and complete inaction, or negative action, on the increasingly pressing issue of climate change. Another four years of his governance will likely bolster these trends, and undoubtedly ensure America continues down a much more “Trumpian” path, both on the domestic and global stage. Even more, Trump’s re-election may see many Obama-era legacies, such as Obamacare, damaged beyond repair.

Therefore, the Democrats are desperate to find the best candidate to defeat Trump; this candidate must have the skills to debate Trump and the political acumen to govern the nation well. Yet, the process through which Democrats nominate their candidates for president, known as the Democratic Primaries and Caucuses, is a complex one. It is important for any political buff to understand the structure of this process as well as why so many candidates are running.

The Structure of the Democratic Primaries and Caucuses

How does the Democratic nominee get selected? In a nutshell, each US state holds either a caucus or a primary to select delegates, and by the Democratic National Convention in July 2020 whichever candidate has a majority of delegates becomes the Democratic nominee. Delegates are individuals who are, typically, “party activists, local political leaders, or early supporters of a particular presidential candidate.” The vast majority of these delegates are elected by voters through primaries and caucuses. However, 16% of delegates are so-called “Super Delegates” who aren’t elected but will be able to vote if no one has a majority of elected delegates in the first round. Primaries involve citizens or registered democrats casting ballots for a party nominee in each state. The delegate count for each candidate reflects the proportion of the vote they acquired as long as they reach or exceed 15% of the vote, both at the state level and at the congressional district level. For example, if Vice President Joe Biden won 14% of the vote in a given state, but 18% in a congressional district within that state, he could still be allotted some delegates.

Caucuses are more complex, but much less common. Rather than voting, communities meet at precincts and gather into groups for their respective candidates. During intervals, the caucus-goers can debate and try to persuade other caucus-goers to enter their fold for a particular candidate to ensure they have a say in who gets a delegate. The number of delegates and the 15% threshold are pre-determined by the precinct’s population. Once the threshold is met, delegates are then distributed to particular candidates. This process allows caucus-goers to have a second choice. For example, if Elizabeth Warren didn’t have enough support in a given area, a caucus goer could move over to support Bernie Sanders to make sure their second favorite candidate is allotted delegates.

The final, notable aspect of the nomination process is the timing. These primaries and caucuses aren’t all held at once. Rather, they begin with the Iowa Caucuses on February 3rd, 2020, and conclude with the Washington DC primary in June, with all the other states in between, and some together on the same days. This aspect is noteworthy because early victories can be key to winning the whole nomination process. Obama’s upset in Iowa in 2008, Bill Clinton’s surprising second-place comeback in New Hampshire (the second state to vote) after a scandal, and Jimmy Carter’s stunning success in Iowa in 1976 all exemplify how the early states are often key to gathering the necessary momentum to win later on in the primary season. Another important date is March 3rd or “Super Tuesday,” which sees fourteen states and the territory of American Samoa selecting their delegates. Typically whoever sweeps these states is set to go on to be the nominee, which was the case with Hillary Clinton in 2016.

Why Are So Many Candidates Running?

How is it that the Democrats went from having five major candidates running for President in 2016 to eighteen in 2020? Arguably, there are three major reasons for this shift.

One major reason could simply be that many of them believe that Donald Trump is easily beatable. His 2016 win was extremely narrow against a deeply unpopular opponent, and his approval ratings have been fairly negative since his inauguration in 2017. It could be the case that many of the candidates feel confident that Trump’s historic unpopularity, especially for a president who’s presiding over such a strong economy, will make him an easy opponent to take on.

Another reason for the shift is that there isn’t an obvious favorite in the race. Joe Biden, while very popular among Democrats, isn’t polling well enough to be the undisputed front-runner. Kyle Kondik from the Political Center of the University of Virginia argues: “There’s not really a big favorite for the nomination. Biden may become that, but he’ll need to prove it. A dominant frontrunner is a barrier to entry for candidates, and this field has lacked that and arguably still does.”

The final major reason is the number of people contributing to campaigns has skyrocketed, with over a million people contributing over $200 to candidates in 2016. The ease of donating small amounts to candidates via the internet has boosted candidates such as Bernie Sanders, who have been able to raise tens of millions through social media platforms, even when swearing off money from corporations. It is now easier now than ever to fund a presidential campaign.

It is now important to ask which candidates are the ones that have the best shot at winning. While there is disagreement over who ought to qualify as such, the six highest polling candidates as of right now are Joe Biden, Elizabeth Warren, Bernie Sanders, Pete Buttigieg, Andrew Yang, and Kamala Harris.

Former Vice President Joe Biden is the leading contender. In spite of some questionable debate performances and gaffes, and issues with raising money, his popularity among Democratic voters, seemingly, hasn’t suffered. His appeal to moderate Democrats has remained and his large swath of endorsements from party leaders is impressive. The primaries are also structured so that a large number of southern states vote during Super Tuesday, soon after the first major primaries and caucuses, and due to his popularity with African American Democrats who make up a large part of the voter base in these states, he stands to do relatively well, even if he loses Iowa and New Hampshire.

Gaining traction behind him, though, is Senator Elizabeth Warren, who has steadily risen in prominence during the past few months to become a leading contender for the nomination. Senator Warren’s polling numbers have steadily improved over the past few months, mainly, because of increased media attention and her extensive policy plans. She has made inroads with moderate voters and minorities and this, combined with strong polling in Iowa and New Hampshire, suggests that she could maintain the necessary momentum to win the nomination.

Senator Sanders is also a major candidate in the race. While his recent heart attack has spiked concerns over his health, his endorsement from the well known Congressional figure Alexandria Ocasio-Cortez has given him a boost. His previous running in 2016 allowed him to build a strong campaign base that has helped him become the top fundraiser in the race. His appeal to young Democrats, Hispanic voters, and working-class voters has also granted him a formidable coalition, giving him a decent shot at winning the nomination next year.

Senator Kamala Harris, Entrepreneur Andrew Yang, and Mayor Pete Buttigieg, in contrast to the other three, are relatively new faces on the national stage. Yet, they have all managed to build up strong statures with impressive debate performances, viral videos, and novel policy proposals. A combination of promising polling and decent fundraising has placed them ahead of many of the other candidates in the race, though they’re still polling behind Warren, Sanders, and Biden. Senator Harris’s polling boost after a strong debate performance has since faded, and she’s recently had to cut campaign expenditures due to a cash crunch. Andrew Yang’s lack of experience in government and non-existent support from members of the Democratic party has led to some calling his campaign a “long shot.” Mayor Buttigieg’s lack of experience in federal politics, his sexual orientation, and controversy over his handling of a police shooting in his town of Southbend have presented difficulties for his campaign. Yet, these three candidates have the time to improve, and their younger ages, compared to Biden, Warren, and Sanders, is a big plus.

Ultimately, the Democratic primary is far from decided, and its complexity and large number of candidates makes it difficult to fully understand. However, among the many candidates running, there are six in particular who seem to have the best shot at winning a majority of delegates. Yet with so many candidates running and a system that allocates delegates proportionally, there is a chance that no candidate may end up with a majority of delegates, which would require a contested convention. A contested convention involves multiple rounds of voting and, often, causes significant party in-fighting, which could threaten the Democrats’ chances of winning in 2020. Ultimately, with 8 months left till the convention, the outcome of the 2020 Democratic primaries and caucuses, ultimately, remains uncertain.