A Conversation Derailed: The Democratic Party’s Search for an Immigration Policy 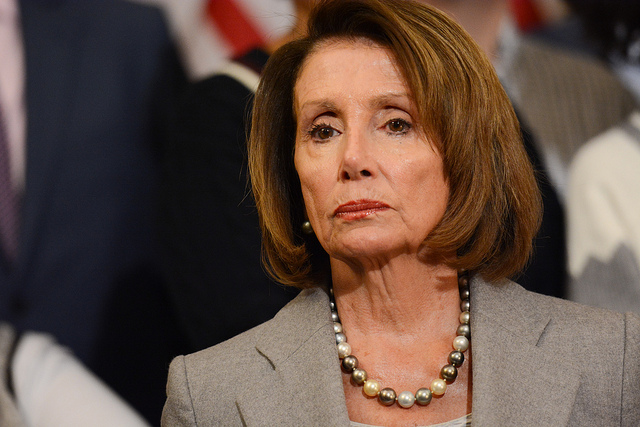 In a time when the demand to fund a border wall can catalyze a government shutdown that stretches for 35 days, border security and immigration policy clearly occupy a place at the forefront of debate on a political stage which–at least in recent memory–seems more polarized than ever before. Given these circumstances, it would seem logical to assume that the opposing sides should present fundamentally different, coherent, and consistent positions. Yet the American Democratic party, entangled with an increasingly righteous and politically sensitive left and an unpredictable political landscape, has entirely failed in that endeavor. 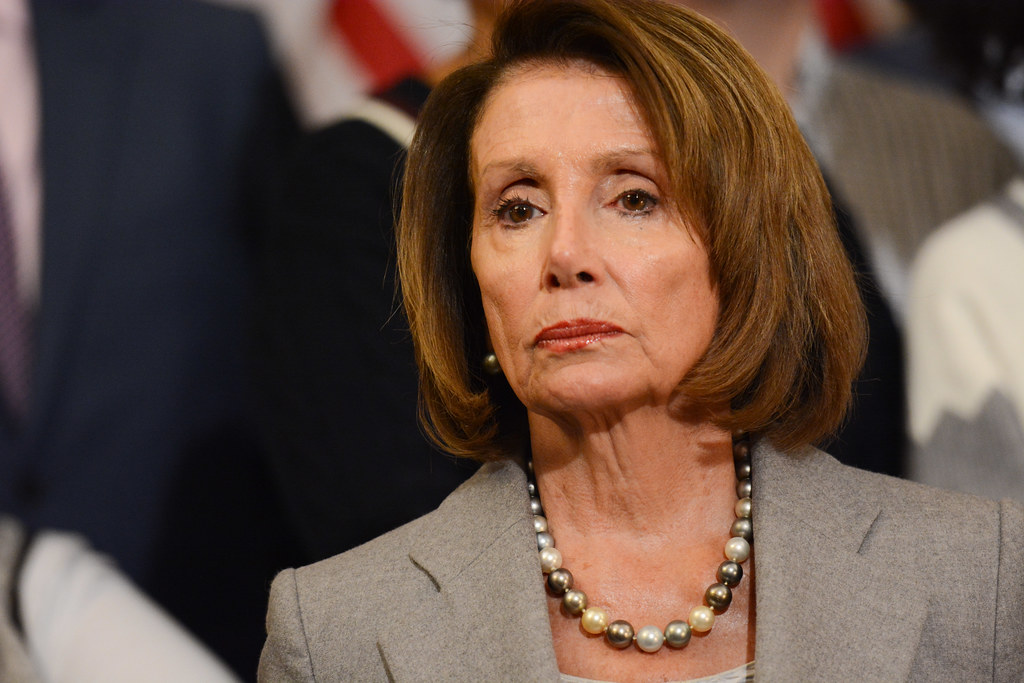 Speaker of the House Nancy Pelosi

The immigration policy sections of the Republican and Democratic party platforms have a time-tested (and surely well-polled) formula to their structures. Invariably they begin with a paragraph praising America as a land founded by and for immigrants, and extolling the contributions of immigrants to American society and industry. They then go on to promote the importance of heightened border security while issuing a condemnation of illegal immigration. The platforms without fail conclude by launching into the obligatory diatribe against (if the previous administration was of the opposition), or accolades of (if it was their own) recent policies. From 1996-2012, both parties’ platforms have shared this familiar structure. In fact, there are far more similarities than differences when examining these documents during this time period. However, after applauding the Clinton administration in 1996 and 2000 and the Obama administration in 2012 for their aggressive border security policies and heightened deportation figures, in 2016 the Democratic party made a stark departure from the familiar blueprint. In 2016, the Democratic party platform section on immigration was nearly twice as long as any previous one had been since 1996. There is no mention of border security and the word “illegal” is not used even once, unlike 1996 when it was used 9 times and 2008 when it was used 3 times.

In 2006, Senator Barack Obama said: “Those who enter our country illegally, and those who employ them, disrespect the rule of law. And because we live in an age where terrorists are challenging our borders, we simply cannot allow people to pour into the United States undetected, undocumented, and unchecked. Americans are right to demand better border security and better enforcement of the immigration laws.” On the other hand, when questioned about the importance of border security in a 2018 interview with CNN, Congresswoman Alexandria Ocasio-Cortez responded by saying “People should be safe in passage” and proposed that the Immigration and Customs Enforcement Agency (ICE) should be replaced with a “Humane agency that is directed towards safe passage.” “Safe passage” hardly sounds like the mission statement for an agency tasked with immigration enforcement. Though it would be unfair to claim that they share a place on the political spectrum, both Obama and Ocasio-Cortez enjoy immense popularity with the Democratic Party’s base. How can people who have expressed such diametrically opposite views share such a broad intersection of support? 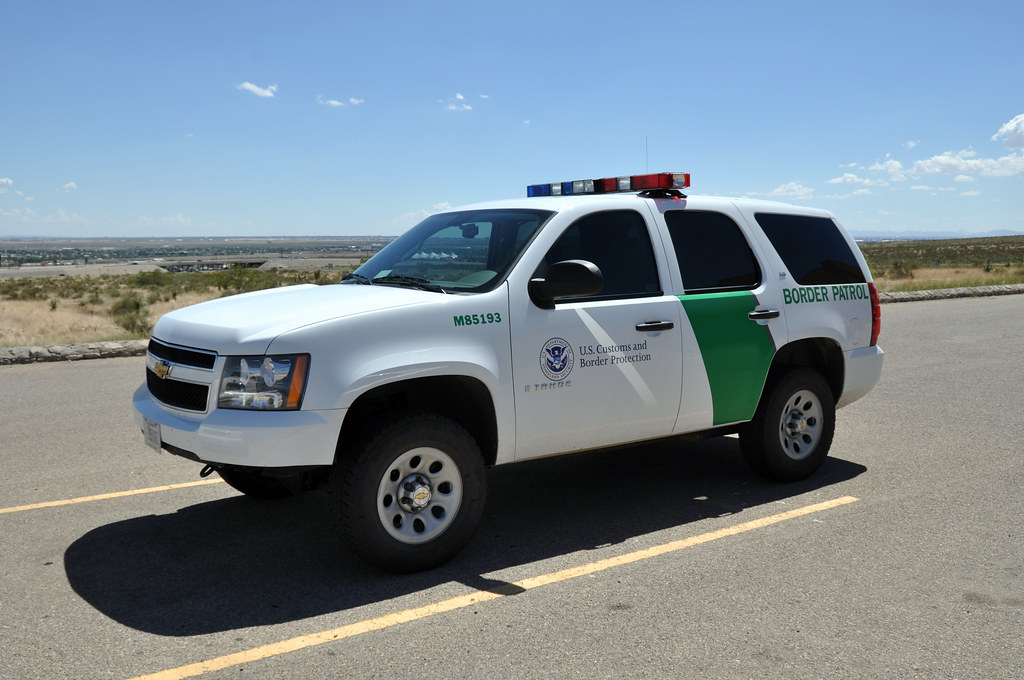 The specter of the border, a U.S. Customs and Border Protection SUV

“Comprehensive immigration reform” has been the battle-cry of the Democratic party for practically two decades; for many years, the Democratic perspective on this issue was remarkably similar to that of the Republicans. In todays world, stronger border security equals racism, and discussion of illegal immigration is taboo. In the confirmation hearings of Ronald Vitiello for assistant Homeland Security Secretary for ICE, Kamala Harris compared stringent enforcement of border security with the domestic terrorism of the Klu Klux Klan and suggested that her perception of this parallel was grounds enough to justify internal reform of the agency. This is perhaps the most inflammatory example of the tension of trying to build a border policy when any sort of enforcement is viewed as inherently racist.

Both Mayor Bill de Blasio of New York and Governor Gavin Newsom of California have vowed to extend healthcare to undocumented people in their areas of jurisdiction, with Newsom going even further by pledging to extend the full range of California’s welfare apparatus to the undocumented. Many may regard these actions as noble and kind, but these measure incentivize illegal immigration and fundamentally undermine any advocacy for border security. Granting benefits to people who successfully cross illegally and securing the border are two positions that are irreconcilable with each other. Numerous political commentators have commented that Democrats running for the House of Representatives and Senate during the 2018 Midterm Elections focused on issues such as health care, avoiding immigration as much as possible. This shift in focus can be attributed to the fact that  Democratic politicians are increasingly aware that their position on immigration is neither coherent nor internally consistent. The sentiments articulated by Democratic politicians and by the party platform are not outlandish or fundamentally flawed, but they fail to present a unified front on a policy proposal and instead use language designed to incense liberals who want be able to say they are fighting the good fight. While bills proposed by House Democrats to open the government included funding for border security, both the individual rhetoric and the platform position are being pushed to an increasingly extreme place. In fact, the voter base seems more concerned with “resistance” to the current administration than with the actual substance of proposed policy. Polling has found that Democrat voters, having supported the Secure Fence Act in 2006, are much more likely to support a border wall when it is labeled as “border security”.

The unfiltered, unrefined, and insensitive rhetoric of the current administration has garnered backlash for being racist, and the movement that elected it has been accused of nativism, populism, and white nationalism. The discussion about immigration has therefore become an avenue to talk about racism and the conversational arena has shifted from finding practical solutions to practical problems to debating moral priorities. In the effort to reconcile itself with an increasingly vocal, angry, and politically active base of support, the Democratic party has found itself on the reactive end of politics, and the current administration has made it easy to resort to virtue-signaling while assuming the moral high ground.

Ilya is a U1 student from the US studying Political Science and History. He specializes in American and Russian politics as well as international security.