A Democracy in Dissolution 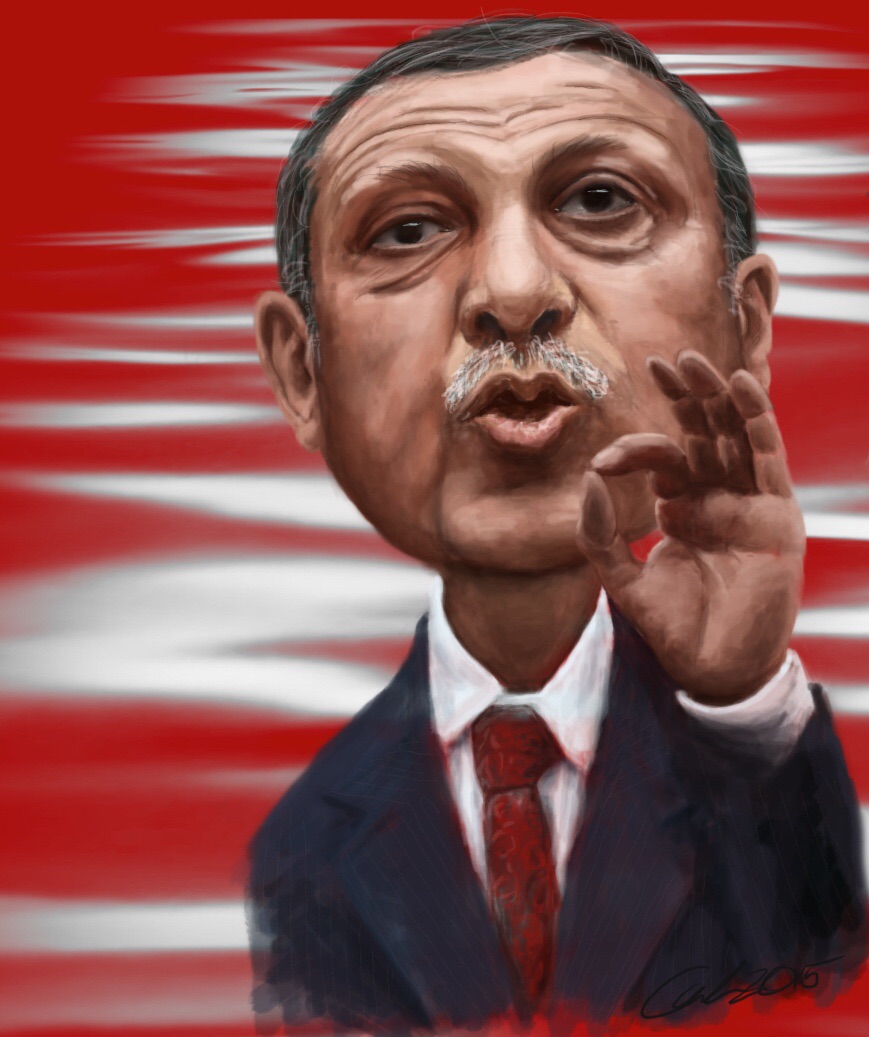 It is interesting to note that in Turkish there are two words for peace. The first, barış, denotes reconciliation and togetherness. The second, huzur, has connotations of tranquility and stability, but not harmony or justice. This latter is the word that Turkey’s president uses when he says that he wants peace for his country. If he continues down his current path, he will get exactly that: a well-controlled and stable state whose immense difficulties are glossed over by cool authoritarianism. The AK (justice and development) party initially looked as though it could knit together conservative, secular, and Kurdish portions of Turkish society, but the country’s president is now making a power grab that threatens the rights of all citizens.

Early in the morning of January 21st, the parliament passed Erdoğan’s package of constitutional reforms. This year, a referendum will be held wherein Turks are allowed to decide if their government shall continue with the parliamentary system used since the country’s foundation, or try a presidential system in which Erdoğan would have greater powers. Should it pass, the president would absorb all powers and responsibilities of the prime minister, gain the ability to appoint unelected cabinet members and vice presidents, and issue decrees in effect of law. The timing was curious, as the parliament was likely aware that much of the international news media would be completely preoccupied with the inauguration of Donald Trump and ensuing global protests at the time the bill was passed. Allowing Erdoğan the powers of a president prioritizes stability over representation and efficient governance over freedoms.

Originally, the fact that the AK Party enjoyed long-running leadership was viewed as a step toward westernization. Less than seven years ago, Recep Tayip Erdoğan was heralded as the brave leader that could help his country join the EU and preserve its “vibrant secular democracy,” all without sacrificing his religious roots and popularity. After its rise to power in 2002, the Islamist AK Party actively worked to assuage western fears that a Muslim party would turn Turkey’s course eastward. It dismantled authoritarian vestiges, reaffirmed its commitment to NATO, and talked with the Pentagon about support for the Iraq war in exchange for a trade deal. Erdoğan deftly convinced the west of his country’s necessity, becoming a key ally over his first decade in power. The perception of Turkish success was such that Arab countries were briefly encouraged by the United States to look to their northern neighbor for a model of how a Muslim nation might pursue secular democracy. In Erdoğan’s second decade of power, hopes of a free Turkey have been fantastically dashed. The question now is whether or not Turkey can be called a democracy at all.

Its elections resemble those of any other liberal democracy, but lately their outcomes have been used as a justification for unilateral and unpopular actions. In 2007 elections, Erdoğan’s AK Party won 47% of the vote; a number that hadn’t been achieved since 1983. Turkey’s democracy had long been a disparate and ever-changing jumble of political parties, and the AKP touted the large margin of victory as a sign of democratic consolidation and development. Turkish politics have always featured a multitude of parties with short life spans, and large victories or long tenures became rare after 1960. The concept of an electoral mandate from the populace to carry out one’s agenda was previously nonexistent. After 2007, Erdoğan was able to all but abandon the messy politics of coalitions and pursue his own agenda freely.

Since then, international and domestic crises have given Erdoğan an excuse to gradually amass authority. The public discovery of a Gülenist “deep state” within the government and military, terrorism concerns, conflict with the Kurdish population in the southeast, and a refugee crisis have helped the government to distract the public from its changing composition. The Syrian war and its implications have been particularly disruptive to free and fair government. The ministry of defense says that the country endured 35 terrorist attacks in 2016 while 339 were prevented. These security concerns are certainly not the government’s fault, but they have allowed Erdoğan to suspend more rights than is necessary under the guise of security.

Although the AKP cannot be blamed for Turkey’s circumstances, what has occurred in the midst of chaos is inexcusable by any measure of democracy. Selahattin Demirtaş and Figen Yüksekdağ, the leadership of the opposition party HDP, were arrested in late 2016. The officially cited reason was their ties to the PKK, though the only evidence that has been produced is that both groups are Kurdish. Today, they face the possibility of 142 and 83 years in prison, respectively. Their party has since stopped participating in parliament, calling the arrests the end of the parliamentary system. As of January 20th, the country has been under a state of emergency for six months as Erdoğan continues to purge the government. In that time, the government has imprisoned 100 journalists without trial and shuttered 149 media outlets, accelerating Turkey’s drop in world press freedom rankings by over 50 spots in the past decade.

While Erdoğan’s election was fair, what has happened to his opponents is not. The people will vote on constitutional changes, but the precariousness of dissent and lack of a free press threaten the legitimacy of the vote. Turkey’s democracy is certainly increasingly illiberal. Should the Turkish people vote to change the constitution, it has a chance of disappearing.