A “Forgotten” Solution May Very Well Be Right Next Door

An Analysis of the Benefits for Lebanon by Accepting Syrian Refugees 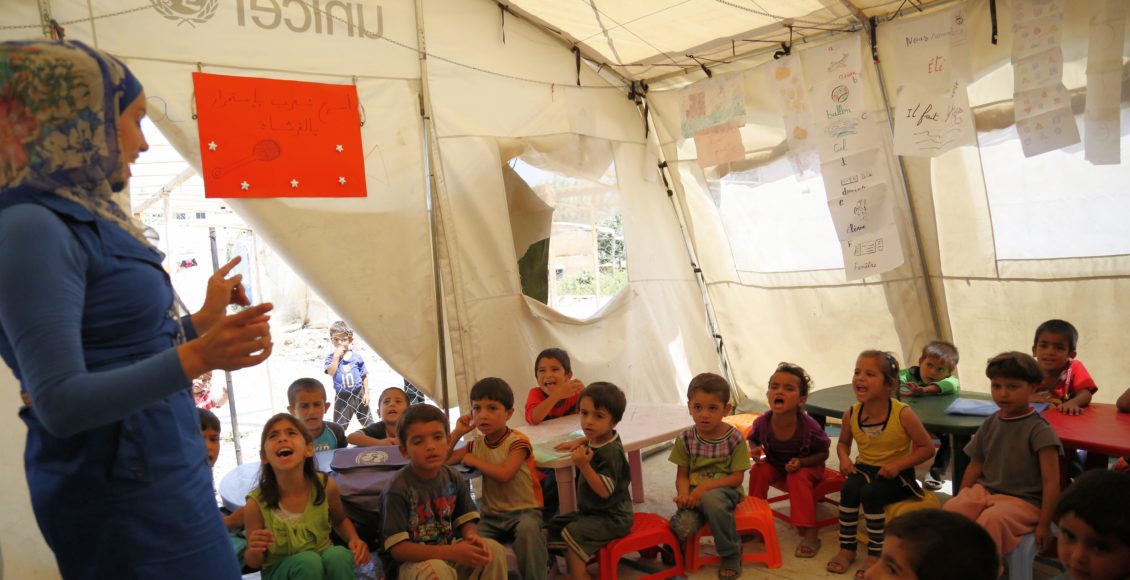 The modern world, developed and developing countries alike, are concerned with the Syrian Refugee Crisis which has been going on the past 7 years. However, as many events are wrongfully portrayed, this crisis has been presented with a bias by the media. Often shone in a negative light, these refugees have been showcased in headlines detailing how they are a danger to modern societies and their respective countries. These statements typically point to the direst outcomes and are often more vocal about developed countries than developing countries. Yet, the discourse on refugees is part and parcel to their general acceptance into their host country, especially when those mentioned can deem economic benefits that can enrich the nation as a whole. Furthermore, the vast majority of refugees find themselves in developing rather than developed nations.

In a World Finance article, Elizabeth Matsangou asserts that conventionally, in “the widespread media coverage of the refugee crisis […] It is commonly believed that refugees are harmful to host nations and drain precious state resources…” Additionally, Matsangou states that amongst these popular assumptions made by host countries and the media alike, the most salient of these focuses on “dire” economic and social consequences such as the fear of “wages going down” and “putting pressure” on the nation’s educational system. However, research into integrating refugees into a host society shows that this is not the case. The media caters to the delusion that all refugees are dangerous, which is in no way advantageous to the host country, obscuring the facts.

In this piece, I focus on a nation that has received a major impact from the crisis: Lebanon. This Mediterranean neighbor of Syria exemplifies how a country can admit and support large influxes of refugees while also stimulating the nation in its economic model and socio-cultural base. This is necessary since “…. the instability generated by the Syrian Civil War will persist for years.”  Furthermore, the UNHCR revealed in a 2017 survey that living conditions are not up to par given that “food insecurity also remains critically high – affecting 91 per cent of households to some degree… more than half now living in extreme poverty and over three quarters living below the poverty line”. These figures prove to be less on the optimistic side but that also show that Lebanon must find a way to integrate refugees or at least improve their living conditions. There are positive researched consequences that can serve to support the idea that refugees can benefit Lebanese society economically.  Resulting in a kind of social symbiosis that unfortunately does not get a fair amount of media coverage, yet, still highlights how a solution that can be (and has been) executed through humanitarian efforts can still profit the host country and garner support internationally.

A nation’s economy is integral to its overall development and aspiration to expand not only financially but rather as a collective society. Thus, multiple international economists substantiate that in Lebanon’s case, a middle-income country that relies heavily on its trade-based economy, refugees are a key asset. A direct challenge to the conventional assumption media-viewers possess regarding displaced migrants. But not a gainsay that comes without evidence. In a 2013 Reuters article, professor of economics Jad Chaaban is quoted: “For the first time you have people spending money in these areas. You have a local economy that has been created”. Though there may be considerable disadvantages and possible endangerment of resources with the admittance of refugees from a short term-standpoint, Chaaban attempts to demonstrate that such risks will not be in vain if taken. Specifically, many Syrians are already working professionals and are acting as “urban refugees.” In other words, refugees that can benefit Lebanon’s workforce. Essentially, by stimulating the internal growth of the Lebanese economy as they start populating the country’s most commercial regions and consequently bringing their own work experience.

Lebanon is also home to half a million Palestinians, some of them legitimate residents of the country for 60 years. Largely for this reason, Lebanon has not permitted the building of camps for Syrians  nor do they plan to do so in the near future as Syrian citizens of Lebanon “were estimated to number around 500,000 in 2011”. Such prohibition ultimately furthers the integration of refugees into local societies and increases economic benefits. An observation that would be later supported by Betts, who studied the effects of additional purchasing power on the economy in Uganda: “…in the contribution they [refugees] make through their own human capital as a source of labour. According to our survey, in rural settlements, 24% of refugees are employed by Ugandans, and in Kampala, 43% of refugees are given employment opportunities.” These benefits can also occur in Lebanon as well displaced Syrian refugees have already produced numerical results, per Chaaban’s research “the presence of Palestinians was benefiting Lebanon by $400 million per year, usually spent in rural areas.” Hence, it is therefore evident that refugees can have a positive effect on a host country’s economy which demonstrates the media’s bias against refugees is unfounded.

The integration of refugees into a society is like ‘turning lemons into lemonade’. Only rather having the end-product being a vitamin-filled juice, you have a complete mismatch of skills and needs that come with admitting ‘urban refugees.’ Lebanon, in this case, has persevered in the sense that they have remained a country with “open borders”, implying that they are socially-conscious and empathetic to community building between neighbors of a similar Palestinian background. From the education system and local labor markets to changing cultural dynamics, Syrians have proved that their purpose in Lebanon is not to threaten, but rather to engender advantageous impacts throughout their adopted society. A social effect that Kevin Shellito pinpoints finding a myriad of positive social but economically linked repercussions including that “The presence of refugees ensures enrollment stability, thereby helping to keep the schools open and functioning for all children; this in turn encourages continued investment and can improve the educational infrastructure of the country and boost long-term.”  There is a very high demand for education facilities, traditional and non-traditional given that there are over 500 000 school aged Syrian refugees in Lebanon. Thus, improved educational infrastructure would educate refugees who may be integrated into Lebanese society as they grow up and provide more facilities for locals.

Such conclusions provide evidence that with the responsibility that comes with admitting and integrating Syrian refugees, also comes the hidden benefit of stimulating development of local infrastructure and culture by promoting faltering educational systems. To fund such instructive facilities, Shellito comments that investment by the government and international groups alike in infrastructure and social aid projects does not only benefit Syrian refugees in the short term but rather Lebanese locals in the long term; even after the crisis comes to an end, the prospects for development will continue. From a more cultural perspective, displaced Syrians have proved to be a vector for change as they see themselves more immersed in a similar-minded society. Rightly so, as 1 in 3 residents of Lebanon is a refugee and are looking to engage with local communities. Likewise, according to Myriam Marcuello-Lopez, after working with Syrian and Lebanese artists alike, incoming refugees “do not perceive themselves as mere victims of war but as artists, resilient citizens, and ambassadors of their culture.” Additionally, that the Syrian refugee experience of “forced displacement” can serve as a feasible potential to build a “bridge between Syrian refugees and Lebanese communities.” A cultural link that will establish a mutually benefitting social status between the two countries.

The Syrian refugee crisis has been and will continue to be an issue staining the conscious of international entities and nations alike as it becomes a growing controversy, especially in the eyes of the media. News outlets and other sources of information, as the crisis remains unsolved, will most likely continue to present biased perspectives on the matter as the international community seeks to decide their stance in a catastrophe that affects the lives of many. Lebanon’s case demonstrates that admitting displaced people may either be an asset to improve the local economy or simply be considered a burden. It is important when considering the benefits refugees may bring to a country, that the refugee crisis itself is the result of individuals losing their human rights and that the creation of refugees is still ongoing which cannot be solved by simply accepting all the refugees. Additionally, the current living conditions faced by refugees are unsustainable. These are people who are fleeing a deadly war but have proved to be valuable members of a society, especially in one so like their own as is Lebanon’s. No matter the country’s level of development, it is up to the government to decide if they are willing to operate in tandem with these refugees to empower their economy or decide on a different path for their future.

Note: This article was the winner of the SSUNS-MIR writing competition at SSUNS 2018.