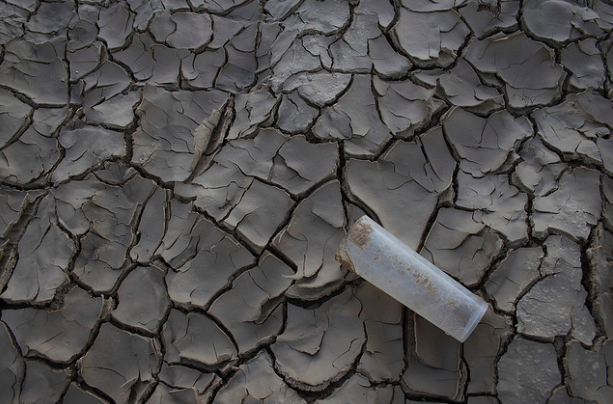 While Europe continues to be on high alert in the aftermath of the attacks on Paris that left more than 120 dead, it is difficult for Paris to look beyond the next 24 hours, much less maintain a long term vision. Nevertheless, delegates arrived earlier this week in the French capital for preliminary meetings ahead of COP21, as the United Nations climate change summit launches today, November 30. The gathering of global leaders creates a vulnerable position for the already security threatened Paris. Yet there is a particular symmetry to the summit and the attacks that goes beyond the nightmare task facing France’s overstretched security forces. Unchecked climate change is producing catastrophic consequences for the international community. Rising global temperatures produce elevated global sea levels and massive movement of people which fuels conflict and instability internationally. The devastating event that occurred in Paris foreshadows the importance for participating governments at the conference to finally consider climate change as a tangible threat to national security. The two most important events ending 2015, the first universal climate change agreement and The UN Security Council Resolution 2249, encapsulate the existing symmetry of current global threats to international peace and security. The events of November 2015 in Paris represent the multi faceted nature of 21st century international security issues and thus highlight the necessity for multi-faceted international security strategies.

The attacks in Beirut and Paris have overshadowed the importance of the climate change summit. It may even seem fortunate that French leaders opted not to cancel the climate summit entirely. However, the recent terrorist attacks should not distract from the importance of the summit; they should instill focus to global leaders on the consequences of ignoring the interrelation and interdependence of global crises. “This is an attack not just on Paris, it’s an attack not just on the people of France, but this is an attack on all of humanity and the universal values that we share,” said Obama earlier in a statement, highlighting the universality of the current global crisis. If signed, the Paris accord would be the first universal agreement of 21 consecutive climate conferences and would signal a critical shift in the world’s determination to stop the catastrophic rise of global warming. It also signals understanding of the international nature of climate change: global warming is universal and the actions of one nation affect all nations. The attacks in Paris should make it clear that terrorism has an international casual chain that overlaps with climate change. CNA Corporation, a federally funded research center, has described climate change as a “threat multiplier” that exacerbates existing security risks by​ forcing millions of people from their homes and straining political structures, thus opening vacuums for terrorist groups to emerge. The convergence of climate and security issues in Paris cries for increased exploration of the international security implications of climate change.

The near-simultaneous attacks in Paris that killed at least 128 people were described by French president Francois Hollande as an “act of war” organized by the Islamic State (IS) militant group. However, ISIS terrorist attacks are the indirect consequence of increases in greenhouse gas emissions, resource scarcity, and environmental degradation. These are consequential products of the historical actions of highly industrialized western nations like France. Research in the academic journal PNAS makes the causal linkage between greenhouse gas emissions and terrorism explicit, demonstrating empirical evidence that the 2007−2010 Syrian drought, which contributed to the conflict in the region, was caused by anthropogenic climate change. The drought was the worst in the instrumental record and caused widespread crop failure and a mass migration of farming families to urban centers. Century-long observed trends in precipitation, temperature, and sea-level pressure – supported by climate model results – strongly suggest that anthropogenic forcing has increased the probability of severe and persistent droughts in this region and made the occurrence of a 3-year drought as severe as that in Syria 2 to 3 times more likely than by natural variability alone. The study concludes that human influences on the climate system are implicated and at least partly responsible for in the current Syrian conflict. Thus, the Parisian attacks provide a mirror by which global leaders can observe the tangible of consequences climate change.

World powers have forged a single resolution at the United Nations Security Council to declare a common war against Da’esh and “eradicate” jihadists in Iraq and Syria. Unanimously adopting resolution 2249 (2015), the Council unequivocally condemned the terrorist attacks perpetrated by Da’esh on June 26 in Sousse, on October 10 in Ankara, on October 31 over the Sinaï Peninsula, on November 12 in Beirut, and on November 13 in Paris. The resolution determines that Da’esh constitutes “a global and unprecedented threat to international peace and security.” Perhaps because the threats posed by climate change appear less palpable, less traumatic, and less obviously lethal and immediate, the same kind of security guards have not been formed in response of climate change. Despite this lack of action, 2015 is the hottest recorded year since the Industrial Revolution bringing an unprecedented number of extreme weather events. We have officially come halfway to the maximum global temperature increase deemed reasonably safe by scientists, and have used up most of the global emissions headroom for averting dangerous climate change. These threats are very real and the consequences potentially catastrophic. In his 2015 State of the Union Address, U.S. President Barack Obama stressed that “no challenge – no challenge – poses a greater threat to future generations than climate change.” He added: “The Pentagon says that climate change poses immediate risks to our national security. We should act like it.” Despite explicit acknowledgement of the threat faced by Climate Change, mandates of the same magnitude as those regarding terrorism still have not been formulated. One of the central reasons for the divergent reactions to climate change and terrorism has to do with the way humans evaluate risks, “the availability heuristic,” which leads them to assess the probability of harm by referring to personal or readily available examples. An act of terrorism is available and salient and thus makes people fear that another such event will occur, whether it is likely to or not.

Terrorist attacks significantly activate attention and inflate human perception of immediate risk, whereas it is difficult to associate climate change with a specific threatening event. Despite scientific evidence that extreme weather events have causal links to climate change, it is often difficult to prove that climate change is responsible for the tragedy and its damage. Therefor the association tends to be speculative or otherwise non-existent in the minds of most individuals. Humans tend to focus on tragic events that have an identifiable perpetrator and, for that reason, these events produce immediate outrage. Climate change is the product not of any particular human being or group, but the interaction between nature and innumerable decisions by countless individuals. There are no obvious villains – no individuals – who intend to create the harms associated with climate change. Terrorism fits an “us and other” narrative. Yet in the context of climate change, those who are the solution might well also be (or appear to be) the problem. In these circumstances, public outrage and thus demand for international climate change security, is much harder to fuel.

A further consideration is that human beings are far more attentive to immediate threats than to long-term ones. Behavioural scientists have emphasized that in their private lives, people sometimes display a form of myopia. They tend to neglect the future and, for this reason, they might fail to save for retirement or they might engage in risk-taking behavior (such as drug and alcohol use) that will harm their future selves. Terrorist groups, such as Da’esh and their recent attacks of violence, are identifiable, current, and undoubtedly the causal linkage of innumerable human deaths. In a political context, citizens might demand protection against a risk that threatens them today, tomorrow or next month. Yet if they perceive climate change as largely a threat to future generations – if significant sea-level rises seem to be decades away – they are unlikely to have a sense of urgency.

According to Notre Dame’s Global Adaptation Index, the impact of climate change on different nations depends on their vulnerability to physical impact, and significantly, their ability to absorb these impacts. The ND-GAIN Index, which ranks countries according to their exposure to climate change and their readiness to adapt, shows the world’s poorest countries are a full century behind the wealthiest in terms of preparedness. This places millions of people and private assets at risk. Similarly, the Governance and Social Development Resource Centre International Alert report finds that in fragile states, the consequences of climate change can interact with existing sociopolitical and economic tensions and compound the causal tensions underlying violent conflict. The report identifies 46 countries in which the effects of climate change interacting with social, economic and political problems will create a high risk of violent conflict. Most of the countries facing climate change and violent conflict cannot be expected to adapt alone; some of them lack the will, more lack the capacity, and many lack both. International cooperation is required to support local action, both as a way of strengthening international security and to achieve the goals of sustainable development. Conflict management policies that address socioeconomic instability and weak governance, enhance the ability of communities to adapt to climate change and thus reduce the risk of conflicts that pose as international threats.

Current policies and strategies for conflict management and climate change are disconnected and divergent. Policies for conflict management, such as the UNSC resolution and climate change mitigation treaties, such as the Paris Agreement which is to be presented and adopted at the COP closing December 11, have the same intention. Both seek to secure human global peace and security beyond the current levels through reducing the sources of insecurity — which in this case, and potentially in many future cases, are the same. The opportunity to merge global goals is now and the effectiveness of the solutions we choose for multifaceted problems depends on our ability to asses security crisis with a multifaceted scope.