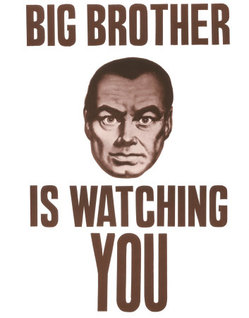 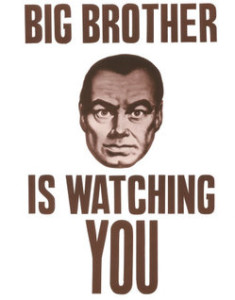 “He who controls the past controls the future. He who controls the present controls the past.” Does this sound familiar? As is well known, this is an excerpt from George Orwell’s 1984, a novel about an infamous dystopian future and a character, who works in the Ministry of Truth, responsible for propaganda and historical revisionism to maintain despotism. What is less known is that there is a striking, almost alarming resemblance between this fictional book and South Korea today. To many people’s dismay, on November 3rd, South Korea’s President Park Geun Hye announced her Conservative government’s plan to produce a single government sanctioned history textbook.[1] The new textbook, which will be written by a government-selected panel, will be compulsorily implemented in all secondary schools by 2017.

For the past five years, commissioned educators and historians have written under different private publishers – upon which schools had the freedom of choosing among the selection of textbooks.[2] There currently is a list of eight Education Ministry approved history books, out of which the current Conservative administration approves only one: the least chosen by schools, criticized for glossing over state-sponsored violence in the country’s modern history. Produced in 2013 following Park Geun Hye’s electoral win, this particular textbook also presents the military coup of 1961 (headed by the late president and father of the incumbent, Park Chung hee) under a very positive light, while downplaying its slaughter of human rights and freedoms.[3] Ironically, the Prime Minister said regarding the rationale behind the sudden switch, “We can no longer allow the use of distorted and biased history textbooks to teach our precious children. [..] We have to fix the way history textbooks are published so we can make a correct textbook.”[4] He claims that the other left-leaning editions leave “too much room” for interpretation of historical events, such as allowing North Korea to be relieved of its responsibility for starting the devastating Korean War.[5]

What is known about this unwritten book is that much will be unknown until after it is completed – including the names of its authors to protect them from public activism.[6] Many scholars anticipate that the book will undermine the elite collaboration with Japan during the colonial era (many of their descendants take up seats in the Conservative Saenuri party today)[7], human rights violations for which South Korea has been able to evade international criticism by hiding behind its worse neighbor up North, and repercussions of the economic miracle under the dictatorial rule, etc.

On November 14th, the country faced its biggest anti-government protest of the decade: over 130,000 demonstrators from 53 labour unions and civic groups gathered in the Gwanghwamun Square in a rally against the incumbent president Park Geun Hye.[8] The demonstration targeted not only the controversial textbook reforms but also the government’s plan to open up the agricultural market and the recently introduced business-friendly labor policy, which rendered layoff regulations more lenient for the apparent purpose of creating jobs for the youth. It was interrupted with police barricades, tear gas and pepper spray infused water cannons, which left 29 injured and 51 detained for investigation. One of the injured is a 69-year-old farmer who suffered a concussion after being water-struck down forcibly to the ground and is in a critical, unconscious state.[9] The police are under much public scrutiny for their excessively violent suppression of the protestors, such as directly targeting them with water guns and threatening to arrest anyone who didn’t disperse when told. In response, Justice Minister Kim Hyun-Woong said in a televised address that the government was determined to “eradicate” any public disorder and stressed that violators would “pay the price”.[10]

The video shows the police dousing a demonstrator with water cannons atop police buses and continuing to fire even when he falls motionless and others try to drag him away. (Video footage at the courtesy of Al Jazeera English)

Unbelievably but unsurprisingly, President Park went as far as to compare the protestors to members of the extremist group ISIS, calling for a ban on masks at demonstrations. “At a time when acts of terrorism are taking many lives around the world, some terrorist elements may sneak into such protests and pose a threat to the lives of our people. [..] In particular, masks in protests should not be tolerated. Isn’t that what the ISIS is doing these days, with their faces hidden like that?” Park has reportedly said at a Cabinet meeting following the demonstration.[11] Shortly ensued an introduction of a bill to ban masks at protests – a decision against jurisprudence of the Constitutional Court ruling in 2008, which ruled against prohibiting protestors from covering their faces.

The controversy surrounding the textbook reform provides a critical insight into South Korea’s modern politics. “The debate over textbooks illustrates how extremely polarized South Korean society has become,” said Han Sung-hoon, a research professor at Yonsei University in Seoul.[12] The incumbent right wing government maintains that the unified textbook, which intends to bridge the divide between their ideological gaps, is for the better. It is met with strong opposition from the left wing New Politics Alliance for Democracy party whose anti-reform campaign logo translates to: “A good president makes history, a bad one changes history books.”[13] People draw the parallel between President Park and her late father, the infamous president Park Chung hee, who wasn’t exactly a fan of freedom of expression and education either. While some see him as the father of Korea’s economic miracle, many others see him as a military tyrant who took unjustifiable measures at the expense of democracy. The projected completion year of the new, single textbook is 2017, 30 years after South Korea ushered in its democracy, or the 100th anniversary of the late Park Chung Hee’s birthday as some have remarked.

Admittedly, history is never black and white. But it also shouldn’t be a script written by the winner. Limiting digression in interpretation of South Korea’s especially turbulent history will undeniably have a dangerous impact on shaping the ideologies and beliefs of the next generation. With the objective of imposing certain “knowledge” on easily impressionable youth and molding their minds through what they are taught, this new form of censorship and state propaganda has set the country well on its course back to repeating history itself.

As Orwell puts it, “At one time it had been a sign of madness to believe that the Earth goes round the Sun; today, to believe the past is inalterable.”