A Great Escape from the City 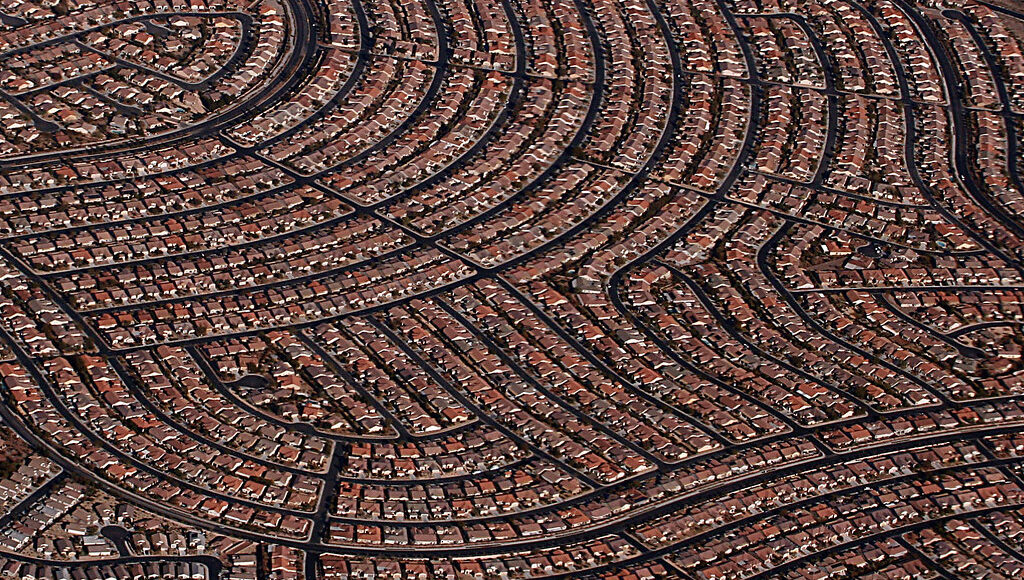 The last decade has seen young people endure declining job prospects, skyrocketing housing prices, and unprecedented levels of student loan debt, leading to speculation that millennials are engaging in a mass migration out of cities to more suburban and rural areas.  This affinity for suburban environments is reshaping the lifestyles, demographics, and sustainability of Canadians. The COVID-19 pandemic, and the shift towards a lifestyle in which social distancing and working from home may continue for the foreseeable future, is accelerating this great escape from the city.

The cost of living in cities has drastically risen over the last 20 years, reducing the possibility that young people will be able to afford housing. In 2019, the average price of Canadian homes rose by 17 per cent, hitting an all-time high. In 2020, Vancouver was ranked the second-most unaffordable housing market in the world, with Toronto following close behind in fifth place. According to the Financial Post, this means that across Canada, it takes an average of 13 years of full-time work to save for a down payment on a home, which is eight years longer than in 1976. For homes in the Greater Toronto Area (GTA), this swells to 21 years.

For a generation that graduated into the great recession of 2008, such high prices for less space is often not worth the city life. According to the online banking and financial advisor Wealthfront, one-third of millennials said the 2008 financial crisis changed their career path and slowed their professional growth. The recession also placed millennials at a disadvantage in terms of wealth accumulation, including saving for a home. As a result, many are working to catch up, delaying major life milestones, renting longer, carrying more student loan debt, and marrying later. This generation tends to hold significantly more loan debt and less cash than previous generations, making more affordable areas, often with a slower pace of life and smaller communities, more desirable.

A 2020 Redfin survey noted that residents of larger cities are increasingly looking for homes elsewhere. According to Statistics Canada, the three largest cities in Canada — Toronto, Vancouver, and Montreal — saw a jump in the number of Canadians moving to suburbs, smaller towns, and rural areas in 2020. 87,444 people left those cities between July 2019 and July 2020, compared to an average of 72,686 over the previous three years. Almost one-third were between the ages of 15 and 29, with 82 per cent being younger than 45.

One relocatee, Aminah, aged 30, cited her desire for more outdoor space for her children and her ability to work remotely as reasons for leaving Toronto’s Annex neighbourhood, where she paid $3,800 in monthly in rent, for Prince Edward County, where her mortgage for her three-bedroom house costs her just $1,800 per month. She added that purchasing a $1.5 million home was “just unfathomable.” For reference, the average selling price of a GTA home for 2020 was $1.04 million.

Since the end of World War II, suburban expansion has risen, with developers constructing more housing subdivisions, road expansions, mega-stores, and shopping malls than ever. In 2018, two-thirds of Canada’s population lived in the suburbs, with that number projected to rise. The Canada Mortgage and Housing Corporation reported that between 1990 and 2018, annual rates of completion for homes 15 to 30 km outside of Toronto, Montreal, and Vancouver grew to more than six to eight times the rate of those in the cities. However, this increasing trend towards suburbanization may cost Canadians. Suburban living is less sustainable in terms of infrastructure and the environment. Living in more spread out suburban or rural areas coincides with higher greenhouse gas (GHG) emissions. Given the lower density and distance from the city core, car dependency is high for suburban residents, be they commuting to work, visiting family, or running errands. With fewer options for public transit, cycling, and walking, the prevalence of travel by car contributes to higher rates of GHG emissions, pollution, and smog. More developments also mean cutting into farmland and forests, and they require the construction of new highways to carry masses of suburbanite commuters into major economic hubs like cities. In the GTA particularly, the 401, the Gardiner Expressway, and the Don Valley Parkway have become essential to speedy transportation between suburbs and cities. They also place a greater strain on existing water, waste, and sewage facilities.

Suburbanites’ slower pace of life and dependence on cars can also give rise to health and lifestyle challenges. People living in the suburbs tend to spend less time walking and weigh an average of six pounds more than those living in walkable neighbourhoods. With no or few characteristics of a centralized downtown area, suburbs can be isolating and provide fewer resources for socializing, shopping, and healthcare. On the other hand, the notion of more living space, easier access to the outdoors, and distance from others can be attractive, especially in the face of the COVID-19 pandemic. Suburban sprawl also causes economic and social changes that are difficult to reverse. A migration of residents of more privileged demographics and economic means can widen existing racial and economic disparities and polarization already present across parts of major cities. Migration to suburbs is unlikely to slow given their capacity to expand and absorb more residents in a time of economic uncertainty. It is increasingly crucial that suburban expansion be planned for sustainability and greater socio-economic development.

COVID-19 has made this exodus from cities possible, with self-isolation demystifying some of the glamour of living in a tiny city apartment and employees increasingly able to work from home. Across Canada and the US, people are moving away from a lifestyle defined by crowded streets, and more are betting on the potential for post-pandemic workplace culture to require less time in the office. Notably, large suburban homes have seen the biggest jump in value over the past year, with areas outside the GTA like Ajax, Burlington, and Brampton seeing the biggest influxes of new residents.

In a perfect storm of climate change concerns and rapid technological innovation, the pandemic has permanently altered the way we plan urban and suburban dwellings. There has been a surge of value in out-of-town industrial warehousing developments as well as suburban housing. Architectural educator and urbanist Ellen Dunham-Jones suggests that over the next 50 years, we can expect trends of retrofitting suburbia, including “redeveloping dying malls [and] reconstructing wetlands out of parking lots.” Looking towards a more sustainable future, developers should embrace the demand for eco-housing and biophilic nature-embracing designs.

Will this trend hold out?

COVID-19 has catalyzed migration out of cities, though the trend seems to have been building for decades. For better or worse, Canadian culture, lifestyle, and wellbeing are being reinvented by growing suburban sprawl. In any event, these trends are not yet clearly established enough to predict whether they will continue in the long term. The devastating impacts of this pandemic have not only changed the lifestyles of young people, but may force buyers, sellers, and policymakers to confront the long-growing housing unaffordability crisis.