A Local Stand For a Global Cause: The Targeting of Environmental Activists 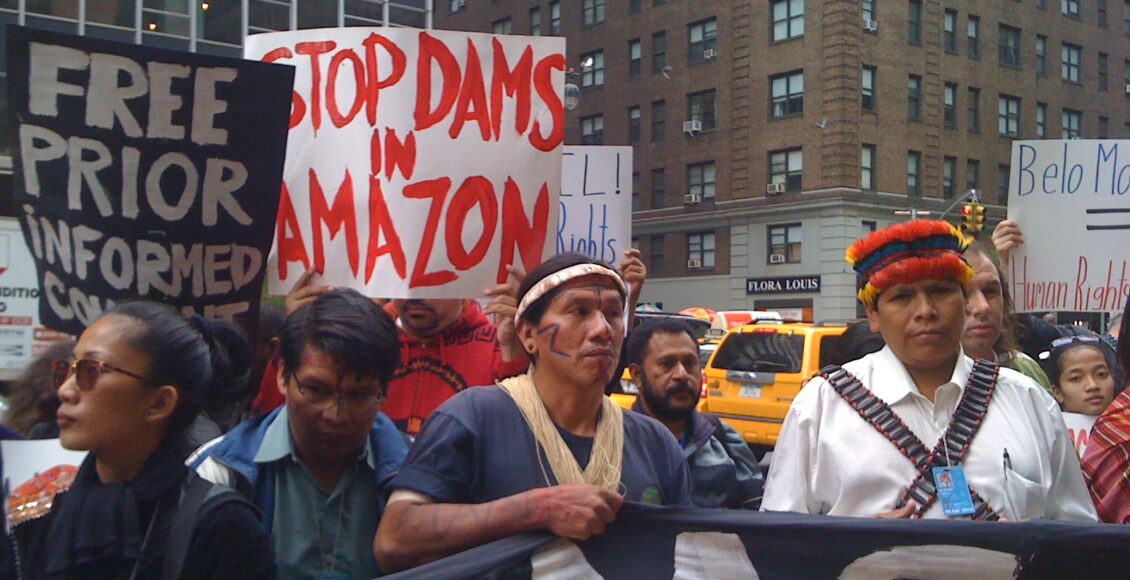 The international human rights group Global Witness released a report in September revealing that a record number of land and environmental activists had been murdered in 2020 — a total of 227. The report concludes that these environmental defenders were deliberately killed for trying to protect essential natural resources. 2020 saw double the number of deaths of 2013, and an average of four activists have been killed each week since 2015. However, these already shocking figures are likely underestimated as the organization is limited by the level of press freedom and transparency in each studied country. The findings of this report offer important reminders about the realities of the climate crisis, its inequalities, and its human impact.

The responsibility lies with businesses and governments

Global Witness concluded that the reality of the climate crisis mirrors the violence against environmental defenders: the impact is unequal, businesses are responsible, and governments are causing and failing to prevent the situation. Almost one-third of the killings were linked to resource exploitation, including mining and large-scale agribusiness, with logging alone accounting for 23 murders. Many of the attacks occurred after the activists voiced concerns against companies exploiting the environment.

In the aggressive pursuit of profit, many businesses fail to protect the environment and, in some cases, target defenders for their attempts to do so. In the report’s foreword, environmentalist Bill McKibben explained that corporate demand for the highest profit within the cheapest and quickest timeline essentially translates into a belief that anyone standing in the way must go. Despite the central role that business plays in the climate crisis, it is seldom held responsible.

Governments are also part of the problem. States are failing to protect environmental defenders in addition to their lack of action against the climate crisis. There is a distinct correlation between a lack of civic space and the presence of attacks against activists: more open and democratic societies experience fewer instances of violence. By encouraging an active civil society, governments can directly address this problem. However, states often view environmental concerns as barriers to economic growth, and their alliance with industries holds them back from meaningful action.

Not only do governments often turn a blind eye to violence against environmental defenders, but some also criminalize their activism or even directly target defenders. The Philippine government, for example, has often labelled land defenders as terrorists or rebels to delegitimize them, which harms activists’ missions and jeopardizes their safety.

States sometimes provide protective measures, such as bodyguards, to activists under threat, but this fails to address the underlying issues. Governments can do much more to protect human rights and remove the impunity of attackers. These killings are fundamentally a side effect of the climate crisis, which governments also can address by halting their detrimental environmental activities and holding corporations accountable.

The disproportional burden on Indigenous communities

It is crucial to take an intersectional approach by recognizing specific groups among those killed to acknowledge overlapping inequalities in who is disproportionately targeted. The demographic group of primary consideration in land-defending discourse is Indigenous peoples.

Indigenous peoples are most often on the frontline of climate change, fighting against the crisis and for land rights at the same time. The painfully unequal burden placed on Indigenous peoples is represented in the demographics of those killed. Indigenous peoples make up only five per cent of the world’s population, yet they accounted for one-third of the deaths in 2020, which was consistent in other recorded years as well.

In Mexico, Óscar Eyraud Adams was killed. He was a member of the Kumiai Indigenous group in Baja California trying to help his community by defending water rights. Five of the seven mass killings listed in 2020 targeted Indigenous peoples. One example occurred in the Philippines, where nine Tumandok Indigenous people were killed by the military and police, who were targeted in relation to their opposition of a mega-dam project on the Jalaur river. These examples highlight the dual nature of Indigenous environmental activism: the defence of their own territorial rights in addition to fighting the climate crisis. This reflects the demonstrably unequal targeting that Indigenous activists experience.

Latin America: an epicentre for violence against environmental activists

The most unsafe region in the world for environmental activists has consistently been Latin America. Seventy-five per cent of the attacks in 2020 were in Latin America, which also housed seven of the ten worst-affected countries. For the second consecutive year, Colombia had the highest number of murders with a total of sixty-five; that is more than one activist killed every week.

The attacks in Colombia represent broad endemic violence. Although the 2016 peace agreement ended the five-decade war between the Revolutionary Armed Forces of Colombia (FARC) and the Colombian government, new violence has emerged, particularly in rural areas. Illegal armed groups continue to fight for control over natural resource industries, drug trafficking, and land, often traditional Indigenous territory. Environmental and land activists are thus not only caught in the middle of this violence but are actively targeted.

The lack of state implementation of the peace agreement has led to competition between armed groups and violence against activists. A significant aspect of the peace agreement was coca crop substitution programs to help farmers transition to legal crops. However, those in opposition to drug crops and in support of substitution have become targets of criminal organizations invested in the drug industry. As a result, seventeen of the Colombian environmentalists murdered in 2020 were involved in coca crop substitution programs.

Despite the continued targeting of land defenders in Colombia and the ever-pressing need for environmental reform, the government continues to pursue land-intensive industries. Colombia is the fifth largest exporter of coal and has significant gas and palm oil sectors. President Iván Duque has tried to convey a climate-conscious image, saying his administration is fighting deforestation, but Colombia lost eight per cent more forest in 2020 compared to 2019. The Colombian government must commit to implementing the peace agreement, stopping armed groups, and pursue environmentally-friendly policies.

Targeting Indigenous groups is a recurring trend in Latin America. Mexico was the second most dangerous country for environmental activists, with thirty killed, half Indigenous. Similarly, violence against Indigenous communities has increased in Nicaragua, the most dangerous country per capita, with twelve defenders killed. In one such incident, four leaders of the Mayanga Indigenous community in the Bosawás Reserve were killed by armed settlers. The Nicaraguan government has let these attacks occur without consequences and has continuously undermined Indigenous land rights.

Why is this important?

The breadth of the climate crisis is overlooked when environmental impacts become the sole focus; there are profound direct impacts on humans. The human impact of climate change is already a reality that will only intensify as the crisis worsens and goes beyond land defenders’ deaths. Many activists are subject to surveillance, arrests and other attempts to silence them, in addition to people affected by heatwaves and national disasters as a result of climate change.

This report is a harsh reminder that those fighting the climate crisis bear an enormously heavy burden of trying to save essential ecosystems, which costs some activists their lives. Unless states and corporations take action to protect activists and join them in fighting climate change, Global Witness predicts that the number of activists killed will only continue to worsen. Those who stand against environmental degradation are not only defending their local environment but our global climate as well. More people, particularly businesses and governments, need to stand up for them in return.

Featured image: “Indigenous protest in NYC against Belo Monte Dam in Brazil” by International Rivers is licensed under CC BY-NC-SA 2.0.