A Moderate Strategy: Key to Winning 2018 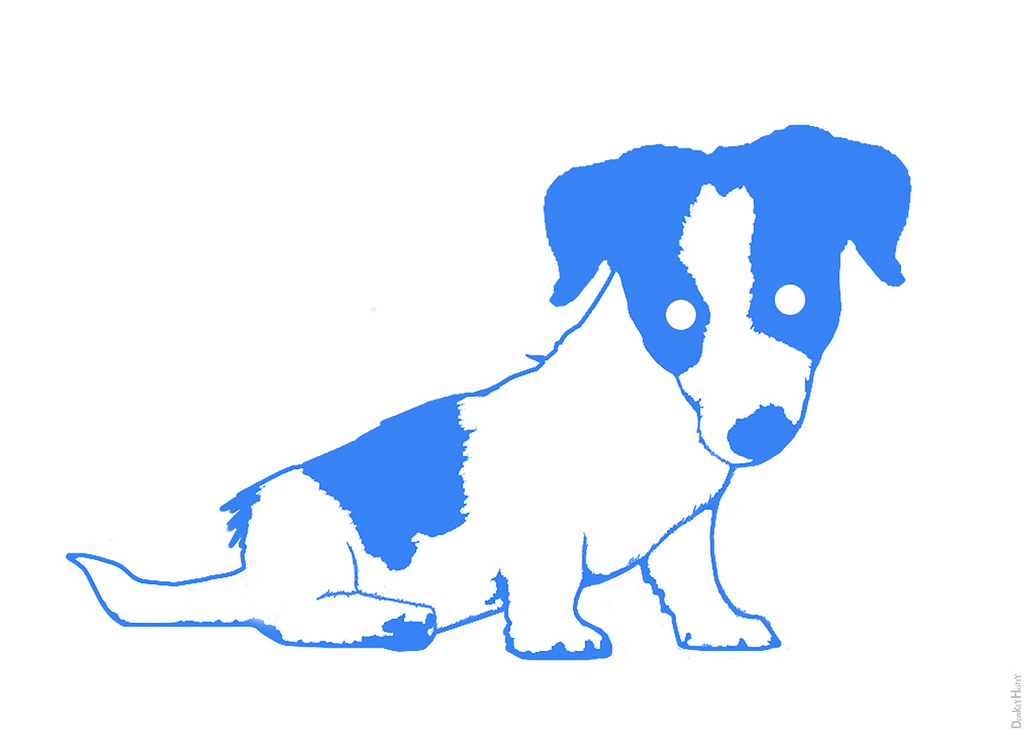 With the 2018 midterm elections just around the corner, the Democratic Party is not too far from re-claiming a majority in both chambers of Congress. Many have pointed to the controversy of the current Trump administration and disarray within GOP ranks as evidence of an incoming Blue wave. Unlike previous election cycles where the Democratic label was often enough to carry a candidate to victory, 2018 will force Democrats to confront today’s interesting reality. More than ever, candidates must fit the mold of their respective districts in order to successfully overcome a Republican challenge, understanding their district’s needs, demographics, and concerns. 2016 proved that many Democratic voters, especially those in several Blue Wall states, were tired of the status quo and responded by crossing party lines. Reclaiming exactly these types of voters who once formed the core of the Democratic Party, typically more conservative Democrats in in rural or blue-collar districts, is a task that a more moderate Blue Dog can accomplish. Though they have been deemed a “dying breed,” Blue Dogs are the Democrat’s best hope going into this election cycle.

As the most conservative wing of the Democratic Party, the eighteen-strong Blue Dog caucus is composed of moderates and conservatives on both fiscal and social issues. Those in the House that are most likely to vote against their own party have in fact been identified as Blue Dogs. The caucus is also quite geographically diverse and heterogenous in terms of candidate profile, boasting members in states such as California, Texas, Illinois, and New York. While a great way to winning back white working-class voters in key battleground states, Blue Dog appeal is not concentrated within a particular region or demographic. They are very much conducive to the Democrat’s potential of being able to win state-by-state, coast-to-coast, whether that is in Republican strongholds across the deep South or within Appalachian coal country.

Going into 2018, lesson number one for Democrats is that there is not just one type of candidate that fits each district. An Ivy-educated progressive is likely to alienate residents in the nation’s rust-belt, or an out-of-work coal miner in West Virginia. With a goal of winning back the white working class that President Trump carried in 2016, this strategy needs to include running more palatable candidates with platforms that reflect the voters of their respective districts. To do so, the Democratic Congressional Campaign Committee (DCCC) and the Democratic leadership must back more moderate, and even more conservative, Democrats. This is where the moderate, Blue Dog strategy of “transcending party lines to do what’s best for the American people” comes into play. It is a signal that they are open to compromise and bipartisanship, willing to abandon party discipline. Again, while a pro-life Blue Dog such as Dan Lipinski (IL-03) deviates sharply from the Democratic social platform, they often accurately reflect the leanings of their socially conservative districts. For the sake of preventing another Republican majority, Democrats must avoid pushing litmus tests and realize that winning big means accepting ideologies that vary across the board.

Another thing for Democrats to remember is that money and the support of the Democratic establishment does not guarantee a victory. This issue was made clear by last year’s special election in Georgia’s 6th, the most expensive race in House history. Jon Ossoff’s disappointing defeat to Republican Karen Handel sent a clear signal to the Democratic leadership. Ossoff, a young progressive who resided outside the district, could not win over the district that narrowly swung to Trump by just a percent. It was not just the amount of out-of-state money the Democratic establishment pumped into the race just to have a shot of winning that alienated voters. The presence of national party leaders reinforced the feeling that the district’s unique needs and challenges were being overlooked at the expense of making the race a symbolic national referendum on Trump. Blue Dogs offer an attractive alternative to districts like Georgia’s 6th, whose voters would much prefer a more moderate option to a Tea Party Republican or a Bernie-style Democrat.

Blue Dog candidates are key to winning 2018 because of their promises to campaign on addressing key, often ignored, issues such as lack of affordable health care, opioid addition, and de-industrialization. Addressing these kitchen-table issues that resonate with the median voter – stagnant wages, jobs shipped overseas, factory closures – in places like the country’s rust-belt, states including Michigan and Pennsylvania, is key for winning the support of organized labour. Unions are critical for campaign contributions and mobilizing voters, while pushing for much-needed reform in areas like health care and social security. Additionally, Blue Dogs are well equipped to address the nationwide opioid crisis, many of them seeing firsthand the devastating impact of addiction on rural communities. Several have vowed to take on large pharmaceutical companies that flood poorer areas with prescription drugs, and have opted to treat the issue as a public health crisis. It is these types of issues and tangible policy solutions that will win back voters.

For several House races this year, certain candidates that fall under the Blue Dog label represent excellent choices. With the resignation of Republican Tim Murphy, a highly publicized special election just took place in PA-18th. On the Democratic ticket was 33 year old Conor Lamb, a former U.S. Marine and federal prosecutor with experience living and working within his district. Lamb represents exactly the type of candidate that the party needs. Young, ambitious, and boasting a great record of service, Lamb has not been shy to support controversial measures such Trumps’ steel tariff or oil fracking. PA-18th represents a demographic that Trump famously caters to, predominately rural, white voters. And Lamb’s positions fit perfectly with what many rural Pennsylvania voters need – more industrial jobs. Former DCCC chair Rahm Emmanuel, who helped lead the Democrats to a majority in 2006, has said that his strategy was choosing candidates who “reflected the temperament, tenor and culture of their district,” not those who necessarily fit the rigid litmus test of the party’s establishment. Winning elections means recognizing the unique needs and preferences of each district.

Important for Democrats in 2018 is recognizing that the country’s urban-rural divide is more apparent than ever and remains a crucial issue going into this year’s midterms. Of the divide, Blue Dog co-chair Jim Costa (CA-16) has maintained that it “feeds into the divisions our country is facing today.” The rise of Trump gives Blue Dogs an opening to regain credibility with heartland voters who feel that their needs are not being adequately represented in Washington. Democrats have already won big in cities. Now, winning big means turning their focus to the forgotten small towns and rural areas across the country. Richard Ojeda, an Army veteran and West Virginia state senator running for the Democratic nomination in WV-3, a district Trump swept by 50 percentage points, evokes this divide in a powerful campaign video. Important in addressing this divide is also realizing that many rural voters continue to cling to traditional values, yet value the Democratic commitment to unions and economic security. Blue Dogs can continue to push meaningful government action while not insisting that rural voters give up deeply-held views and traditions. For the Democratic leadership to somehow swallow such positions, this requires pushing for an open party atmosphere that is more inclusive and accepting of difference, realizing that a more diverse party is ultimately a stronger party.

The 2018 midterms are also great opportunities to cultivate a new generation of leadership in Washington. Blue Dog victories will create young leaders that can take the party’s helm, especially as several party old-timers are set to retire or leave Congress. Many have even distanced themselves from party leadership. Conor Lamb has in fact pledged that he will not back Pelosi as the Democratic leader. As the Democratic leadership has been criticized for catering to big city elites and pushing forward an agenda that does not resonate or work for rural and working class individuals, Blue Dogs are best positioned to deviate from party lines and deliver for their districts. Furthermore, their appeal is key to attracting Republican voters in the country’s swing districts, or independents in the market for a moderate solution. With a new generation of young, moderate Democrats rising within party ranks, those like Massachusetts congressman Seth Moulton (not a Blue Dog himself), there is new hope for the Democratic Party to win back all types of voters across the country. Democratic leaders need to adequately capture the country’s diversity, not just pander to coastal voters in New York or California.

Finally, an all-encompassing lesson for Democrats in 2018 is that they must put pragmatism over party. The Democratic Party cannot selectively listen to the progressive voices in the party who insist that the key to winning seats is to move further left. Many point to the enthusiasm of Bernie supporters in the Democratic primaries, especially with younger voters, and how well he performed in areas that Trump ended up carrying. Building on this progressive enthusiasm, however, is not practical in districts where his “revolutionary” message may be deemed too radical or simply irrelevant. Bernie resonated with a lot of eventual Trump voters primarily because of his economic positions. Democrats should learn from his campaign’s successes without assuming his platform. Pragmatism also means that Democrats must be willing to accept candidates who do not necessarily conform to the party’s progressive or establishment wings. It means that in order to actually have a fair shot of winning, a message of economic justice, for instance, must be recognized to imply different things in different districts, whether that is fighting for steel unions in Pennsylvania or even for coal miners in West Virginia. Climate change is real and sensible gun laws must be enacted, but it is much easier for the party to embrace these needs than for voters on the ground who cling to proud traditions of mining and gun ownership.

A party that works for the people is a mantle that the Democratic Party needs to take back in 2018. Doing so requires re-emphasizing the party’s traditional commitment to fighting for America’s working class, while simultaneously embracing party efforts to address issues of inequality and social justice. It also rests in recognizing that the Democratic Party will not capture more votes or flip more seats by moving further left, but by embracing a moderate, Blue Dog solution in places where voters have lost touch with the party. It means creating a message and set of policy prescriptions unique to each district, whether that entails bringing back factory jobs in Indiana or vowing to protecting DREAMers in Hispanic-majority areas. Blue Dogs are ultimately best prepared to spearhead this challenge, though the real challenge is getting the Democratic leadership to recognize this.