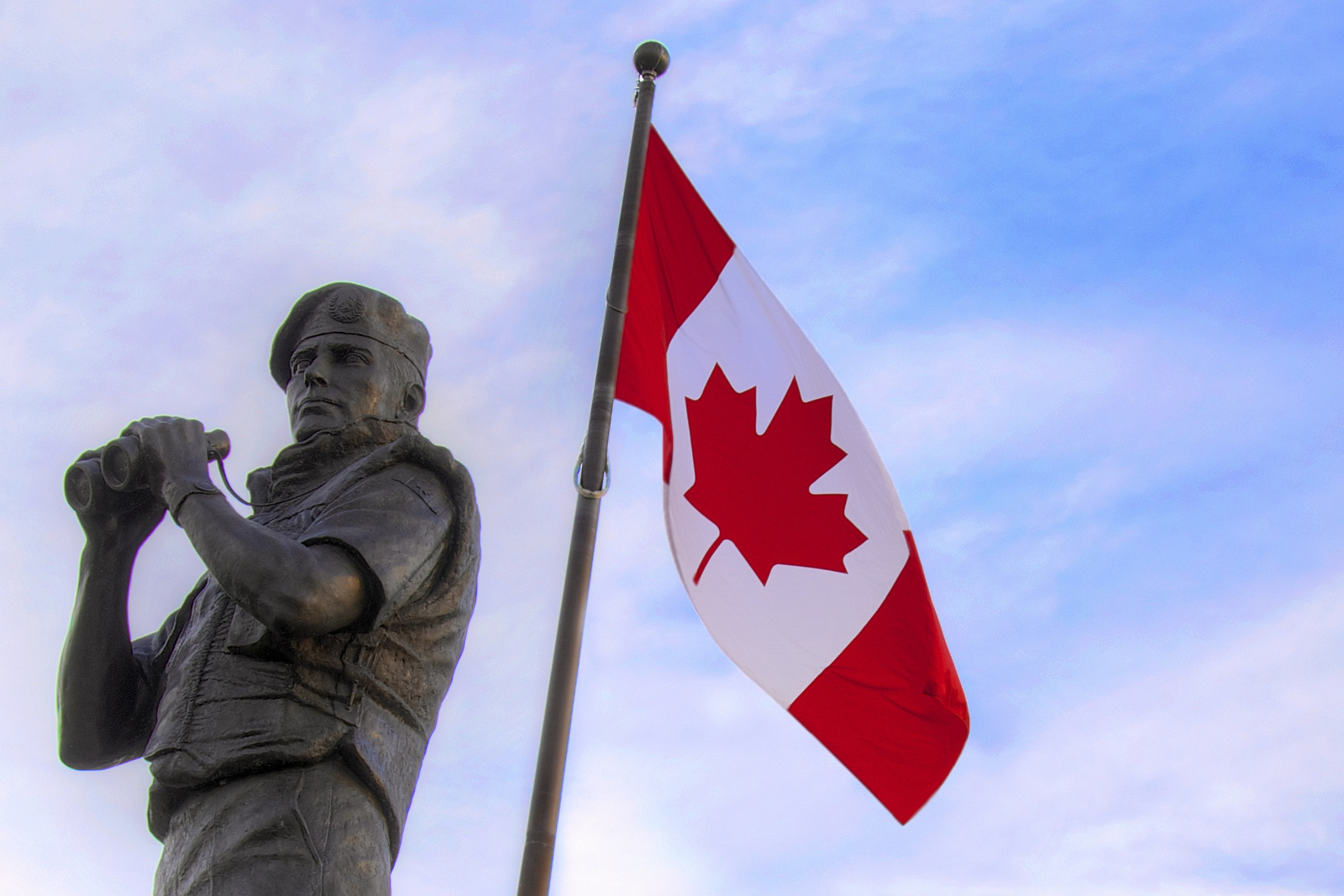 Canadian interactions with foreign powers has traditionally been one of mediation and peace mongering which has bolstered its reputation as a reliable and transparent member of the international community. Prior to becoming Prime Minister, Lester B. Pearson spearheaded the United Nations’s first peacekeeping mission when he proposed it as a method to resolve the Egyptian Suez Crisis in 1956. Pearson later received a Nobel Peace Prize for his efforts, and thus midwifing Canada’s 60 year legacy of mediation and peacekeeping. In addition to peacekeeping, Canada played a critical role in the political fistfight against South African Apartheid under the Diefenbaker administration the 1960s; he established this stance when he declared that racial equality to be an essential principle to those apart of the Commonwealth.  This position was sustained and reinforced until the abolishment of apartheid legislation in 1990.

However, over the past decade, Canada had begun to isolate itself from the international community. The Conservative government under Stephen Harper withdrew from the Kyoto Protocol in 2011, shifting foreign policy and preferred to focus on Canada’s defense budget and military contribution. Their biggest military contribution was six CF-18 fighter jets and 20 military personnel to NATO which later was apart of the the U.S.-led coalition against ISIL. Since his election in October 2015, Prime Minister Justin Trudeau has been focusing on the re-branding of Canadian soft power and has concentrated on returning to the “international mediator” position it had held at the end of the 20th century. The strides he has made towards this has been reflected in his shuttle diplomacy with governments and organizations across the world.

This was recently demonstrated with the release of Concordia University Professor Dr. Homa Hoodfar from Iranian custody. She was visiting family and conducting research on women’s participation in public life until she was detained in early March. Security forces of the infamous Revolutionary Guards searched her home in Iran, seizing her passport, electronics and research documents. On the 6th of June 2016 she was officially arrested and imprisoned in Tehran’s Evin prison on the grounds of “dabbling in feminism and security measures”. Her family was denied contact and her lawyer was prohibited from accessing her file. This was especially troubling as Hoodfar has a rare neuromuscular disease, Myasthenia gravis, which requires constant medical treatment. In late August, it was revealed that Hoodfar had been hospitalized due to her deteriorating health. During this time, there was no shortage of public support for Hoodfar and her family. There has been an outpouring of statements of solidarity coming through from United Nations Human Rights Rapporteurs and over 5000 academics signed a petition demanding her release.

Amnesty International called on Ottawa to take all possible diplomatic measures in order to ensure the immediate release of Hoodfar. However, the issue was that Canada had already suspended diplomatic relations with Iran since September 2012. This was executed by Foreign Affairs Minister John Baird due to several factors. At this time, Iran failed to comply with the United Nations resolutions on ending its nuclear program, and declared support for Syria when it was threatening Israel. Additionally, they were listed as a state sponsor of terrorism (operations in Iraq, Lebanon, Bahrain, and Yemen) under the Justice for Victims of Terrorism act and thus exempted them from the State Immunity Act. Theoretically, this allowed Canadians who have been affected by Iranian sponsored terrorism to sue the Iranian government.

These actions have led to a tumultuous relationship over the past decade which started off in 2003, when Zahra Kazemi, an Iranian-Canadian journalist was arrested while taking photos outside of Evin on the charges of espionage. Iranian officials did not even contact Canadian consular officials when she was admitted to the hospital. Kazemi died after 19 days of her arrest as a result of alleged torture and abuse while under Iranian custody. Soon afterwards, Canada became the lead sponsor of the United Nations resolution on the state of human rights in Iran. Between 2006 and 2010, Ottawa also played a key role during the four rounds of economic sanctions implemented by the United Nations Security Council against Iran because its nuclear program. Additionally, Canada has their own autonomous sanctions imposed under the Special Economic Measures Act to pressure Iran to meet international commitments.

The severance of ties between Iran and Canada has led to an inability of the Liberal Government to negotiate terms for Hoodfar’s release and is representative of the loss of Canadian political clout internationally. Since the diplomatic vacuum in 2012, Italy has been acting on behalf of Canada in Iran through their embassy in Tehran. With no direct path, the only solution was for Canada to reach out to the international community. The first step was made in September 2016 when Prime Minister Justin Trudeau called on Oman, the Middle East’s Switzerland, to mediate negotiations and had a face-to-face meeting with the Omani foreign minister at the 71st United Nations General Assembly. This move proved to be advantageous as later that day, Canadian Foreign Affairs Minister Stephane Dion met with Iranian Foreign Minister Mohammad Javad Zarif for the first time. Dion tweeted this as a meeting that “addressed status of relations”. Contacting Oman was intrinsic to navigating the backwaters of Iranian politics as Muscat’s unique position as the only non-hostile Gulf country proved to be a diplomatic masterstroke by Trudeau. Hoodfar was released within the month. In Trudeau’s statement credited Oman, Italy, and Switzerland for being instrumental in this orchestrating the interactions that lead to her release. He also thanked the cooperation of Iranian authorities and for their recognition that cases such as Hoodfar’s “impede more productive relations”. The Trudeau government announced its intentions of re-establishing a Canadian Embassy in Tehran the day Hoodfar returned to Canada. Coincidence? I think not.

With that being said, the diplomatic progress made by securing Hoodfar’s release will perhaps segue into future negotiations between Canada and Iran such as one for the release of Alison Azer’s four children. Her case was briefly touched upon during the talk between Dion and Zarif at the UN General Assembly. Her children are all Canadian citizens and were taken on a trip to Europe by her husband Saren Azer in 2015. They never returned to Canada, instead he took them to Iran and since then Azer has been petitioning and urging Trudeau to directly talk to Irani President Hassan Rouhani. Trudeau’s personal investment and initiative in the Hoodfar case to meet directly with foreign officials was what lead to the securing of her release. This parallels to his efforts in securing Kevin Garratt’s release in mid-September from China where he has been held for two years. Trudeau and Chinese Premier Li Keqiang had plenty to talk about during Trudeau’s visit to China last month. This indicates that Trudeau’s approach of direct interaction is more conducive to diplomatic success.

Trudeau has made statements about gender equality, globalization, protection of the environment, and constantly reinforcing his sunny ways. While the honeymoon period has been ended, Trudeau has certainly taken strides in rehabilitating Canada’s global presence. Strengthening international ties and investing in connections is not just in the best interest of Canadians but restores Canadian values that had been lost to time. Being a soft power, the ideal way to maximize influence in an area where there is a lack of regional balance of power, is to establish ties, a stronger role, and to bring people together. The Liberal government has been racing to re-implement themselves on the international stage and this strategy of rebranding has become one of role-modelling. In 2010, Canada failed to secure a seat on the UN Security Council but the intentions of the Liberal government are clear, to have a seat in 2021 and if they continue to proceed in their current direction, it may become a reality. Trudeau’s handling of diplomatic emergencies and successful mediation efforts shows potential for future Canadian negotiations with hostile foreign powers and once again, stepping back into their peacekeeping role. The revitalization of Canada could soon prove to be a more peaceful and transparent alternative to the United States as a mediator of international conflict.