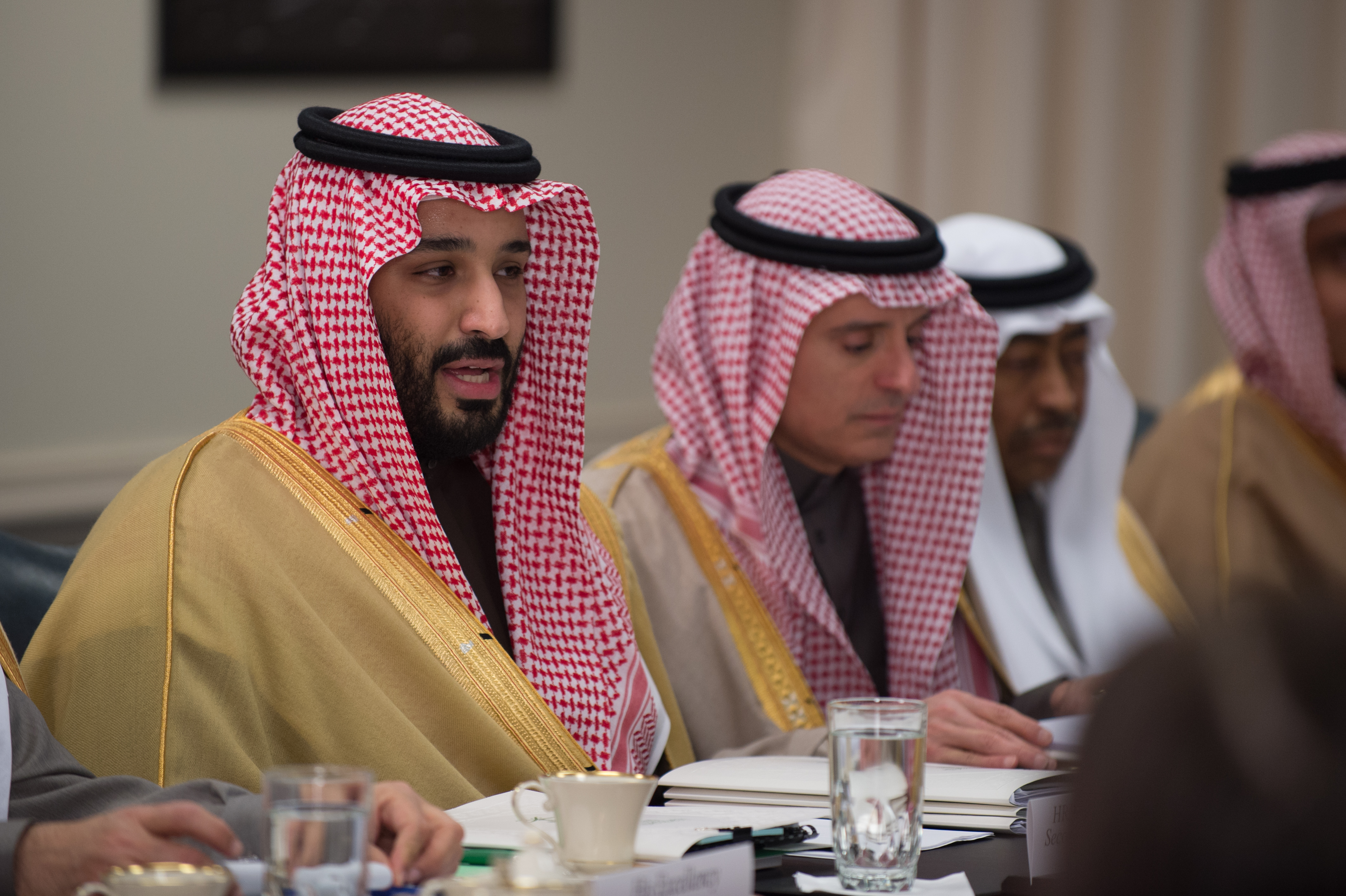 Riyadh’s recent purge of high-ranking officials has marked a significant turn of events within Saudi Arabia’s politics, an event with significant domestic implications as questions of the Kingdom’s economic, political, and social future emerge. Just earlier this month, 32-year-old Crown Prince Mohammad bin Salman (MBS) ordered the arrests of dozens of prominent Saudi princes, bureaucrats, and ministers in a move motivated by a desire to consolidate authority and establish himself as the chief face of Saudi politics. However, while the intentions of this royal shakeup are clear as being motivated by power consolidation, these events can also be viewed as the sweeping away of the Saudi old guard. Mohammad bin Salman’s ambitious reform agenda, stemming from his image as a young reformer and naturally opposed by a conservative Saudi establishment, demonstrates his ambitions and vision to raise the Kingdom’s economic diversification and liberalize its personal status laws.

Since November 4th, more than 200 princes, ministers, and businessman have been detained at the Ritz-Carton in Riyadh. Argued to be the “most sweeping transformation in the kingdom’s governance for more than eight decades,” these arrests were part of MBS’s corruption crackdown. Such corruption charges are often politically motivated and made to discredit those who stand in the way of a particular individual or agenda. Mohammad bin Salman is likely to publicly frame this reshuffle as rooting out corruption in order to preserve the name and integrity of the royal family. Realistically, however, it is seemingly motivated by a desire to smooth the way for future reform. Either way, these efforts are part of a clear ploy to centralize all authority under MBS, who, following the shakeup, took official control over the military, internal security services, and national guard. As the heir apparent to the Saudi throne, MBS is already paving his way and solidifying his ambitions even before the death of his ailing father, King Salman. His reign will mark a departure from the old, deeply tribal Saudi Arabia ruled by consensus and alliances between competing factions of the House of Saud.

To many, Saudi Arabia is viewed as stuck in history, characterized by an extensive network of royal patronage, draconian interpretation of Islamic law, and traditional resistance to social and political reform. A religiously homogenous state, Saudi Arabia follows a stream of ultra-conservative Sunni Islam known as Wahhabism, a religious and political movement that guides Saudi domestic and foreign policy. The Saudi ulema (religious establishment scholars) have granted the House of Saud a mandate to determine the Kingdom’s policies, which are characterized by its extreme intolerance of religious minorities and suppression of basic civil liberties. Women were famously forbidden from driving, and voicing criticism against the royal family remains explicitly forbidden —even punishable by death. A recent royal decree, thought to be spearheaded by Mohammad bin Salman, recently lifted the ban against female drivers. While Saudi Arabia remains staunchly conservative and very unlikely to institute sweeping social reform, the decree represents a departure from tradition and an effort to modernize by incorporating the other half of Saudi’s labour force.

Mohammad bin Salman has already demonstrated his willingness to circumvent tradition and the precedent that has ensured Saudi stability throughout decades. The most evident case of this breaking of precedent is his Vision 2030 economic plan, which seeks to reduce the Kingdom’s unsustainable reliance on oil, to diversify its economy, and to develop its healthcare and education sectors. As the price of oil drops in worldwide markets, Saudi Arabia has faced heavy pressure to drift away from oil dependence. In order to reduce its budget deficit, Saudi Arabia realizes the need for non-oil-based sources of revenue. There is also the recognition that Saudi Arabia will need to open itself to foreign sources of investment, likely instituting investor-friendly reforms that will improve Saudi Arabia’s tough business climate. Changing the dynamic between business and politics, MBS’s reforms could centralize decision-making, allowing greater stability and certainty for investors who will avoid the complexity of having to “navigate the web of power centres” run by thousands of Saudi princes.

Other initiatives under Vision 2030 have included increasing the number of women in the workforce, which, though predominantly economically-driven, also illustrates MBS’s push for social reform. The Crown Prince has expressed his desire to reduce the presence of the Islamic mutaween (religious police) and curb the political influence of the Wahhabi religious establishment, speaking of a need for “moderate Islam.” MBS is aware of the fact that without renegotiating “a new social contract between citizen and state,” economic reform is likely to fail and citizen grievances will only worsen. Socially, it is important to recognize that while MBS may very well be reluctant to embrace social reform, economic development will inevitably trigger citizen demands for greater personal freedom and loosening of existing restrictions.

While it is much too optimistic and premature to recognize this power grab as a complete ousting of the Saudi old guard, the reasoning behind these developments is noteworthy. Saudi Arabia will not suddenly democratize nor will it embrace full civil liberties for women and religious minorities. In fact, Wahhabi doctrine will continuously prevail, especially as the Middle East remains destabilized by proxy wars and Iran’s regional ambitions continue to grow, using Wahhabism as a pretext for expanding its regional influence. Furthermore, Saudi Arabia receives its domestic authority and legitimacy from maintaining its Wahhabi tradition, using its religious mandate to exercise heavy control and repression. It is, however, completely fair to brand Mohammad bin Salman as a young, ambitious reformer that represents a fresh face for Saudi Arabia. At only 32 years of age and likely to soon succeed his father, MBS is less conservative than older family members and carries a more pragmatic outlook. And given his likelihood to occupy the throne for many decades, MBS realizes the imperative of building a strong and stable foundation that will last throughout his reign.

More importantly, Mohammad bin Salman realizes that many poor and ordinary Saudis feel alienated by a royal family which they see as an elite and corrupt body, immune to the rule of law and profiting at the expense of its citizens. The corruption clampdown likely resonates with poorer and middle-class Saudis who would like to see the royal family held accountable and aware of a Saudi Arabia beyond the royal palace. As over 60% of Saudis are under 30 years old, the Kingdom will have to make investments in creating new jobs, improving health care, and widening access to education. Failing to do so will increase the likelihood of the Kingdom falling victim to youth grievances similar to those that characterized the Arab Spring in 2011. MBS is much more in tune with popular sentiment, and, though met with resistance from the old guard, his corruption campaign was widely popular with the Kingdom’s youth. Building a constituency outside the royal family, the Crown Prince is slowly destroying old elite and patron networks to make way for his ambitious reform agenda.

Mohammad bin Salman is fully aware that Saudi Arabia can maintain neither domestic support nor regional and international prominence if it remains mired in the past and unwilling to change. The social and economic reforms that he has seemingly promoted are a credible sign that Saudi Arabia is willing to diversify and modernize, though building a constituency of loyal and committed followers will remain an important task. As Saudi Arabia moves closer to 2030, it is absolutely critical that the Kingdom take crucial steps towards investing in non-oil-based sources of revenue and continue opening the country to foreign investment opportunities. MBS is more than just power-hungry; he is genuinely committed to modernizing Saudi Arabia’s economy to improve domestic conditions and build regional and international influence. Economically, his corruption crackdown is an effort to reduce barriers to growth, promote transparency, and create an investor-friendly business climate. As Mohammad bin Salman asserts his authority and pushes transformative reforms, the consequences will have profound implications for the Kingdom’s social environment and power structures going forward.