A Socialist Reviews the Canadian Conservative Leadership Race, Its Hopefuls and Not-So Hopefuls

As the dust settles, it is clear who the winner is – the self-proclaimed agent of “change” Justin Trudeau.  As results are announced, STEPHEN HARPER tries to console disgruntled audience of Conservatives after a gruelingly long 78-day election campaign. People across the country look at their TV sets with confusion, is he stepping down or not? Is this even a concession speech? Why does he keep calling me his “dear friend”?

RONA (with conviction): We’re going to have the strongest opposition party that Canadians have ever see.

More than a year later, it is May 27th, 2017 and Conservatives across the country have assembled together to chose a new Conservative leader. What hopefuls might this new cast of characters include?

From enigmatic, loud-mouthed, celebrity “businessman” Kevin O’Leary, to the brother of the crack-smoking mayor of Toronto, Doug Ford, this will prove to be a potentially interesting (and entertaining) race.

People who have publically shown interest in running

Maxime Bernier, re-elected as of 2015 is the MP for the Quebec constituency for Beauce and was foreign affairs and industry minister under Stephen Harper. He also served in a smaller portfolio after having resigned from his post as industry minister after leaving confidential government documents at his girlfriend’s house (who also happened to have connections with the Hells Angels) as Minister of State for Small Business and Tourism for the last four years of the Conservative mandate.

Being a francophone, he could potentially significantly help the Tories raise their dismal seat count in Quebec (they did however see gains in 2015 from 5 to 12).

In an article published in December, Bernier said that he is interested in running but just needs to find the money, team and support to see if he should run.

If he does run however, be prepared for more tacky campaign tunes like this one he ran during his 2015 election campaign:

Tony Clement, MP for Parry-Sound Muskoka since 2006 is one of the more high profile potential leadership contenders. He ran for leader against Stephen Harper in 2004 but came in third with just 5.4% of the vote.

He has a lot of experience in government, serving as President of the Treasury Board for the last four years and in other various ministerial portfolios under Harper as well as a provincial MPP in Ontario as a Progressive Conservative from 1995-2003. He also ran for leadership for the Ontario PCs in 2002. Seems like Tony Clement will run for anything that pops up (watch out Tom Mulcair).

Aside from spending his time running for leadership, Tony Clement spends his time on Instagram tryin’ to pander to the youths showing pictures of himself at music festivals and posing with the one and only Justin Bieber, as well playing guitar.

Will Stewart, previously John Baird’s chief of staff, says that one of Clement’s biggest challenges will  be trying to distance himself from Stephen Harper. Clement was one of the closest to him and with Harper’s growing unpopularity within the party, this could be detrimental. 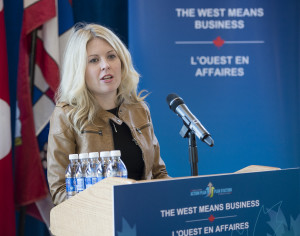 Michelle Rempel, elected as the MP for Calgary Centre-North (now Calgary Nose Hill) in 2011 at the age of 32, served as Minister of State for Western Diversification. She now serves as Critic for Immigration. She also served as Parliamentary Secretary to the Minister of Environment, often spewing the same sort of rhetoric and lies that many Harper officials did. If elected leader she could bring the new and young face the Tories need (and by that I mean not an old White guy).

When asked by supporters on Twitter about her run for leader she replied: “I’m a 35 year old chick. We’re not supposed to do these sorts of things, you know,” being intentionally sarcastic. Her often acerbic wit does draw some pretty interesting scenarios during Question Period in the House as well as on Twitter. Michelle Rempel though like Tony Clement is a little too close to ole Steve and that could be detrimental. 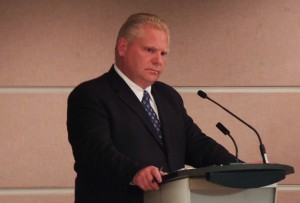 Ahh Doug Ford, the brother of mayor Rob Ford. If nothing at all the name Ford at least gives brother Doug name recognition.

If you’ve been living under a rock for the past year, Rob Ford was the Mayor of Toronto from 2010-2014 and ran on platform to “protect taxpayers.” He was known for ludicrous incidents involving substance abuse like in 2012 after a St Patrick’s Day Parade where he held a  “wild party” in his office. Ford knocked down a staffer, insulted others, then went to a restaurant until 2 AM and returned to City Hall to drink there instead. Ford also refused to march with those participating in gay pride parades as mayor of Toronto. After controversies like these one however he still ran for Mayor. After being diagnosed with cancer his brother Doug took over and came second to John Tory.

If you want to know what kind of guy Doug is well in an October article in the National Post he said, “Donald Trump is stealing from us…” I think that tells you all you need to know about Doug Ford.

Speaking of Donald Trump! Next on the list is Canadian celebrity businessman Kevin O’Leary (or as I like to call him Canadian Donald Trump), most famous for constantly interrupting former co-host Amanda Lang on CBC’s the Lang and O’Leary Exchange (now simply the Exchange). There is not one thing that doesn’t make me drop my jaw in utter awe of his obnoxious ignorance and condescension whenever he speaks. Like this little tidbit from when he was still on the Lang and O’Leary Exchange on CBC where he calls the fact that the 85 wealthiest people in the world have same amount of wealth equal to the 3.5 billion poorest people “fantastic”:

And there are so many other clips and soundbites that I could find from him asking NDP Premier Rachel Notley to step down for a million dollars to him attempting to bully a 14-year old climate activist on national television but I think this characterises his worldview in a nutshell pretty well. And as you could see from the beginning of this clip he has doubts about climate change as well. He is like Trump an anti-establishment type candidate. The only place O’Leary should remain is on Shark Tank; at least on there he’s entertaining and harmless. 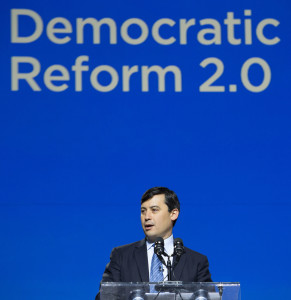 To me, MP Michael Chong seems like the most rational candidate for this leadership race. MP for Wellington-Halton Hills since 2004, he has served in various ministerial portfolios. He’s a moderate in the party and in 2004 supported the Kyoto protocol and also supports continued door-to-door home mail delivery for rural communities.

Following a decision made by Stephen Harper to recognize Quebec as a “nation within a nation” Chong resigned as Minister of Intergovernmental Affairs as he did not agree with this position saying: “I believe in one nation, undivided, called Canada”. As a result of this Chong was banished to the dark and dreary place known to all as the backbenches. Instead of withering away like some would Chong attempted to pass reform that would be somewhat meaningful (albeit gutted almost completely by Harper). The Reform Act aimed to give MPs and party caucuses more power. It eventually passed.

Apart from being, you know, a Conservative, Michael Chong actually seems half-reasonable.

Other candidates who have sort of kind of publically showed interests are Tory vet politician Peter MacKay (who makes Canadians pay for his free rides on military aircrafts oh yeah he was also defense minister too) who I would say is probably the front-runner of the race, Lisa Raitt and Kellie Leitch, former ministers under Stephen Harper also have significant chances in the leadership race.

Even though these candidates have not said publicly that they are running they still if entered would have very good chances at securing a possible win.

Andrew Scheer (former Speaker of the House), Rob Nicholson (former Justice Minister) and the infinitely infuriating Pierre Poilievre have also been names that have been thrown around as potential candidates for leader but two names for prospective candidates stand out in particular. 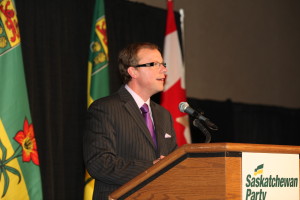 Saskatchewan Premier, Brad Wall will be facing re-election April 4th but has since 2007 as premier stood for conservative Saskatchewan values under the Saskatchewan Party leader. He has immense popularity, being named the most popular premier in Canada. But that doesn’t mean that he’s not controversial. Brad Wall is a Harperite-type conservative to the core and is the last standing conservative premier east of Manitoba. Wall is on the right of the right when comes to climate change and his position is even more dismal when it comes to refugees.

In early November, Wall wrote a letter to Justin Trudeau demanding that he suspend the plan to bring in 25,000 refugees. An obviously, highly unpopular opinion. Brad Wall has declined publicly to run but most speculate he might change his mind after the result of the election on April 4th. 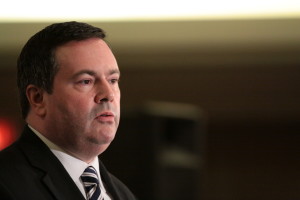 The other big name is someone who has been rumoured to be running for later after Harper’s departure for a long time – Jason Kenney. Elected first as a Reform MP in 1997, he has held his seat in Calgary Southwest (now Calgary Midnapore) there consecutively. As Minister of Citizenship and Immigration, conservatives everywhere applauded him. He also served in other very important positions like defence and employment. As a Reform MP, Kenney too like Brad Wall is deeply conservative and again may be too close to Stephen Harper.

Among the things he did, most controversial was implementing the toxic niqab ban back in 2011. In 2015, in his appeal on behalf of Citizenship and Immigration, in the case Citizenship and Immigration v Ishaq, 2015 FCA 194, the three justices ruled in favour of Zunera Ishaq and her right to wear the niqab confirming that the federal requirement was unlawful. This was part of the racist rhetoric the Conservatives tried to serve us during their ill-fated campaign and Kenney was a huge part of it.

If he entered the race though, he’d be nothing short of a front-runner.