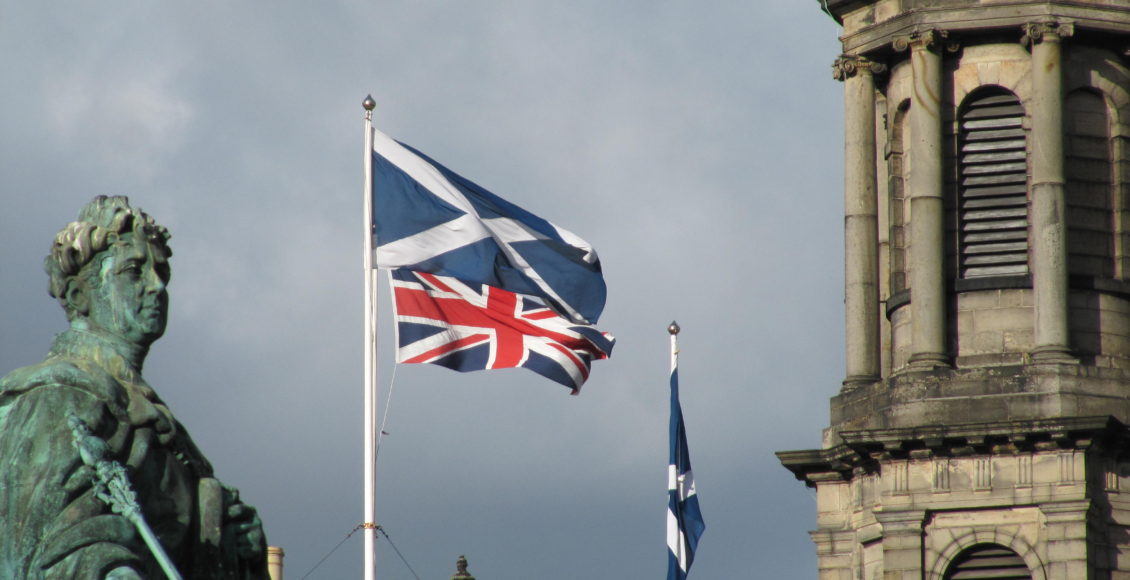 Since 2016, three different prime ministers have each tried to facilitate the United Kingdom’s messy divorce from the European Union (EU). After months of negotiations, Prime Minister (PM) Boris Johnson managed to reach a tentative deal with the EU on October 17—two weeks before the October 31 deadline—that would have prevented a “no-deal” Brexit. Johnson’s deal was voted down after a heated debate, and Westminster is now being forced to hold a snap election on December 12, a month and a half before the new deadline for Britain’s exit from the EU. While there is still tremendous uncertainty regarding when and how Brexit will finally happen, there is yet another political storm brewing north of the English border that could throw British politics into even greater disarray.

In the 2016 Brexit referendum, Scotland decisively voted for the UK to remain a member of the EU with 62% voting to stay and only 38% voting to leave. Of the four Home Countries (England, Wales, Scotland, Northern Ireland), Scotland showed the greatest support to remain in the EU. Many Scots feel that Brexit was involuntarily forced upon them by their English compatriots. That said, Scots are once again feeling politically alienated from their English neighbours to the south, only five years removed from a failed independence referendum. As a result, there have been increased calls from citizens and politicians alike for a second independence referendum in the wake of Brexit. In recent months, these calls have gained momentum under the leadership of the First Minister of Scotland, Nicola Sturgeon, and her Scottish National Party (SNP).

From the Scottish separatists’ perspective, Brexit will be disastrous to the Scottish economy.  Estimates predict a Scottish GDP in 2030 that is £9 billion lower than it would have been had the UK stayed in the EU. Scotland also relies heavily on immigrants from EU countries to offset their aging population. Reduced immigration, as a result of Brexit, will lead to a decrease in the Scottish working-age population and exacerbate the negative effects of an aging population, including fewer healthcare and public service workers. Perhaps most importantly, the SNP claims that Brexit “will leave every Scot worse off by £2,300 a year, [and] wipe out 80,000 jobs.” These dire economic predictions have left Scots visibly frustrated, and on October 5, thousands took to the streets of Edinburgh demanding independence. First Minister Sturgeon was not in attendance but tweeted: “…be in no doubt – independence is coming.” She later stated that a referendum “must happen next year.” For Scottish separatists, it looks increasingly optimistic that they may have a second shot at independence. That being said, recent polls peg Scottish opinion as an even split on whether or not to leave the UK.

Good luck to everyone marching for independence in Edinburgh later. I’m not able to be there in person today, but I will be with you in spirit. Have a great day. And be in no doubt – independence is coming. #indyref

Political opinion throughout the rest of the UK is also mixed. As recently as September, Boris Johnson vowed to block efforts for a second independence referendum, stating that “we made an explicit promise to the people of Scotland that [the 2014 referendum] was going to be a once-in-a-generation event… and I think we should stick to that.” On the other hand, Labour Party leader, Jeremy Corbyn, doesn’t believe that Westminster should block another referendum if Scotland demands it, but has made it clear that he prefers to keep the union intact. Overall, it remains unclear whether or not a legally-binding independence referendum could even be initiated in the current political climate.

How would Scottish independence work?

The major objective following a Scottish split from the UK would be to rejoin the EU. Although the EU has not made an official statement about possible Scottish independence, the process to become an EU member state is lengthy, and may prove politically impossible for Scotland. Following hypothetical negotiations between Scotland and the EU, an “accession treaty” must be unanimously ratified by each EU member nation. This includes Spain, which is struggling to contain a burgeoning Catalonian independence movement. There are fears that following Scottish independence, Spain might veto their accession to the EU in order to send a message to Catalonian separatists. Last November, Spain’s Foreign Minister, Josep Borrell, said that Spain would allow Scottish accession if their independence is achieved with Westminster’s support. However, a Spanish diplomat in Edinburgh was fired in June for publicly sharing the same opinion, signalling a change in policy amidst increased Catalonian unrest.

Additionally, independence would lead to innumerable economic challenges. An independent Scotland would rely heavily on profits from North Sea oil to drive their economy. However, this could be troublesome in the long run given the unsustainable nature of oil and recent global movements to limit oil drilling in order to combat the climate crisis. Scotland also relies tremendously on England and the rest of the UK for economic support. A sizeable 60% (£48.9 billion) of Scotland’s exports in 2017 were to the rest of the UK, and Scotland’s public deficit is largely subsidized by London and regions in the south of England. Given their economic reliance on the UK, a split from the union could plunge Scotland into economic chaos. There is also continuous debate over what currency an independent Scotland would use. The current SNP plan is to continue using the pound during a “transition period” before creating its own currency. However, this plan would limit Scotland’s economic sovereignty and has not been well received by many of the more extreme separatists.

With another failed exit from the EU, an upcoming election, and the looming possibility of a Scottish independence referendum, Britain’s political situation is growing messier by the day. There is no easy solution to the question of whether Scotland should secede from the UK, nor how they would successfully achieve a prosperous independence. Immense complexities underlie the creation of an independent Scotland, not to mention the controversial possibility of a hard border between Scotland and England.  Consequently, there is no way to predict if or how Scotland will secede from the UK. If the SNP fulfills expectations and claims the vast majority of Scottish seats at the polls on December 12, many will see it as providing a clear mandate for a second referendum. However, if British politics have taught us one thing over the past few years, it is to expect the unexpected.

The featured image “Saltire and Union Jack” by Andy D’Agorne is licensed under CC BY-NC-ND 2.0.