A State in Suspense: The Future of Justice in Guatemala 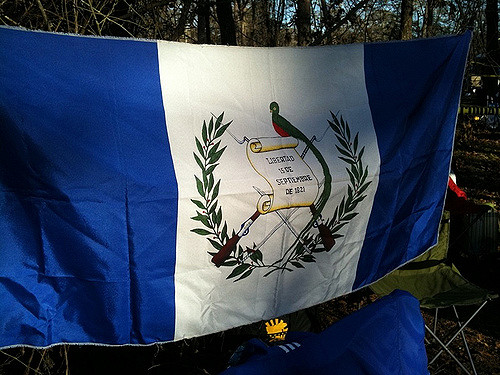 Since the beginning of September, the Guatemalan judicial system has been in a state of suspense following President Jimmy Morales’ announcement to disband the UN-backed International Commission Against Impunity (Comisión Internacional contra la Impunidad-CICIG). Established in 2006 as an independent safeguard to combat the country’s long history of corruption, the organization has functioned as one of the few remaining institutional safeguards in Guatemala. It specifically targets high-level officials and corporate executives participating in political corruption in the forms of bribery, extortion and most notably, impunity. Its mandate expires in 2019.

This is not the first time a president -or even Morales- has attempted to eliminate and disable this body. In 2017, Morales attempted a similar move following a conviction brought against his son and brother. Despite his efforts, the mandate was renewed for 2018, as it had been four previous times.

This time, however, may be different. On September 16th, the Guatemalan High Court overturned the proposed disbandment and with it, the ban against its current leader, Colombian National Ivan Velasquez. Despite this decision, Morales has yet to reissue Velasquez’s visa. Even more alarming, however, is his blatant rejection of this decision, which he announced surrounded by armed military and police officials that same day. Such a blatant disregard for another governmental institution – representing supposedly equal authority – reflects the increasingly overt and violent consolidation of power within the executive branch. This is frightfully reminiscent of Guatemala’s not so distant military dictatorship.

Political corruption is nothing new to Guatemala, but since the advent of neo-liberal policies and the increasing involvement of foreign political and business actors, most notably from the US, the extent and severity of this corruption has dramatically increased. In many cases, this internal corruption is the product of external intervention. This situation has perpetuated land and resource monopolization as well as extreme socio-economic stratification. In fact, despite Guatemala’s growing GDP in the years following its civil war, which officially ended in 1996, the poverty rate has actually increased – resulting in one of  highest child malnutrition rates in the world, at a rate of 46.5%. Guatemalans have seen little, if any, of the benefits from the country’s economic success, which points to serious problems at the systemic level.

The recent move by Morales to disband the CICIG is likely related to a shift in US politics. In stark comparison to the Obama administration’s staunch support of the CICIG, the Trump administration has been indifferent in its support for this body. The previous success of the body was rooted in overwhelming domestic and international support which prevented high level officials from interfering with the CICIG’s function. Consequently, economically influential countries like the US have been influential in checking the power of high level officials who are the primary perpetrators of corruption. Recent US indifference, however, leaves the body vulnerable to arbitrary attacks, like the one propagated by Morales, and runs the risk of undermining Guatemalan judicial reform more broadly.

In response to Morales’ announcement, protests erupted in the nation’s capital. Such charged interactions between citizens and the state are becoming increasingly common, as Guatemala finds its already weak institutions on the verge of a complete collapse. Violence and militarization are intensifying daily, with the atmosphere becoming increasingly reminiscent of the country’s not-so-distant civil war. Despite the Civil War’s official resolution in (1996), Guatemala has struggled to recover and establish legitimate institutions and leaders at both the national and local levels.

At the core of this societal insatiably is land reform and the continual refusal by the nation’s political leaders to address the monopolization of land by wealthy elites, many of whom are not even Guatemalan. Due to their dependence on land-based resources for sustenance, indigenous groups and peasant ladinos (non-indigenous Guatemalans) who make up a majority of the population have been most severely affected. This refusal reflects a general trend in the region, as similar issues have led to violent clashes in Mexico, Bolivia and Nicaragua in recent years. Velasquez, who has remained active these past months, despite his barring, notes the “growing influence of criminal structures” within the state that have actively sought to suppress the rise of grass-roots movements. These movements reflect a growing frustration with the political, social and economic injustices that have made life intolerable to the point of mass migration in the Central American region over the last several years.

Since the announcement to disband the CICIG in September, Guatemala and the future of its judicial system have been in a state of suspense, as both domestic and international entities have voiced concern over Morales’ actions and his increasing power over the Guatemalan state. Aside from its role in investigating more immediate cases of corruption, the body was also established to assist in more long-term judicial reform to limit corruption.

Until recently, the body had been relatively successful in fostering reforms through a three-phase program that involved coordination and support from the three branches of government as well as the collaboration between local, regional and national leaders. The first phase, which began in 2014, focused on regional dialogues between academics, indigenous authorities, state institutions, social organizations, and the private sector. Leaders tried to include women and adolescents in the discussion as well. The second phase, which was completed in 2016, focused on creating a conscience within the different sectors for upcoming an upcoming discussion of constitutional reform. The current phase, which has been halted considering recent events, is the drafting of continental reforms.

Despite current difficulties, investigations by the CICIG have continued. Many investigations implicate Morales either directly or indirectly through his associates and family members. These alarming results reinforce the importance of this judicial council and judicial reform more broadly.

One such investigation called into question the legitimacy of Morales’s very election, revealing that two high ranking business men, Rodrigo Arenas and Andres Bertram, provided illicit and unreported funds to Morales’ campaign during the 2014 elections. This investigation, however, was abruptly halted due to a change in the country’s penal code. This law, which came as a shock to his anti-corruption campaign and his international pledge to support judicial reform, was put into effect almost immediately after Morales took office in 2015. The law guarantees impunity for large businesses involved in campaign financing, like that of Arenas and Bertram. This law is just another example in a larger trend towards impunity that not only serves to perpetuate corruption, but also sends an alarming message that some individuals– specifically those in the country’s highest positions–are above the law.

The most alarming scandal implicating Morales, however, is the accusation brought against his newly appointed deputy minister of interior, Kamilo Rivera, and his his involvement in extrajudicial executions undertaken by the national police force, the National Civil Police, during the previous presidency of Oscar Berger. As part of a larger investigation by the Attorney General’s Office and the CICIG, eight officials, including Rivera, have been linked to these extrajudicial executions. Evidence suggests that the crime scenes were altered to make it seem as though the victims had confronted police and thus prompted their own deaths.

Since its creation in 2007, the CICIG has been relatively successful in its efforts to not only stop but also punish and reduce future corruption. However, since the election of Morales in 2015, the weight of this body has seriously diminished. Morales and his administration have been under investigation by the CICGI since 2017, yet Morales has repeatedly evaded the body’s reach through strategic rearrangements of high-ranking officials and even changes to the penal code to protect himself and his inner circle. Over the last few years, sentencing rates have decreased despite the increase in convictions.

Such actions directly threaten the integrity of justice in Guatemala by setting a precedent that allows officials to bend the legal system to their will. As Vasquez noted in November, “impunity is an uphill battle” in Guatemala. He made these comments over Skype at the first Diálogo de la Cultura de la Legalidad y el conversatorio acerca de la situación de la justicia en Guatemala, seeing as he has not been granted reentry into the country.

Above all, this fight against impunity demonstrates the need for serious judicial reform in Guatemala to ensure that despite changes in power, standardized, just and clear legal limits are in place to protect citizens. Currently, there is no internal nor systematic authority to check the power of individuals and state institutions as a whole, which ultimately allows those in power to get away with gross and often violent abuses of power

In Guatemala, violence- and not the legal code- is the ultimate enforcer and punisher. Unlike other nations in the region, such as Mexico, Guatemala has not necessarily seen the rise of a state but instead the rise of an ‘unholy alliance’ between criminal gangs, business elite politicians and security services. While Mexico’s “parallel state” has a clear decision between criminal gangs and the government, in Guatemala the government has been consumed by these non-institutional groups, making the line between the two virtually nonexistent.

This seemingly daunting fight for impunity, however, has not deterred Guatemalans nor international participants. In the wake of this crisis, they have pledged increasing sums of aid towards the continuation of the CICIG. Both domestic backing and international aid have been the body’s greatest sources of support against an unwelcoming political elite.

The CICIG is a highly symbolic initiative in both function and imagery that represents a hope for justice in the Northern Triangle (Guatemala, Honduras and El Salvador), which is one of the most violent and corrupt regions in the world now. Despite the CICIG’s relatively limited power, as it technically has no legal force without the support of local authorities, it has provided much needed support to prosecutors. The body assists with witness protection, inter-agency collaboration and implementing new, more efficient techniques like manners to better track cross-border transactions.

Ultimately, this organization raises questions regarding external intervention, specifically by North American and European nations. This has long been a contested issue in the region, specifically that of Guatemala. In this case, the independent judicial committee of CICIG has been one of the few successful initiatives in counteracting this deep seeded corruption. The success of this institution, as both an enforcer and promoter of domestic judicial reform, has led many to view this as an important presence in the region. Honduras even went as far as to set up a similar body in 2016.

Recently, there has been a global trend against external invention as nations attempt to rebuild themselves. However, in many cases, the sudden abandonment by these external forces has only exacerbated issues like that of corruption and made these areas increasingly inhospitable. As a result, there has been a a massive migration within the region that many nations have found themselves either unprepared or unwilling to confront. As the Morales’ presidency has demonstrated, without an external, independent body to hold the nation’s leaders accountable and facilitate judicial reform, this corruption will only continue to grow.