A “Trump deal” with Iran: At What Cost? 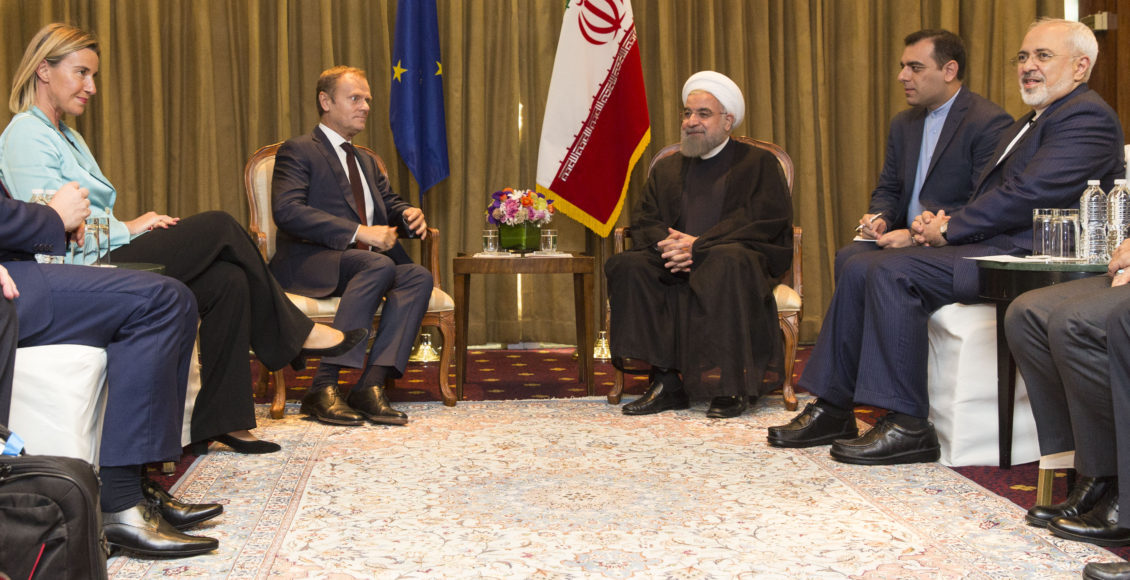 During his presidential campaign, Donald Trump repeatedly criticized the deals that previous administrations-especially Obama’s – had struck with other countries. He is supremely convinced of his ability as a negotiator and throughout his campaign, he promised the American people to make deals that benefit them, unlike how the previous deals had supposedly turned out. He was especially critical of free trade deals which, in his view, took American jobs away. “It used to be cars were made in Flint and you couldn’t drink the water in Mexico. Now cars are made in Mexico, and you can’t drink the water in Flint, but we are going to turn this around,” he claimed to the water-crisis stricken residents of Flint, Michigan. In order to “turn this around” he immediately broke off many pre-existing commitments of the US and has tried to replace them with better deals, Trump deals. A well-known example is the NAFTA renegotiation. The president threatened to end NAFTA if Canada and Mexico refused to renegotiate and started the negotiations with his trademark aggressive style. After much effort, he finally managed to get the United States Mexico Canada Agreement. Barring an unlikely refusal by the Canadian or US legislatures, it is true that he has managed to get a Trump deal. The question is: is it a better deal? NAFTA was due for a renewal anyways. While the US walked away with some advantages such as new regulations for auto manufacturing and opening up the Canadian market for American dairy, it is not a radically different treaty. It is more of a revision. In this instance, Mr. Trump managed to get a deal with his signature style. However, we have to consider that this was a deal negotiated with actors already willing to negotiate a revision, and while it can be considered a slight success it is doubtful that it can be considered to be a big win.

The problem is, Trump has been breaking former commitments elsewhere and has been trying to employ his trademark style in far more complex and volatile areas. Ever since his business days, Donald Trump has had an aggressive negotiation style, he has ambitious plans that sometimes work, but sometimes he overreaches and then tries to find a way out at the expense of people who had put their savings and trust in him. A recent example is his treatment of Iran. Trump made no secret of his desire to revise the nuclear treaty with Iran, which he believes was “the worst” he had ever seen. “We couldn’t have done worse,” he explained in his 2015 book. In addition, he asserts that as long as the current regime in Iran stays in power, Iran will always be an adversary and an existential threat to Israel, which Trump names as the single dependable ally in the region. After taking office he scrapped the deal Barack Obama tried so hard to get. So far, the president seems to be trying to implement the hard-line strategy that he had proposed during his campaign: maximum pressure and double or triple sanctions to press for a “better deal”, possibly to limit Iranian influence in places such as in Iraq, Syria, Lebanon, and Yemen. The problem is the fact that sovereign countries are not businesses and the Middle East is not North America. There are many factors that are involved and while the cadres of the State Department and the Pentagon might be taking them into account, the President and his current advisors seem to be underestimating the impact they might have. The Middle East is already an unstable region and the former Iran deal had brought some respite. Breaking a prior commitment is often risky. Doing so when the lack of one might cost lives is a foolhardy gamble. Trump seems to be betting too much on his negotiating ability and style. These days, he desperately needs something that can be marketed as a win, as the presidential election comes ever closer amid calls for his impeachment in the US Congress. If he is unable to conclude a favourable treaty elsewhere, perhaps with China, then he will need a deal with Iran much more than he lets on.

In order to get his deal, Trump has ramped up pressure on Iran both economically and militarily. The military pressure has especially increased after the standoff over the oil tankers and the attack on Saudi oil facilities, which the US and its local allies blame on Iran. The situation is tense and can easily spiral out of control. It could de-escalate and return to relative normalcy, with Iran still under sanctions and under the watchful eyes of the Israelis and the Saudis. There is also a chance that Trump, encouraged by his more hawkish advisors, could authorize limited strikes against Iran with the hopes of strong-arming Iran into a deal. It is almost impossible that this would cause the collapse of a regime which Trump sees as a grave security threat and doubtful that it would strong-arm Iran into a deal that is mostly on US terms. It could lead to a strong condemnation with no immediate military response or a limited retaliation, but in this part of the world, everything is connected. Local actions can have regional or even global consequences. If Iran decides to retaliate more seriously or if the US or its allies escalate the situation with heavier strikes, Iran has options. It can retaliate with conventional means, but this would limit its reach to the immediate vicinity. Iran also has the capacity to carry out asymmetrical warfare; it has ties to armed groups throughout the Middle East, which could greatly expand the areas it could target the US and its allies throughout the Middle East. It is hard to predict what such attack would lead to. Conversely, Trump might suddenly try to strike a similar deal to the previous one and disengage from the whole affair. However, what would Iran agree to? Would such a deal give Trump anything that he might be able to sell as a win? And would the regional US allies be satisfied with this new deal, or would they feel betrayed and/or continue a confrontational stance?

These are questions that would probably have been avoided had the US stuck to the deal struck during its former president’s tenure. In his book Trump claimed that “nobody likes to do business more than I do, but every deal I make will have one objective: America wins”. So far in his deals, we have rarely seen America win much and by breaking this deal, Trump has made another one of his gambles. He could still get the deal he wants, but at the moment, it seems like the US stands to gain little and the region stands to lose a lot should things take a turn for the worse.