A Woman’s Right to Choose: Changing Abortion Laws Across Europe 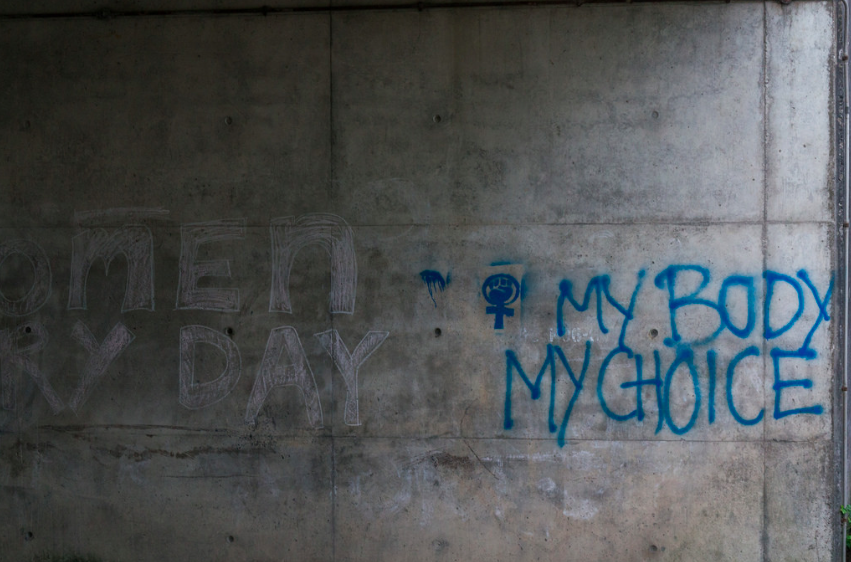 “I think I’m getting an abortion.”

Phrases that are followed with tangibly thickening silence and shifting discomfort. Awkward reassurances. Fierce comfort and encouragement and sometimes, blatant scorn, and guilt-inducing revulsion. A range of emotions as complicated and diverse as the opinions on this pivotally central issue of women’s rights and bodily autonomy. The clashing ideals of ‘Pro-Life’and ‘Pro-Choice continually struggle to gain ground around us. They frequently slither into our social media feeds and crop up in all manner of heated debates, from politicians in a government setting to friends at a bar, after the third drink of the night bursts open their reservations about delving into controversies.

It stands to reason, therefore, that different countries have different views and corresponding policies when dealing with abortion and the termination of unwanted pregnancies. Although some countries remain firmly on either side, some find themselves in a strange grey area that holds the possibility for the pendulum to swing in favour of either side. Although this issue is global, no continent offers a better microcosm in which to examine these grey areas than Europe. A comparably small continent, it is filled with a multitude of different cultures, perceptions, and mentalities that can also be paradoxically tied together thanks to common religious bonds and centuries of intermixed history. This article aims to dive into the topic of abortion by examining the state of abortion in three different European Nations: Ireland, Poland, and Italy. All of these countries fall on varying scales of the grey area and encapsulate some common views in the debate between prioritizing the existence of a developing zygote and a woman’s right to have control over her own body, choices, and future.

A tale of triumph and a chance for change: Ireland

Ireland has been known for, and depicted in the media, as a country with strong, pious Catholic beliefs. The Eighth Amendment in the Irish Constitution outlines that women are only allowed to have an abortion if their lives are at risk, excluding even cases of rape, incest or extreme fetal abnormality from an exception. On the 25th of May, the Republic of Ireland held a monumental referendum to “repeal the 8th” and change the stringent abortion laws which caused more than 4000 women a year to travel abroad (mainly to the UK) in order to obtain a safe medical procedure. These visits were often hurried and exhausting, done in secrecy from more conservative family members with little opportunity for a Monday off after a harrowing weekend.

For years, women’s rights groups and more liberal politicians in the Irish Parliament have lobbied for a change in the Republic’s absolute stance on abortion; these efforts paid off in a powerful landslide victory of 66.4% to 33.6%. Tears of joy, triumphant cries and celebration greeted the results across the republic but Ireland’s controversy surrounding abortion is far from over. The 33.6% of constituents who voted to keep things as they are, are decidedly unhappy and Prime Minister Varadkar acknowledged himself that some voted yes with “sorrowful acceptance and heavy hearts” rather than with pride. Although this was a significant catalyst for bodily autonomy and for a more holistic perception on abortion overall, deeply ingrained mentalities, especially those rooted in religion, take time and painstaking effort to change.

With the Republic of Ireland making decisive moves on abortion, the spotlight turns to Northern Ireland which will now be one of the few places in Europe to have such a restrictive view on abortion, allowing it only in incredibly specific and exceptional circumstances. Results from the Republic’s referendum has many hoping and many fearing that this can present a catalyst for change in Northern Ireland as well.  Speculation on how Northern Ireland’s government will handle the precedent shown by its Southern counterpart has grown among media and domestic politicians. Unfortunately, despite the Republics’ example, MP Ian Paisley Jr has made it very clear that Northern Ireland “won’t be bullied into abortion on demand” and so Ireland as a whole stands at a crossroads, angled towards a more liberal future but also rooted in place by the grip of traditional Catholic beliefs.

A tale of continued  struggle: Poland

Groundbreaking moments that spearhead political change on controversial issues often feel like one step forward, two steps back. While Ireland took a tentative step forward, earlier this year a fellow Catholic nation took two steps back. Thousands of people across major Polish cities currently march and protest against a proposed bill on abortion that prohibits the practice except, again, in instances where the mothers’ life is threatened and in instances of violence. This is a moderated, somewhat softer version of the Parliament’s 2016 proposed legislation, which submitted a blanket ban on all abortions, period. After the initial shock of such a hard ban, the government retracted the proposal and returned with this proposition which, seems almost tame in comparison.

As the fight for freer, fairer access to abortion and reproductive health as a whole continues in Poland,the likelihood of women who match the criteria for an abortion experiencing ingrained institutional difficulties  to getting one, is staggeringly high. Instances of guilt-tripping nurses required proof of sexual assault, and doctors dismissing health controls are the sociological effects emerging from the controversy surrounding abortion, making  legislative change harder.

A tale of warring principles : Italy

Finally, when discussing sociological consequences and reactions, it’s important to look at the state of abortion in Italy. Despite its close connection and linkages to the Vatican, the centre of Catholicism, abortion is largely legal in Italy. However, judging by the many accounts given by women across the country on the matter, ‘despite’ might be too loose of a term. Italy is a very good example of legality and practical reality not always translating to the same thing. Although abortion has been legal in Italy since 1978, the morning after pill only became legal recently as of 2009, with blistering condemnation surrounding the move. What’s more, doctors are allowed to conscientiously object to carrying out an abortion and a recent poll found that close to 70% of trained medical professionals in the country drew on this right. This leads to crowded waitlists across country and the burdening realization for many that, the longer they wait, the more the fetus in their stomach starts to take on elements of life and become closer to the rhetoric and beliefs the Catholic Church draws upon to bolster its pro life stance.

To conclude, abortion continues to be a topic that inspires a mix of political and sociological reactions across the small yet diverse continent of Europe. A conflicting mix of values and morals hang over the issue, creating grey areas and controversy across various European countries, primarily Catholic ones. This can lead to triumphs and setbacks for either side of the issue or an odd period of stagnation, where pro-choice has won in principle but pro-life resides in practice.