A Women’s Revolution in Sudan 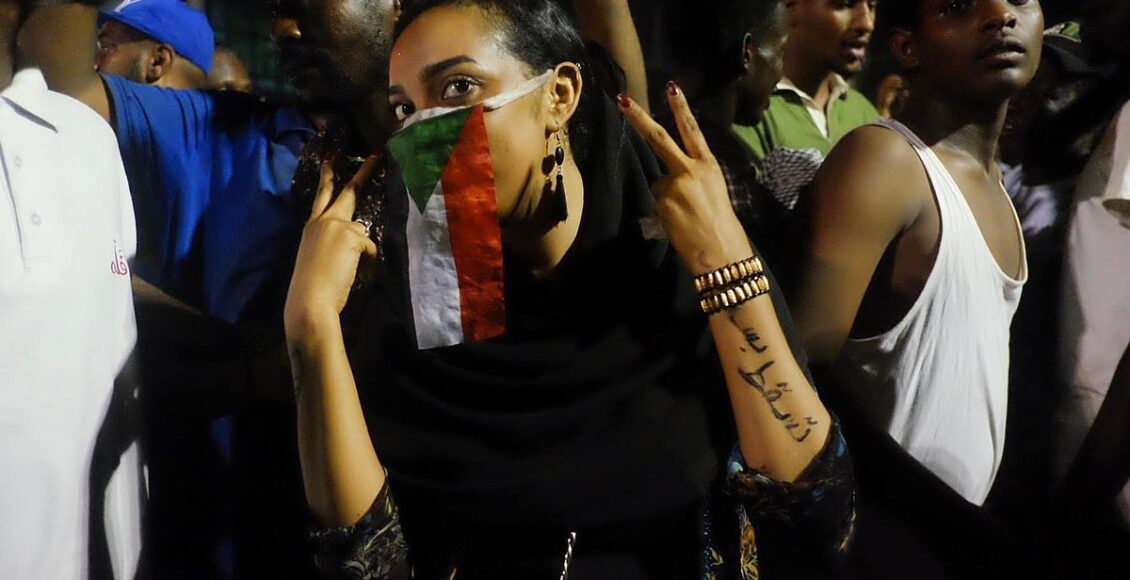 “Break the girls, because if you break the girls, you break the men.” This was the message from Sudanese dictator Omar al-Bashir’s government to its officers on the ground at the outset of the country’s 2018 protests against the al-Bashir regime. While a dictatorship has governed Sudan for the last thirty years, 2019 marked the end of al-Bashir’s brutal regime, along with the slow change towards improving the socially and politically sanctioned abuse of women’s rights. However, this landmark feat came to a crashing halt in late 2021 when a military coup took power away from the transitional council put in place to govern the country towards a civilian-led democratic government. Both the 2019 and 2021 revolutions were unprecedented in the foundational role Sudanese women played as drivers of the revolution, protesting against decades of corruption, socioeconomic grievances, and gendered violence in the hopes of changing the status quo.

The first revolution in 2018 occurred largely in response to the thousands of human rights abuses by the government against the Sudanese people, including ethnic cleansing, the use of child soldiers, and the bombing of civilians, among many others. Former President al-Bashir’s involvement in such abuses is currently being reviewed by the International Criminal Court for the crimes he committed against his own people – especially against Sudanese women. Al-Bashir and his dictatorial regime specifically targeted women through public order laws: dress codes, hair coverings, the prohibition of contact with male non-family-member individuals, and other such restrictions. Sudan has long followed Sharia law which the regime has wielded in a way to restrict women, much like the Taliban’s use of Sharia in Afghanistan. The imposition of these legalized restrictions as well as the highest rates of both female genital mutilation and child marriage on the continent were all factors that led to women making up 70 per cent of protestors in the initial revolution to take down the regime.

However, during al-Bashir’s rule, the rising women-led protests were met with violent government crackdowns, from humiliation and burning belongings, to beatings and various forms of sexual violence conducted by the pro-dictatorial military. Despite this, the hope for gender equality and better living conditions led Sudanese women to continue to fight for their country. They participated in the revolution in a multitude of ways: protesting in the streets, making posters, and bringing food and water to protesters. Through this, women became the foundation of the protests, resulting in the Nubian queen becoming the symbol of the revolution which finally saw the overthrow of the dictatorship in 2019. Women are often the hidden face in revolutions, yet in Sudan, they became the most visible through the sheer size and breadth of their involvement, driven by a desire to push back against the decades of gender-based violence that had increased at the hands of al-Bashir. 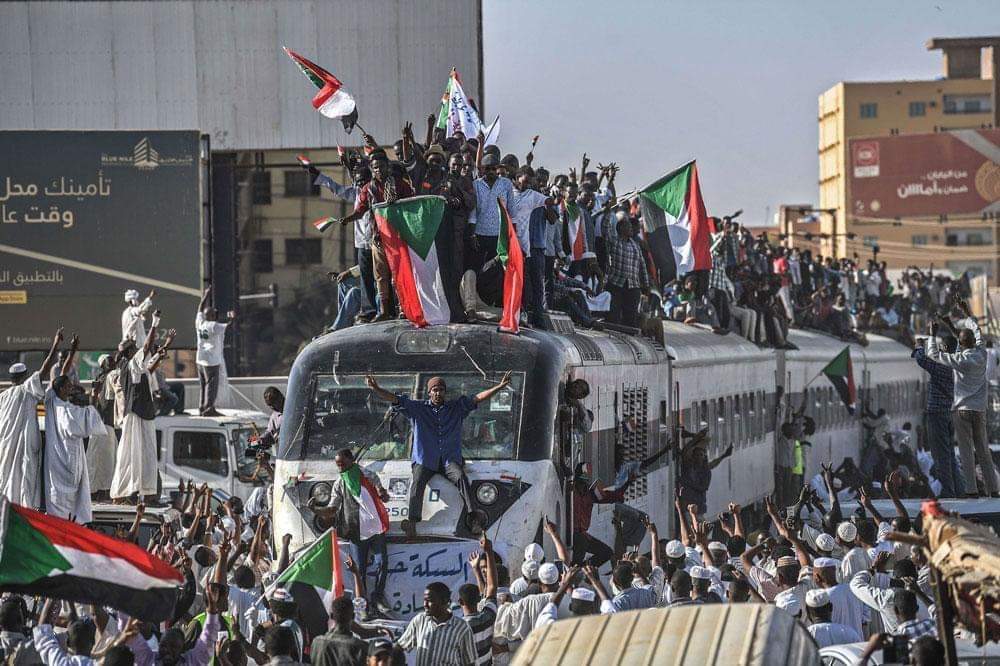 On October 25th, 2021, amid Sudan’s democratic transfer of power to civilians, another military coup overthrew the Sudanese government. The military has recently announced that they will lead the country until the 2023 elections. However, civilians fear this is solely a tactic to remain in power or to place a puppet prime minister at the head of the government while true power would rest with the military. A state of emergency was declared as the transitional government was dissolved and the military took over, derailing the transition to a democratic, civilian-led government that would have begun in 2022.

The second military coup has led to a recent rise in protests, though they have, once again, been met with violent military opposition. “The coup in Sudan is unlikely to pass off smoothly,” said Murithi Mutiga, the project director for the Horn of Africa at the International Crisis Group. “Memories of the corruption, repression and general misrule in the al-Bashir years are too fresh in the minds of many Sudanese for them to accede without resistance to a return to the old order.” The increasing strength of the protests in Sudan shows that the recent coup is not supported by Sudanese people who refuse to return to al-Bashir-era life.

However, the biggest question is how this military coup will affect the lives of women. Once again, women have been placed in a delicate position: their existence as citizens of Sudan intersects with their gendered identities, thus making them vulnerable to both political repression and gendered violence. 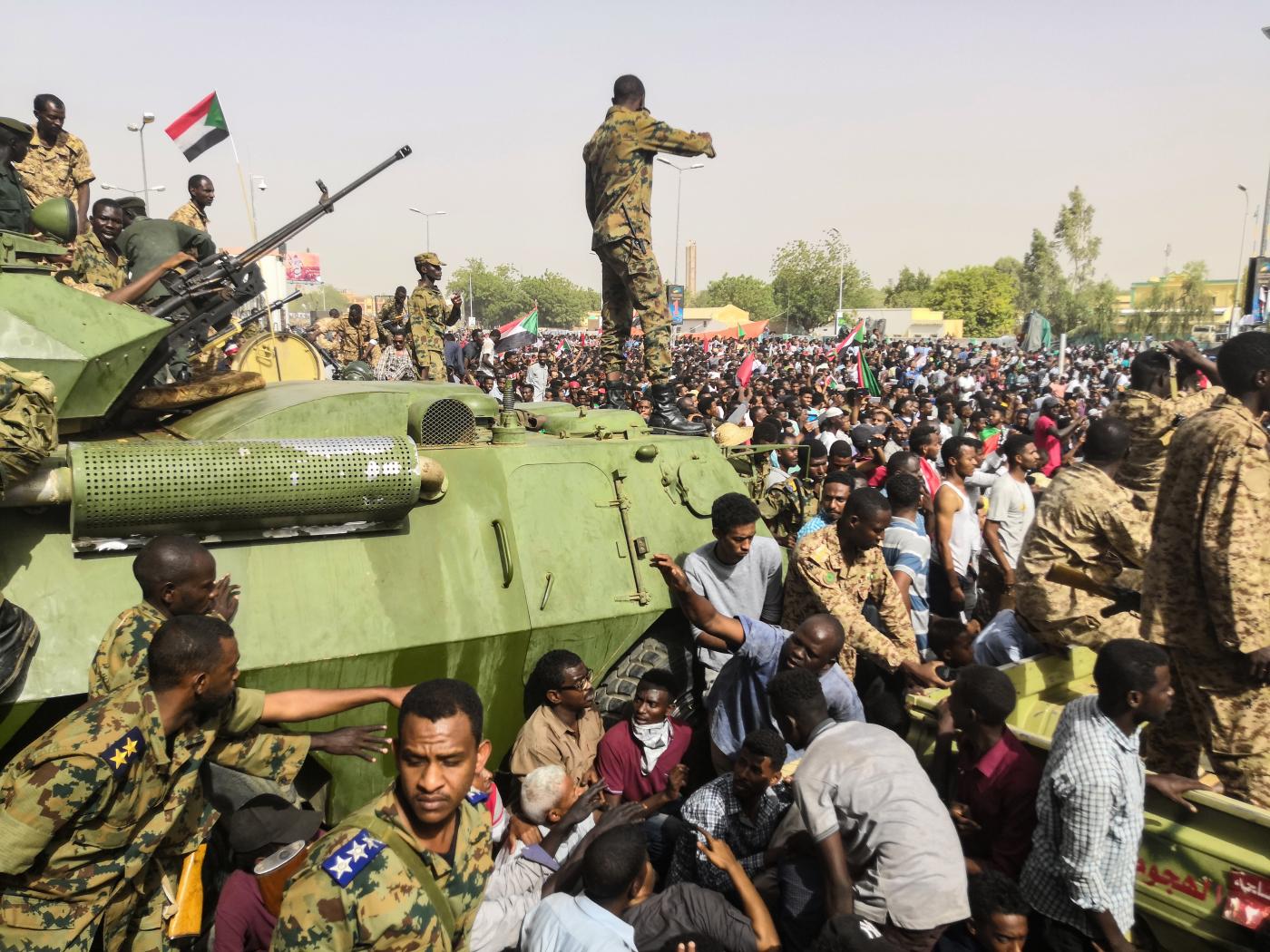 One of the biggest risks facing women is the still-upheld National Security Act of 2010, which affords national security officers extrajudicial power and allows them to prevent prosecution against their officers in certain cases. For women, this results in the officers’ protection from rape which is often used as a weapon to silence and stop women’s activism due to the humiliation felt by women and the perceived shame felt by their families. Furthermore, the military has prevented the media from reporting on both the revolution and especially on sexual threats and assaults, which has led to under-reporting. However, the hundreds of testimonies from affected women and girls to NGOs and international journalists on the ground demonstrate this being a huge issue. In addition, arbitrary detention and torture have become normalized against women, which is not aided by the social stigma against women’s involvement in the political sphere surrounding women’s activism in Sudan.

“Generally in Sudan, the government is targeting women more than men,” Fatima, a women’s rights activist in Khartoum, stated.  Many fear the threat of a return to the al-Bashir era, with the loss of women’s rights and a return to a repressive interpretation and implementation of Sharia law. However, despite violent military pushbacks, women are again present at the protests. This time, women have brought their children with them to the front lines displaying the unity of the community. “The military [wishes] they were dealing with a few political parties and elites, and not this large network of people all over the country,” said Muzan Alneel, a nonresident fellow at the Tahrir Institute for Middle East Policy in Washington.

The role of women is not underestimated this time, with resistance committees being largely led by young people and women who are protesting the former traditional leadership. “The protests have given a lot of credibility to women,” says Sarah Khalifa, an activist in the war. Despite still facing discrimination from men within their own ranks, activist Sarah Mouawia stated, “nothing the men will do will stop me from marching to the Palace,” reflecting many women’s opinion in Sudan.

While this revolution is still underway with very little data about women in this crisis, it is clear they will not stand down. The decades-long oppression and gender-based violence that Sudanese women endured will not be tolerated. Considering the immense role they played during the last revolution in enacting political change, it is clear that women will once again play an important role in changing the status quo in Sudan for the better.