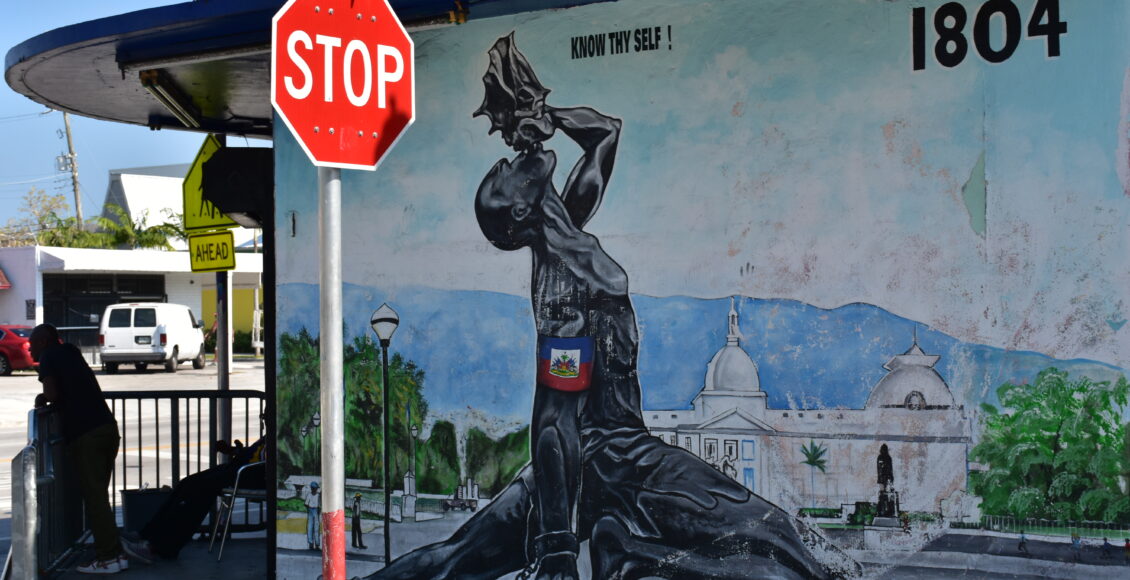 Aba diktati, or down with the dictatorship, is a rallying cry for the thousands of people who continue to take to the streets of Port-au-Prince every weekend, demanding the resignation of current Haitian President Jovenel Moïse. Protests have intensified in recent weeks due to a constitutional dispute between the Moïse government and opposition groups over the end of Moïse’s term. While opposition groups argue his term ended last month, Moise rejects those claims, pledging to step down in 2022 when he claims his term ends. Prominent opposition leaders are calling for Joseph Mecene Jean-Louis, a former Supreme Court judge, to serve as interim president until new elections are held. While the constitutional dispute can explain the recent wave of anti-Moïse protests, the demonstrations are connected to longstanding frustrations against the government due to persistent corruption and the high cost of living in Haiti.

Current protests began in response to the opposition’s claims that Moïse’s term ended on February 7, 2021, but public discontent and insecurity have become commonplace in Haiti in recent months. Protests date back to July 2018, when Petrocaribe, a program through which Venezuela provided Haiti with subsidized oil, collapsed due to declining oil production in Venezuela. As a result, the Moïse government announced it would stop subsidizing gas for citizens. In response to public outcry, however, this decision was later reversed, with the government continuing to provide subsidies while buying oil at steep prices on the open market. This arrangement proved untenable, as in August 2019, private gas suppliers stopped deliveries in Haiti due to unpaid bills from the government, causing a fuel shortage that sparked renewed anti-government protests.

The 2019 protests in Haiti were also triggered by an investigation by the Haitian senate reporting evidence of widespread corruption in the use of money from the Petrocaribe deal. Documents from the investigation show that up to $2 billion from Petrocaribe were embezzled by government officials rather than put towards infrastructure and healthcare projects as promised by the government. Protestors took to the streets of major cities, calling for the resignation of politicians implicated in the investigation, including Moïse. The unrest caused by the size of the protests prompted Moïse to dissolve parliament in January 2020 without calling for new elections. Moïse claimed that public turmoil and political gridlock were responsible for the failure of the country to hold legislative elections that were scheduled in October 2019.

While anti-government protests waned in early 2020 due to COVID-19, recent disagreements about the end of Moïse’s term have reignited calls for his resignation. Moïse was initially voted into office during 2015 elections that were later cancelled by Haiti’s electoral council due to claims of fraud. After Moïse once again emerged victorious in another vote held in November 2016, he officially took office in February 2017. The dispute is over whether Moïse’s term began in 2016, when he was elected, or in 2017, when he took office. While Moïse’s position that his term started in 2017 is backed by the United States, the UN, and the Organization of American States, opposition groups cite a constitutional provision that starts the clock once a president is elected rather than when they take office. The Haitian Bar Federation and the Superior Court are among several civil society groups that are urging Moïse to leave office, believing his mandate to be over.

Regardless of when Moïse’s term ends, legislative elections are long overdue in Haiti, as Moïse’s dissolution of parliament in early 2020 has left legislative and municipal positions vacant across the country for over a year. Since then, Moïse has effectively been ruling by decree. In the context of unchecked power, Moïse has enacted several laws undermining democracy in the country, including the creation of a national intelligence agency with broad, undefined extrajudicial powers. Moïse has also changed the penal code to increase sentences for crimes related to protesting, infringing on Haitians’ civic and political rights. These moves have raised the stakes for opposition groups to remove Moïse from power for fears that Haiti’s already weakened democracy will devolve further into an autocratic state.

Beyond Moïse himself, protestors are also frustrated about lavi chè, a Haitian Creole term referring to the high cost of living in Haiti. As a result of high inflation due to the devaluation of the Haitian Gourde throughout 2019, the cost of basic goods such as rice, beans, and cooking oil nearly doubled, fuelling the discontent that sparked the Petrocaribe protests. Haitians have also expressed anger about the widespread lawlessness and violence on the island. In 2020, the UN reported 944 intentional homicides in Haiti, with at least 159 people killed due to gang violence. The alleged involvement of politicians in this violence has contributed to Haiti’s climate of insecurity. In 2019, Haiti’s National Police were allegedly involved in gang-related violence during which three people were killed, and 30 houses were burned down in the Bel-Air neighbourhood of Port-au-Prince, where people were protesting rising fuel prices. Despite an investigation from the United Nations detailing the National Police’s complicity, no one implicated has faced criminal charges.

These enduring issues of impunity and high levels of poverty highlight the pitfalls of the US-led initiative to democratize Haiti. After a 1991 military coup overthrew President Jean-Bertrand Aristide, the US decided to intervene by sending military personnel through Operation Uphold Democracy. While the Operation was successful in removing the military junta and restoring President Aristide to power, democracy in Haiti remains weak.

As a consequence of international intervention, the governments in Haiti have become dependent on the international community for both its funding and its claim for legitimacy. American support for Aristide’s return was contingent on Haiti signing agreements to the International Monetary Fund and World Bank. As a result of the privatization stipulated in these agreements, the cost of basic goods has risen significantly in recent years, while wages have remained stagnant. The recent currency devaluations have become even more devastating, as the country has taken on neoliberal reforms, with its outsized imports causing Haiti to accrue high levels of debt to private companies and international financial organizations.

The international community has also been key in legitimizing corrupt regimes by glossing over the humanitarian implications of Haiti’s weakened democratic institutions. While statements from the United Nations and the Organization of American States focus on the ongoing constitutional dispute between politicians, issues of violence, impunity, and widespread poverty have been overlooked so as to not further destabilize the Moïse regime. Further compounding the issue, humanitarian aid provided by foreign governments and international organizations in response to natural disasters has been squandered by the government. For example, less than three per cent of funds given to Haiti by USAID in the wake of the 2010 earthquake actually went towards Haitian organizations and firms responsible for the country’s recovery.

As protests mount in Haiti, the country finds itself at a crossroads regarding the future of the country’s democratic institutions. Protestors are not only frustrated with the Moïse government, but also with the failures of the neoliberal democratic experiment in Haiti. Although democracy was once hailed by Western countries and institutions as the answer for Haiti’s long-term issues of corruption and poverty, it has become abundantly clear that a grassroots, domestic solution is necessary to solve the ongoing political and humanitarian crisis in the country.

Featured image: “Mural – Haitian Blowing Freedom Horn – Know Thy Self” by Amaury Laporte is licensed under CC BY 2.0