Adnan Tanrıverdi and the Ascent of Turkey’s Hardliners 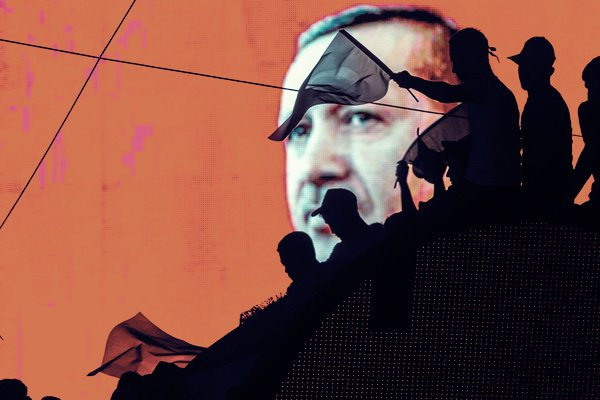 In August 2016, as branches of the Turkish government faced significant restructuring following July’s botched putsch, President Recep Tayyip Erdoğan picked retired Brigadier General Adnan Tanrıverdi as his top security advisor. Tanrıverdi, the owner of SADAT International Defense Consultancy, has a checkered past. After his dismissal from the military following the coup of 1997, Tanrıverdi established SADAT, a firm that offers “irregular warfare training” and other services, including “intelligence, psychological warfare, sabotage, raiding, ambushing and assassination,” in addition to broader political-military consulting. In recent months, SADAT activity has come under scrutiny due to alleged material and strategic support for ISIL militants.

Although little information about SADAT and Tanrıverdi is accessible online (especially in English), Tanrıverdi’s appointment as counsel to Erdogan is ominous. Tanrıverdi has displayed a penchant for inflammatory rhetoric, as evidenced by a January 2009 opinion piece he authored titled “İsrail Savunma Savaşına Zorlanmalıdır.” As a top adviser to the president, Tanrıverdi could become a polarizing force in Turkish politics and disrupt Turkey’s fragile yet thawing relationship with the state of Israel. In July of 2016, Israel and Turkey reached an agreement to normalize relations, years following the Israeli raid that killed Turkish nationals aboard the Freedom Flotilla. Although the incident escalated relations between Turkey and Israel, both states sought reconciliation for political and economic reasons. Indeed, Turkey and Israel have since reached compromise on other, less-contentious fronts, such as energy relations.

Given the recent dawning of a potential detente with Israel, Tanrıverdi’s appointment in 2016 provoked concern among Western audiences. As shown in “İsrail Savunma Savaşına Zorlanmalıdır”, Tanrıverdi’s abrasive, anti-semitic discourse is unlikely to be constructive. Tanrıverdi advocates for the complete revision of Turkey’s relations with Israel. He expresses outrage at Israel’s regional dominance and its treatment of the Palestinian people. Tanrıverdi would like Turkey to assume a more assertive stance against Israel on behalf of the Palestinian people and the wider Muslim world, urging that Turkey’s commitment to the Palestinian cause be cemented in the form of military, material, and symbolic support. The “Turkish-Israeli Defense Industry Cooperation Agreement” would accordingly be renounced. Additionally, Turkish warships would be stationed in the Port of Gaza and resistance organizations in Gaza receive official Turkish support. Other diatribes by Tanrıverdi in 2014 and 2016 reveal a similar hardline logic that is directed against long-standing Western allies.

Tanrıverdi sees the world as divided between two, opposing camps: on the one hand, the Muslim world; on the other, Israel and its “Western supporters”. His writings suggest a figure who is paranoid and disconnected from the contemporary international political environment. Cooperation between the Israeli and Turkish defense industries are critical confidence-building mechanisms, benefitting both states despite their starkly different ideologies. However, recent developments in the region suggest that Erdogan seeks to create a neo-Ottoman sphere of influence with himself at the helm. Perhaps Tanrıverdi has been chosen to play a key role in bringing about this transition. The former brigadier-general appears to be intent on deepening Turkish influence amongst states and organizations that display ideological, religious or ethnic affinity with Turkey. Tanrıverdi’s appears to believe that a strong Turkish leader could emulate the regional exploits of Gamal Abdel-Nasser, the anti-colonial Egyptian leader.

However, such lofty aspirations might yet throw Turkey’s existing strategic relationships into question. Conflict with Israel over the question of Palestine would be especially likely to estrange the Turkish leadership from the United States. It is not clear that Tanrıverdi places great importance on Turkey’s long-standing relationships with Washington and Brussels. While Tanrıverdi’s influence may prove instrumental in broadening Turkish influence in the greater Middle East, Western leaders should be way. Support for one of the region’s more contentious actors could well jeopardize Turkey’s traditional relationships with critical allies.