Afghanistan: The Rise of Yet Another ISIS Front 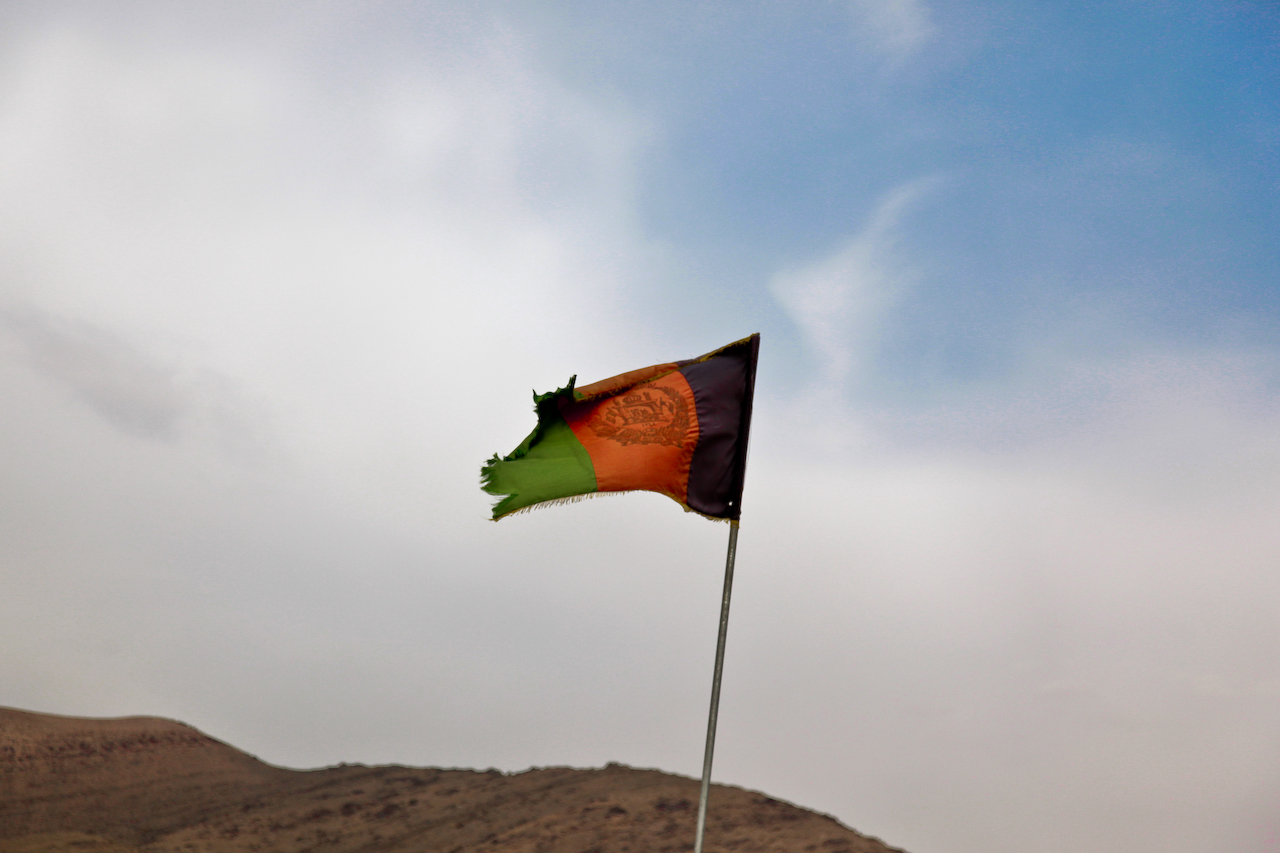 With the withdrawal of most coalition troops after 16 years of Operation Enduring Freedom, Afghanistan has emerged as another important front for the Islamic State, operating under the branch known as Islamic State – Khorasan Province (ISKP) along the Afghan-Pakistan border. Ambitions of driving out the Taliban and subsequent promises of nation-building have largely failed, as many key districts of Afghanistan are currently under Taliban control and the central government remains weak and ineffective. With most of ISIS having been expelled from its original stronghold in Iraq and Syria, the group has sought to expand in areas affected by war and lacking effective central governance. ISKP’s presence in Afghanistan threatens peace negotiations between the government and the Taliban, as their strategy remains to divide and rule Afghan society. While the prospect of ISIS establishing a lasting foothold in Afghanistan is unlikely, growing concerns around the group’s presence include questions of domestic political stability and regional security.

Despite continued airstrikes by the United States, along with fervent Taliban and government opposition, ISIS in Afghanistan continues to attack both civilian and military targets throughout the country. In July 2016, ISKP claimed responsibility for a bloody suicide bombing on a peaceful demonstration in Kabul, killing over 80 and demonstrating the group’s capacity to carry out large-scale attacks. On January 24th ISKP raided a Save the Children office in Jalalabad, resulting in several deaths. Additionally, ISIS cells have been reported operating within Kabul; the group claimed responsibility for nearly 20 attacks in the past 18 months in the capital city alone. Though 2014 looked positive for Afghanistan’s future because of developments like the large withdrawals of Coalition forces, negotiations between the Taliban and Pakistan, and the country’s first democratic transfer of power, Afghanistan has seen far more violence and instability since 2014.

While it is difficult to pinpoint exactly when ISIS first emerged in Afghanistan, some note that ISIS began to reach into the country around 2014, a pivotal year for the Caliphate’s expansion. The ISKP affiliate was initially composed of disaffected Taliban members who sought to rebrand themselves as soldiers of a powerful, global terror brand. Much of this disillusionment among former Taliban members stemmed from peace negotiations held with the Afghan government, which if successful, would have likely resulted in significant losses of territory for the Taliban. A number of key local factors also contributed to ISIS’s newfound foothold, perhaps the most important being the lack of centralized control exercise by the Afghan government in the country’s remote mountainous and desert regions. Local frustrations have further contributed to radicalization, including reasons for resentment towards Kabul and the West, coupled with issues of poverty and lack of basic services. ISKP remains most active in the eastern province of Nangarhar, owing to its isolated, mountainous terrain where insurgents can hide and gain support from local Salafi communities. Luckily, the group’s base seems contained there.

A society structured along ethnic and tribal lines, Afghanistan has traditionally been very hostile towards foreign powers and influences. Winning the “hearts and minds” of Afghani locals constitutes a feat that even the Afghan central government has failed to accomplish, not to mention attempts made by the Soviets in the 1980s or Coalition forces since 2001. Part of the Taliban’s success in Afghanistan, which was 90 percent controlled by the group at one point, was largely due to its ability to resonate with the local population due to a shared ethnicity and language, in addition to broader nationalistic appeal. On the other hand, perceived as a foreign power with no localized roots, ISKP struggles to make inroads with an already war-weary Afghan population. Ideologically, ISKP follows a strict Salafist creed that is antithetical to more mystic, Sufi-influenced Afghani religious practices. This religious difference once again places the group in stark contrast with local realities. Competing with a force with a considerable degree of domestic legitimacy, ISKP, as Vanda Felbab-Brown contends, critically lacks the Taliban’s image as a “pan-Afghan, national, potent, long-established insurgency.”

Aside from local support, ISKP’s ambitions in Afghanistan cannot be sustained without a regional support or financial base. The Taliban is aided by a porous border with Pakistan that allows for the smuggling of arms and fighters. The group is also helped by its leadership structure concentrated in Pakistan’s northwestern tribal areas. ISKP is inherently unable to garner the same support among locals and even more unlikely to do so across the border in Pakistan. As securing financial support is absolutely critical for maintaining an insurgency and attempting to state-build, ISKP will only expand its reach in Afghanistan if it successfully taps into key local industries, either the opium trade or cross-border timber smuggling. This strategy worked in Syria and Iraq, where key sources of revenue were extracted from captured oil fields. With a virtual Taliban monopoly on opium and heavy Taliban control over timber smuggling, extortion of local tribal elders will not be enough to sustain a long-term ISKP presence.

However, it is important to not underestimate the potency of ISIS’s reach within Afghanistan. Though unlikely to establish a caliphate, ISIS does pose a threat to hopes of lasting peace in Afghanistan. ISKP has demonstrated its notorious ability to conduct brutal attacks on “soft” (i.e. civilian) targets —a tactic that the Taliban has tried to avoid— and to disrupt extremely fortified areas of major cities with deadly suicide attacks. Though the Taliban can use these tactics to their advantage by portraying themselves as a tolerable alternative to ISKP, continued attacks under the banner of the Islamic State serve to destabilize and provoke additional violence. A comprehensive peace agreement will not be signed with continued Taliban-ISKP violence, as both groups will simply escalate attacks and continue to arm themselves in attempts to outdo each other. A settlement would additionally frame the Taliban as sellouts to the Afghan government, giving ISKP greater credibility to engage in anti-government attacks and expand its reach. The Taliban simply cannot afford to lose its appeal and influence to an outside ideological alternative.

Regionally, it is important to look at ISIS’s ambitions of spreading east into Pakistan and north into Central Asia, a key buffer zone for countries such as Russia and China. While ISIS’s prospects in Afghanistan are limited by a variety of domestic structural and ideological factors, the group remains bent on establishing cells and spreading into Central Asian republics providing a fresh recruitment pool of young Muslims. Continued insurgent violence in Afghanistan threatens to spill over into neighbouring countries, where ISIS could open new fronts in its global jihad. It has aligned with sympathetic Salafist groups such as the Islamic Movement of Uzbekistan (IMU), which publicly swore allegiance to the Caliphate in 2015. Within the region, ISIS’s expansion could give rise to new insurgencies and potential refugee crises, and it would likely prompt regional powers like Russia and China to intervene. ISIS also threatens to establish a significant foothold in Pakistan, exploiting the porous border and mountainous terrain to establish safe havens. Denying opportunities to advance deeper into Pakistan will require key cooperation and coordination efforts on both sides.

The future of ISIS in Afghanistan is likely to be short-lived, owing to continued U.S. airstrikes and fervent Taliban opposition. Though ISKP will try to take advantage of the deep-seated political, ethnic, and tribal divisions in Afghanistan, the group will be severely limited by the short-term cross-ethnic alliances that are likely to develop as they have historically. Furthermore, ISKP risks alienating the population whose support any successful insurgency critically needs. It is essential, also, that Pakistan take concrete measures to deny ISIS sanctuary on its side of the border and show its willingness to cooperate with Afghanistan. The most effective course of action, however, is to strengthen the fragmented Afghan National Unity government and the ill-equipped and poorly-trained Afghan National Security Forces (ANSF). However, confidence in the Afghan government, despite democratic elections having been held in 2014, remains dangerously low. A united and effective National Unity government will build greater public confidence in the country’s leadership, helping address some of the grievances that ISIS so successfully exploits.