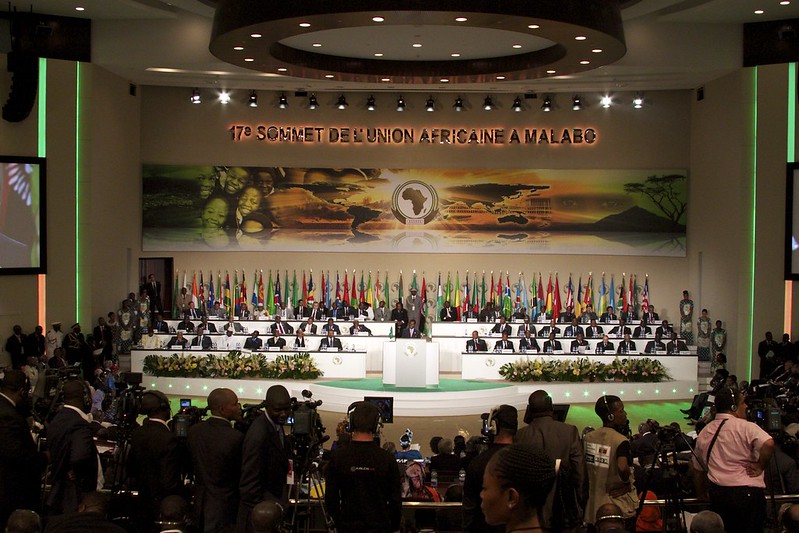 A bane of Canadian foreign policy has been its tendency to shy away from meaningful engagements in Africa, but its potential support for the newly launched AfCFTA is a unique entry point for strategic engagement with the continent. In particular, the Canadian government could seek to play an instrumental role in the implementation of the African Continental Free Trade Area (AfCFTA) and help foster inclusive trade through its Feminist International Assistance Policy (FIAP).

What is the AfCFTA?

The AfCFTA is a redemptive opportunity for the African Union (AU). In the past, the organization has struggled with implementing flagship initiatives, such as the open skies Yamoussoukro agreement of 1999 or the more recent “silencing the guns.” However, the speed of signing and ratification of the AfCFTA could mark positive changes for AU processes. As of January 1st, 2021, African states can begin to trade under the AfCFTA.

The overarching goal of the AfCFTA is to unify Africa on an economic front. To date, intra-Africa trade is estimated to be at “16.6 per cent, compared to 68.1 per cent and 59.4 per cent” for intra-EU and intra-North American trade, respectively. However, a report from the United Nations Economic Commission for Africa (UNECA) shows that a 90 per cent intra-African tariff reduction could result in a minimum increase of 40 per cent in intra-African trade by 2036. The continent-wide trade agreement will cover a market of 1.2 billion people with a combined GDP of $3.4 trillion, making it the largest free trade zone in the world. According to the World Bank, the AfCFTA is expected to yield $76 billion to the rest of the global economy by 2035, which should incentivize non-African governments, such as Canada, to engage with the continent based on shared interests.

In order for the AfCFTA to realize its full potential, ensuring gender-sensitive trade policy will be vital. David Luke, head of the African Trade Policy Center notes, “African women are a powerful force for development, whose strength and leadership remain critical to the ultimate success of the AfCFTA.” Furthermore, Vera Songwe, an executive at UNECA, reiterated how gender mainstreaming of the AfCFTA provides the avenue for economic empowerment of women. As articulated by the AU Chairperson, South African President Cyril Ramaphosa, “we should consider an AU Protocol on Women in Trade to give effect to our intentions.”

The socio-economic structural transformation will not be possible without the inclusion of women – and the success remains threatened until the issue is directly addressed. For instance, in the Southern African Development Community (SADC), informal cross-border trade accounts for 30 to 40 per cent of total revenues — with 70 per cent of traders being women. Canada’s newly recognized Feminist Policy can seek to address this gap in trade policy and its structural elements that lead to the lack of women’s empowerment. This would also align with Canada’s global gender mainstreaming interests, as well as the continent’s objective of socio-economic transformation. Canada has an opportunity to revamp its foreign policy in Africa which has appeared incoherent and has resonated little with African policymakers in the past. Supporting the implementation phase of the AfCFTA through FIAP is a unique opportunity for re-engagement efforts.

The Canadian government has signalled its willingness to support gender-based initiatives through FIAP, which launched in 2017. This feminist policy was designed following consultations with 65 countries, thereby providing Canada with the basis to speak decisively on issues pertaining to gender equality. The AfCFTA therefore serves as an opportune entry point for Canada to build on relations with Africa. It can reinvent its foreign policy strategy by bringing itself closer to African policymakers and partnering on issues most pertinent to the continent. Specifically, the Canadian government can mobilize resources toward the deliberative process of drafting the AU Protocol on Women in Trade.

Traditionally, Canadian foreign policy in Africa has been event-driven with little semblance of real commitment. The Canadian government has focused on cultivating a public and media perception of a concerned actor by its participation in high-level meetings and engagements. For instance, during its 2020 campaign for a UN Security Council seat, Prime Minister Justin Trudeau visited the African Union’s annual summit to solicit votes from the African bloc. However, African policymakers were not swayed by window-dressing tactics. Support did not materialize, resulting in an embarrassing failed campaign for the Canadian government. African policymakers evidently see through Canada’s lack of substantive engagements on the continent. This haphazard approach has received many names, from “feel-good policy” to “consistent inconsistency.”

In comparison to similar countries, Canada’s inadequate foreign policy in this area has profound consequences on its international reputation. Canada’s official development assistance/gross national income (ODA/GNI) ratio stands at 0.277 per cent as of 2019. Its resource contributions are very different from similarly profiled countries, such as Norway and the United Kingdom with an ODA/GNI ratio, of 1 per cent and 0.7 per cent, respectively. An Economic Community of West African States (ECOWAS) official has articulated flaws in Canadian foreign policy, pointing to the notion that “Canada desires to be seen as doing something but its funding is inadequate.” Furthermore, while Canada prides itself in Peacekeeping, it has contributed a mere 35 personnel to five UN peace operations, compared to Ireland and Norway’s 65 and 747, respectively. This reveals a disjuncture between Canada’s rhetoric and actual commitment.

Whilst the AfCFTA is not a silver bullet, it presents a unique opportunity for economic transformation on the continent. To ensure the success of this trading regime, the agreement will need to be underpinned by inclusive trade. Canada’s informed position based on the FIAP can be leveraged, and allow Canada to present itself as a more engaged partner on the continent.

Instead of seeking its own agenda on the continent, partnering with ongoing key initiatives should be a focal point of Canada’s realignment strategy. In positioning itself with the gender mainstreaming priorities of the AfCFTA, Canada can raise its own profile on the continent.  The AfCFTA presents a clear opportunity for Ottawa to constructively engage with Africa and reconstruct its international reputation as a country that follows through on its dedication to equality.

In essence, Canada’s engagement in the AfCFTA’s gender initiative is a special opportunity for collaboration with the continent. As Canada seeks to maintain relevance on the global stage, it requires an entrepreneurial approach to partnering with African counterparts on strategic issues.

The featured image by the Embassy of Equatorial Guinea is licensed under CC BY-ND 2.0. No changes have been made.