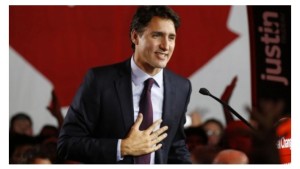 While everyone was busy congratulating Justin Trudeau and the Liberals on their election win (or licking their wounds) the Canadian Human Rights Commission was busy at work putting forward a list of recommendations for the new Parliament and Prime Minister to follow.

The list includes notable issues such as accelerating the process for bringing refugees to Canada, convening a national inquiry into missing and murdered Indigenous women and girls, and stopping the overuse of solitary confinement in Canada’s prisons. For the full list, see here.

Canada’s human rights record during the Harper years has indeed taken a hit. A combination of tough on crime policies, botched management of relations with the Aboriginal community, and fear-laden politics has made Canada somewhat of a pariah on the international human rights scene. Canada would do well to adopt many, if not all, of the recommendations listed. This is especially true of those relatively simple ones like amending the Human Rights Act to protect transgender people from discrimination. But it is important to recognize that some of these points could indeed be debated on their merits, and to some degree were by the previous administration and their supporters. Thus, there is a slight tension in that while supporting human rights is indeed extremely important, there is also a danger in assuming the absolutism of human rights.

For example, is it really a human right that a government has to provide you an education as article 26 of the UDHR states? Many in libertarian camps or “small c” conservatives stressing an organic conception of society would argue it is not. This isn’t to say that this view is incompatible with the commission’s recommendation to provide equitable funding for schools on Aboriginal reserves. I would argue that if the government is to provide an education to some it must be equitable in its provision across all ethnic groups and segments of society and indeed there is a human rights issue here that must be addressed. However, in some ways, if people aren’t given justifications for supporting these human rights and instead are simply told to accept them as absolute in their own right, the result is only to weaken our society’s overall commitment to these ideas as the detractors with considered positions are pushed away. Those less inclined towards human rights will never be convinced in the absence of a well informed debate. However, on university campuses and elsewhere these opinions are often shouted down from ivory towers instead of overcome by calm and considered discourse.

Therefore, it is my hope not only that these recommendations will be followed, but that Parliamentarians will advance these ideas and their justifications in the marketplace of ideas that pushes and pulls on public opinion. Maybe then we can open some ears and some minds.