The Age of Disillusionment: Do Tweets Speak Louder Than Words? 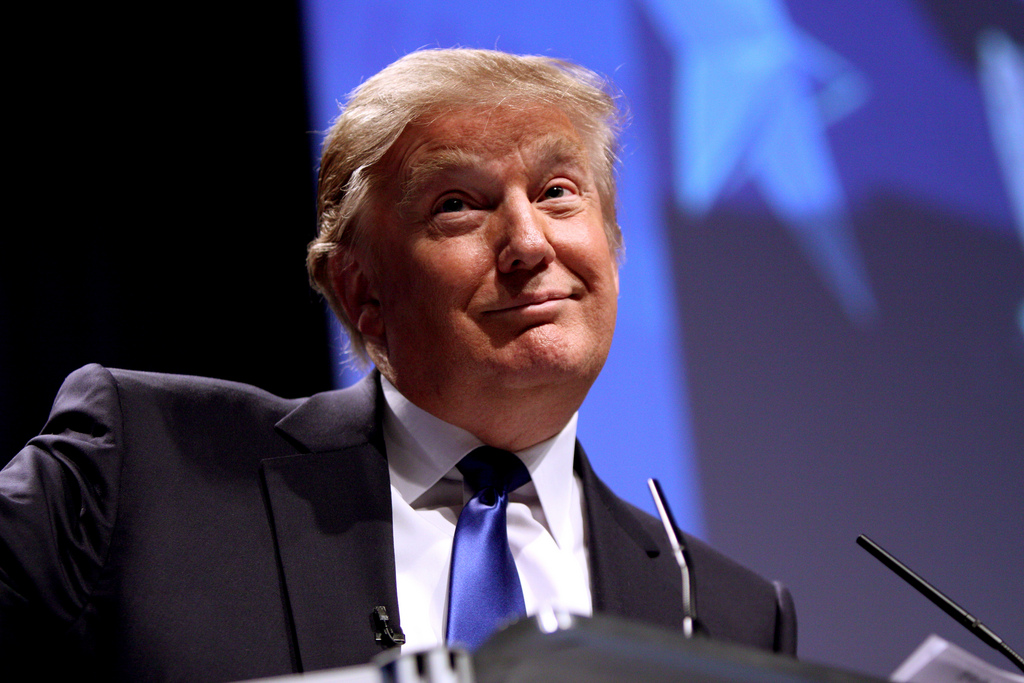 In the run up to the inauguration, President-Elect Trump has openly threatened the Japanese Toyota industry in Mexico, aborted Boeing’s plans for developing its new generation of Air Force One presidential carrier, and mocked the CIA regarding the Russian Hacking of the November 2016 Presidential election. His “weapon of choice forged for him […] in the furnace of the new technology is Twitter.”

Surprisingly, the new self-proclaimed master of Twitter politics is not the first world leader to hit send. It was President Obama who made ‘digital history’ six years ago, when he became the first President to tweet his arrival at the headquarters of the American Red Cross following the 2010 Haiti earthquake. From this moment on, @BarackObama became an important channel for disseminating political messages to the American public. Aside from the historical significance of a President stepping onto the digital age, it is important to note that Obama was not stepping alone. The account was managed by Obama’s team, meaning the President did not physically post all the items himself. As one might suspect, commanders-in-chief are restrained from going ‘all out’ on social media platforms including Facebook and Twitter due to security issues and obvious time constraints arising from their heavy schedules. After all, Presidents should have little time to tweet.

All of this changed however, when the President-Elect more or less ran his presidential campaign from his Twitter platform, @realDonaldTrump, accruing more than 20 million followers. With Hilary Clinton following suit, Twitter morphed from a social media site to a political battleground, playing  host to the world’s first nationwide Twitter election as a staggering 44% of Americans followed the election through social media, rather than newspapers. A distinction is Mr. Trump’s mastery of Twitter which no presidential candidate has ever had. The difference was that unlike the Clinton campaign which operated like a machine and became  its own massive brand, Trump would not consult his advisors or campaign managers before hitting send. As a result, Trump successfully managed to turn a 140-character task that other candidates farm out to their young staff members into the center-piece of his campaign. By replacing conventional methods of political communication, Trump bridged the distance between himself and his audience, which allowed him to connect with the American people in a direct, authentic and real way, in a style unique among U.S. Presidents. The immediacy of his tweets and the proximity between him and his supporters translated into a new form of political transparency. Beyond the words themselves, his tweets give the impression that it is him who is writing and those reading believe it’s actually coming from him.

Having said that, it is not entirely clear if all tweets originate directly from Trump or whether some are produced from ‘within his team’. Monitoring revealed that @realDonaldTrump was active on two separate devices, which could mean two separate authors: someone on his campaign staff is tweeting from an iPhone, and the billionaire himself is tweeting from his Samsung Galaxy.  So, how can we tell which @realDonaldTrump is real?

Tweets sent at early hours of the morning between 3 and 5am and late at night, were seen as coming from Trump’s android whereas those sent throughout the day were dispatched from an iPhone during staff working hours. Moreover, iPhone Tweets were 38 times more likely to contains pictures or links for announcing rallies or events. The most significant, however, was the difference in nature of the message content. Android Tweets incorporated “40 to 80 percent more words related to disgust, sadness, fear, anger and other negative sentiments” than did iPhone messages.

The question remains as to whether behind ‘thoughtless’ tweets lies a thoughtful strategy. In other words, is there a method to Mr Trump’s Twitter madness? First off, Trump’s technique is far from uncalculated. In fact, it displays a clear understanding of his opponent’s weaknesses. Trump capitalizes on the limitations and restraint of the traditional news structures: as Kevin Madden, GOP communications strategist in Washington stated, “The sheer volume of activity and coverage around him works to his advantage […]. Trump understands one important dynamic: In a world where there is a wealth of information, there is always a poverty of attention.” News producers are ultimately constrained by a finite amount of ink and airtime – they are constrained by choice on what to cover and what to ignore. Trump, on the other hand, can off-load as much verbiage as he wishes – one minute he is thinking something, which is unleashed the next minute into the ‘Twitter arena’ for the world to see and respond to. They read like the unfiltered, disconnected thoughts of someone for whom patience is an ugly word. Louise Sunshine, a Trump organization executive for the past 15 years, describes this as a ‘style’ he has mastered over the years. She says, “He creates chaos in order to get where he wants to go […]. His style is to throw all the cards up in the air and let them land.” From unleashing chaos, “usually comes something good for him”.

However, in the virtual world of political tweet-offs, there are some very real consequences. The problem is that in channeling politics and diplomacy through informal structures, formal politics will inevitably take on some of Twitter’s informal logic. In other words, as Associated Press political editor Liz Sidoti puts it, “When everything is in 140 characters, it gives a skewed version of reality, and that impacts […] what reporters think is important.” Condensing reality into 140 characters necessarily implicates a selection process; projecting one version of reality over another. The word limit inevitably results in over-simplifying information which is often complex and multidimensional; dangerously altering the way in which news is delivered and perceived by its audience. In its lack of attention for detail, over-accessibility of the news consequently lowers the franchise of information. News becomes immediate and available but also becomes sloppy.

The result, or the trade-off, is closer proximity between state and society at the expense of formality which traditionally mediated between actors. The indiscriminate access and opportunity offered by social media platforms and its many perceived advantages may also lead to the decay of political integrity and professionalism which relies on there being some distance between politicians and the public. Twitter alleviates the need and may even undermine the role of professional and reliable sources to mediate information within and across societies and their governments. “Now with Twitter, you can make your own news and put it up on your Twitter feed.”  Anything can be said and anyone can say it. As a BBC correspondent puts it, “You always have to say something, even if you say the opposite the next day. On Twitter, who cares?” But in the world of politics, words matter.

Not only are “heads of big American companies […] being confronted by a leader willing to call them out directly and publicly for his [own] […] political aims,” but Trump’s tweets also have a tangible impact on them. For instance, after Mr.Trump threatened to impose a ‘big-border tax’ on Toyota if it built a new plant in Mexico, shares in Japan’s auto-industry including Toyota fell in trading on the Tokyo Stock Exchange. Furthermore, Mr. Trump’s flagging of Boeing’s Air Force One which he said would cost taxpayers $4bn resulted in Boeing experiencing ‘[an] immediate dent in its share prices’.

Trump brought in the new year like a bull in a China shop. He responded to Pyongyang’s announcement of developing a missile with a target range reaching the U.S., by tweeting “It won’t happen”. He then jumped from North Korea to China, condemning its apparent lack of action in reigning in its nuclear-armed neighbour, tweeting “China has been taking out massive amounts of money […] from U.S. […] but won’t help with NK. Nice!” In response, China has reportedly told Trump to stop tweeting, in an apparent effort to put an end to the ‘war of words’. Xinhua News, China’s official news agency, stated that “a ‘Twitter diplomacy’ is undesirable.” Following his carelessness in jeopardizing U.S.’s long-standing support for ‘One China’ policy by taking a call from the Taiwanese President shortly after the election, the Chinese compared Trump’s ignorance to that of “a child in foreign policy“. In addition, Trump’s tweets have not only exacerbated resentment in the international sphere, but have also created tension at home. Trump recently undermined the U.S. national intelligence by discounting their findings on Russian cyberattacks against Hilary Clinton which worked in his favor. Twitter has also become the site of political affiliations and affinities. It is the place not only for condemnation of Trump’s foes, but also where he praises his allies – as seen for instance in his expressed admiration for Russian leader Vladimir Putin, and Putin’s own favorable appraisal of Trump.

Through Trump, Twitter has been transformed into an area for foreign policy, political condemnation and rapprochement. Although Twitter provides Trump with a direct pipeline to the American people where he is able to speak directly to them, in practice, it also distorts the political structures, through which the U.S. governs its relations, both at home and abroad.  As voiced in the words of Senator Schumer, America cannot afford a ‘Twitter Presidency’ because ‘real challenges’ require ‘real solutions’ which a mere Tweet cannot provide.

Twitter is opening the gateway to a new arena of politics, where news is immediate, unfiltered, and often distorted. Trump has demonstrated the extent to which one man can address an entire nation without the interference of established structures that usually surround the President, and which keep ‘the office’ in check and in-line with existing and defined agreements and positions painstakingly achieved. Even when it comes to traditional media, “Trump still prefers tweets over contact with the press – a policy he tweeted out of course” His reason being that “If the press would cover me accurately & honorably,” he “would have far less reason to ‘Tweet’.”

Our role here is crucial. All of these tweets would be for nothing if they weren’t being validated by us, the audience. But is it not this comfort and familiarity with social media which blind us from its alienating effect on real politics? Has social media become so deeply embedded in our own mechanisms of receiving and processing information, that we are no longer able to distinguish facts?  Have we all been complicit in the phenomenon that is ‘fake news’? We may have been unwillingly but unknowingly encouraging an adept like Mr. Trump, who epitomizes the culture of impulse, accessibility, and subjectivity, and ignores that of caution, rationality, and professionalism.

As demonstrated by his Twitter past, Mr. Trump knows that he is only ever a few characters away from tapping into the collective consciousness and creating chaos wherever he wishes. Perhaps the time has come for us to take a step back, to recognize that proximity to our government through social media does not necessarily mean greater democracy. After all, this proximity could threaten other democratic actors, including major media outlets despite controvery, which possess the power and leverage to pressure and challenge our governments. And this is perhaps what America and the world fear the most, Trump’s unique ability to circumvent the major media, making him a one-man super power.