Ahmed Davutoglu and the Transformation of Turkish Foreign Policy 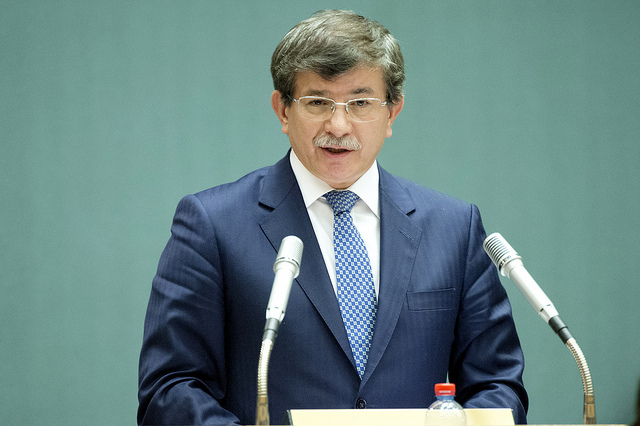 The recent terrorist attacks committed in Istanbul and in Ankara and the downing of a Russian fighter jet on Turkey’s Syrian border have heightened attention to the foreign policy decisions that motivate and led to Turkey’s involvement in the quagmire of conflict to its south. With a seemingly endless cast of characters involved in the Syrian Civil War it may not be surprising to the casual observer of the international news that Turkey is one such protagonist. However past conflagrations on or near the its border, such as those following the breakup of Yugoslavia in the 1990s, never aroused the kind of muscular military response that characterizes current Turkish foreign policy.[1] Investigating the origins of Turkey’s traditionally cautious approach to foreign policy and its sudden transformation under the recent governance of the AKP deserves attention in order to discern the future course of its strategic role in the Middle East. 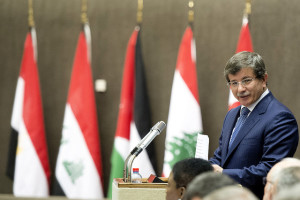 The circumstances under which the modern Turkish Republic was created exerted an important influence on the country’s foreign policy makers for decades thereafter. The Treaty of Sèvres, which abolished the Ottoman Empire, not only divided the Empire’s Middle Eastern and North African territories into European protectorates, but also the Anatolian peninsula. The division of their heartland was a traumatic experience for the Anatolian Turks people and precipitated the War of Independence led by the founder of the Turkish Republic Mustafa Kemal. Although victorious, the legacy of Sèvres conditioned Turkish foreign policy to proceed with caution, prize territorial integrity, and look distrustfully upon its neighbors, especially the Greeks (Aydin, 312).

Turkey’s geopolitical position between the East and West has also acted as a structural determinant of its foreign policy. The Turkish Republic occupies the land bridge between Asia and the Middle East and Europe, making its geopolitical position one of great importance because it has been a channel for migration, invasions, as well as trade (Aydin, 315). While mountains protect eastern Anatolia and the sea protects western Anatolia, European Turkey and the Straits are particularly difficult to defend; for this reason the Turkish First Army is stationed in the surrounding area (Aydin, 315). Turkey’s control of the Straits also led to tensions the Soviet Union, which led to closer ties with the United States in order to counterbalance this Cold War threat (Aydin, 317). In sum, that Turkey borders so many countries creates the potential for threats on multiple fronts and in turn led the country’s foreign policy makers wary of their neighbors intentions.

The War of Independence also marked the rise of Mustafa Kemal as head of the new Turkish state. Kemal exerted a profound influence on Turkish history and its foreign policy moreover. His Western orientation, manifest in the European models of his many reforms such as universal education and secularization, has in large part driven Turkey’s attempts to join the European Union and its various defense pacts with Western nations. The Kemalist foreign policy principles can summarized as “the establishment and preservation of a national state with complete independence conditioned by modern Turkish nationalism; promotion of Turkey to the level of contemporary civilization, and attachment to a realist approach in foreign policy actions,” (Aydin, 318).

The systemic change caused by the fall and break up of the Soviet Union has also acted as a structural determinant of Turkish foreign policy. Turkey was a critical member of NATO and played an important role in stemming the Soviet Unions ambitions in the Middle East. The fall of the USSR thus had profound consequences for Turkey’s foreign policy outlook. This systemic change unleashed potent ethnic tensions that manifested themselves in the crises of the Balkans. Conflicts in the Balkans, the Caucuses, and the Middle East have all conditioned Turkish foreign policy makers to be wary of involvement in conflicts that do not constitute sharp threats (Aydin, 323). The fall of the USSR also presented Turkey with the opportunity to exert influence and extend ties to the Central Asian Turkic Republics, although Turkey’s ability to do so has been limited by its own domestic issues.

If Kemalist foreign policy can be characterized for its Western orientation, its realism, and its caution, then the AKP’s foreign policy under the vision of Ahmet Davutoglu can be seen as a radical departure from this historical legacy. Although the AKP initially pursued close ties with Europe under the leadership of Abdullah Gull, the rise in the political fortunes of Davultoglu since Gull has made him the defining figure of AKP foreign policy.

Davutoglu’s foreign policy vision is grounded early 20th century Western geopolitical thought, subscribing to the view that Turkey’s geopolitical interests cannot be limited solely to its own borders, (as was the view of the Kemalists), and must instead focus on establishing a sphere of influence and a ‘hinterland’ (Ozkan, 123). Instead of seeing Turkey’s geopolitical vulnerabilities as cause for restraint, Davutoglu instead insists that Turkey should try to gain dominance in the surrounding regions through an aggressive foreign policy (Ozkan, 124). His vision also has a pan-Islamist element, seeing the political borders of the Middle East as historical errors (Ozkan, 125). Additionally, his pan-Islamism has led to the rejection of the Kemalist’s Western oriented foreign policy in favor of one that connects Turkey to its Muslim counterparts. 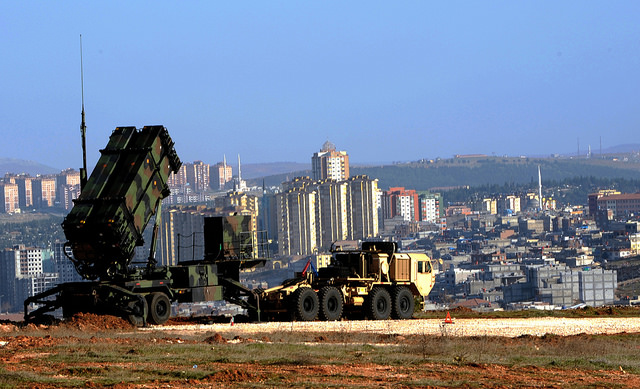 Davutoglu’s ideological vision of pan-Islamism manifested itself in improved ties with the Middle East, but was exposed for its contradictions and errors in the wake of the Arab Spring. Before becoming foreign minister, Davutoglu’s main foreign policy accomplishment was in establishing greater trade and visa-free travel with many Middle Eastern countries. Despite Turkey’s long democratic history and the Kemalist tradition of Western orientation, the AKP elite initially embraced their authoritarian neighbors in the Middle East (Ozkan, 132-33). However, upon the outbreak of protests in the Middle East and the ouster of Ben Ali and Mubarak, the AKP threw its support behind the Islamist parties that emerged their wake (Ozkan, 134). It also backed many Sunni rebel groups in Syria despite some of those groups’ ties to Al Qaeda.

The AKP foreign policy in Syria constituted a major departure from the caution of Kemalist foreign policy because it brought Turkey into a messy proxy war that has in turned spawned a massive refugee crisis, a bloodthirsty terrorist state on its border, and raised the prospects of a Kurdish state in Northern Iraq. The Syrian Civil War ultimately led to the involvement of Russia on the side of Assad, which in turn resulted in repeated violations of Turkish airspace by Russian fighter planes. Turkey’s downing of a Russian jet in recent weeks has sparked a collapse in relations between Russia and Turkey, which will have major economic implications due to Turkey’s reliance of Russian natural gas and close trade and tourism ties.[4] This ties back to the long history of disputes between the Turks and the Russians. Interestingly, Turkey’s AKP-led involvement in Syria may seems to justify Kemalism’s caution and aversion to involvement in regional and especially Middle Eastern conflicts. However the prospects of the AKP recalibrating its foreign policy are low seeing as it now appears that Turkish troops are involved in combat operations in Iraq near Mosul.[5] The Arab Spring highlighted the limitations of Turkey’s ability to dictate the course of events in the Middle East in line with Davutoglu’s pan-Islamist vision. Turkey’s continued involvement in Syria jeopardizes its territorial integrity, domestic developmental considerations, and containment of Kurdish nationalism; all factors that Kemalism valued.