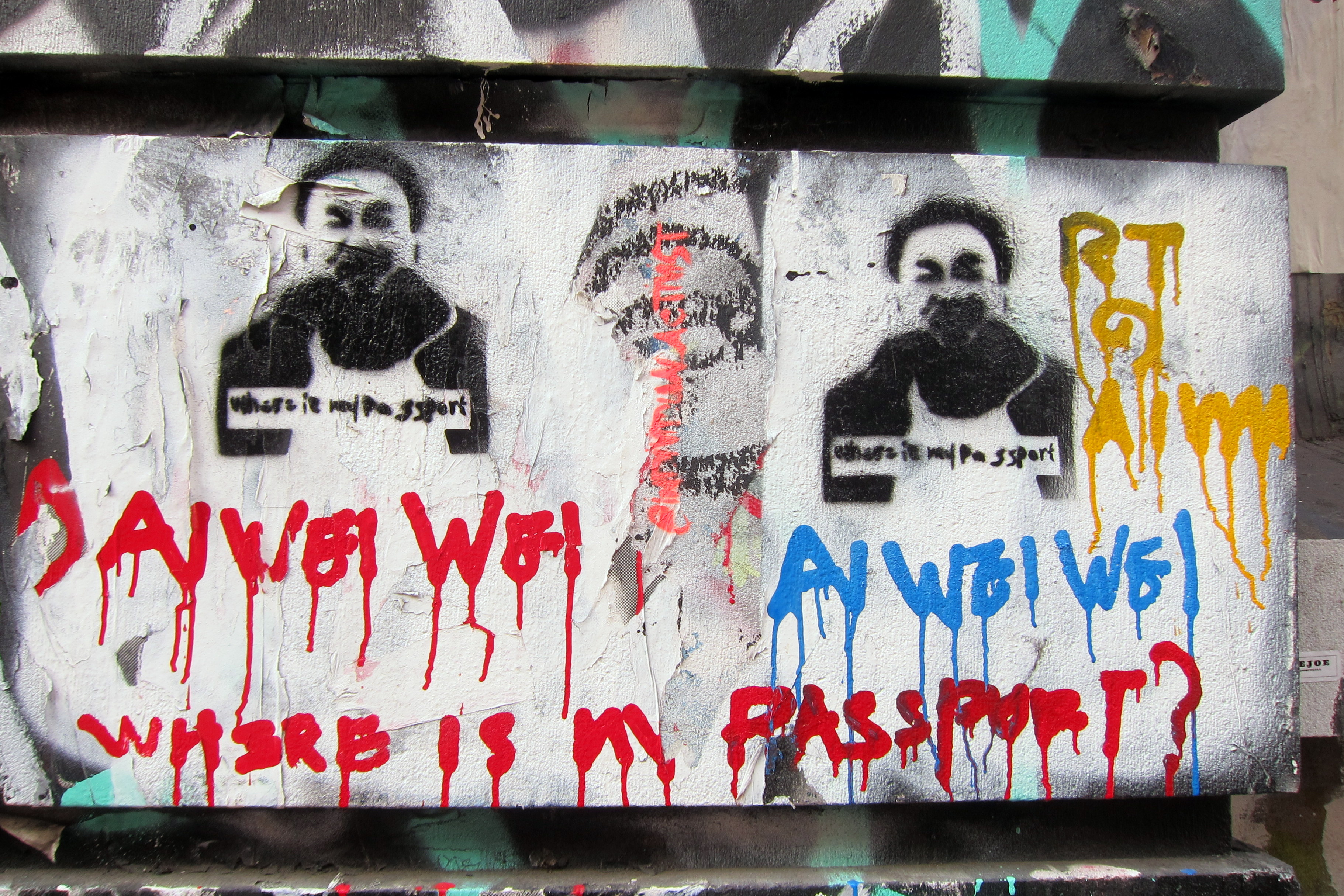 Human rights advocate and renowned Chinese artist Ai Weiwei has not only taken the contemporary art movement by storm but has guided international discourse on the implications of Chinese and American politics. Ai Weiwei was born in the heat of the Cultural Revolution into a harsh labour-intensive environment but was later a student and resident of New York in the 1980s, holding a bilateral perception and insight of the political affairs each country has fostered. Ai has never been one to back down in voicing his opinion, condemning the Chinese government and the Communist Party Congress on its lack of free speech and democracy. Situated right outside his studio, his art piece Surveillance Camera with Plinth displays his dissent toward repressive government behaviour and a resentful relationship between the Chinese government and its people. Ai states, “I don’t see myself as a dissident artist, I see them as a dissident government”. His artwork has always been politically symbolic, controversial, and critical of current socio-political events.

Most recently, Ai’s art installations in the heart of New York City comes in light of Trump’s contentious immigration policies. Trump’s “hard-line immigration policies” calls for the deportation of 800,000 “Dreamers”, restriction of asylum seekers, de-funding of “sanctuary cities”, and an infamous wall at the Mexican-American border. As a response, Ai’s Good Fences Make Good Neighbours features hundreds of portrait banners that highlight the refugee crisis and three large gate-like cages with hollowed-out walkways or border-like structures. These displays are featured within famous landmarks around New York City – a city symbolic for its aspirations for a better pluralistic future, now juxtaposed with a growing resentment and divide of the American dream.

In reference to Trump’s Mexican-American relations and border reform, his artwork displays the ideas of anti-immigrant sentiment, exclusionary nationalism, and a social responsibility for the guarantee of human rights and freedom. Though his artwork is often subject to controversy, public response has been receptive and eye-opening, creating a new platform for dialogue. In his interview with W Magazine, Ai states that “the function of art is not about right or wrong, but rather to offer an opportunity for people to make judgment, so we cannot censor from institutions like this.”  Ai Weiwei’s method of political advocacy displays how a voice of change can be projected through many different avenues. He showcases not only artistic creativity but an international calling for openness and democracy.