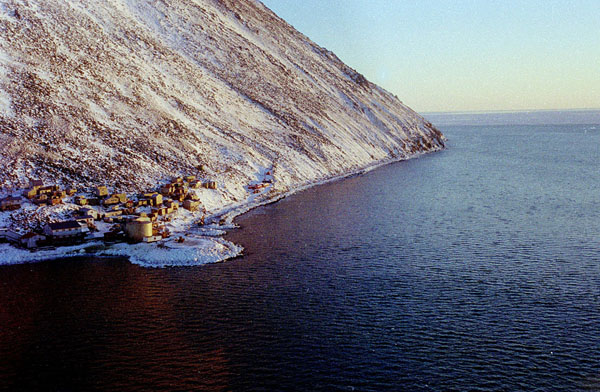 Most Americans, and people worldwide for that matter, probably don’t know much about Alaska beyond what they might see in sensational reality shows such as Deadliest Catch or Ice Road Truckers. If they have been to Alaska, in all likelihood it was as a tourist on a cruise ship, visiting only the tourist-trap sections of towns on the Southern coast. When they have heard about Alaska, it is most likely in the form of jokes about being able to “see Russia from your house” or that it is “completely light or dark for months at a time”. While these stereotypes may be true in some cases, the fact is that they do not reflect Alaska as a whole.

In reality, Alaska is a state under threat. It is a front line for the Earth’s changing climate, and certain communities are already planning to relocate or dissolve due to erosion and melting ice. It has abnormally high rates of addiction, poverty and violent crime. In addition, and perhaps most immediately, massive budget cuts proposed by Republican Governor Mike Dunleavy threaten to upend the lives of Alaskans, especially Alaska Natives and others who live in the remote, rural regions of the state.

The scale of these cuts is comparable to those instituted in Kansas by then Governor Sam Brownback in 2012, but it is worth noting that the origin of those cuts was very different: Brownback was initiating an “experiment” in dramatically reducing taxes and government spending, emulating the ideas of Ronald Reagan and the American conservative movement. Brownback’s cuts are today usually described as a failure, but that is an aticle for another day. Dunleavy’s cuts come not entirely from a place of conservative ideology, but from financial destitution. The projected budget deficit for this year was $1,800,000,000. This figure has been steadily increasing since the fall of oil prices in 2014, a problem also affecting the finances of other oil-producing states such as Oklahoma and Louisiana.

The scope of the cuts is enormous. Almost every aspect of state government services will be affected in a state where citizens depend on state and federal services for fundamentals of their lives, especially when residing in remote communities. To put this in perspective, Alaska spends an average of $14,000 each year on each Alaskan. Most states spend less than $7,000 on average per resident.

Perhaps the most dramatic budget cut is proposed for the Department of Health and Social Services, one of the largest institutions of the state government and among the most comprehensive. In a state with some of the highest per capita rates of alcoholism, depression and sexual assault, social work is key in holding communities together. In terms of health services, the state must deal not only with the trials of supplying hospitals far from cities, but also with the health problems and risks that come from residing in remote areas, such as rare diseases like botulism, travel accidents, and all the dangers of the untamed natural world. Despite the crucial nature of this Department, the cut proposed is $780,000,000. That’s 24% of the Department’s funding prior to Dunleavy’s amended budget. The Governor has pledged not to take Medicaid coverage away from any Alaskans- even the 48,000 covered by the Medicaid expansion of his predecessor, Democrat Bill Walker- but there will be major cuts to Medicaid spending across the board. The state will apply $714,000,000 less in Medicaid spending, although it is worth noting that this is a combination of state and federal money. This will mean about 30% less health insurance will reach Alaskans.

Also presenting major concerns and drawing the ire of the public are the proposed cuts to education. If Dunleavy’s cuts go through as proposed, the budget of the University of Alaska system will be cut by 40 percent. That represents the entire budget for the system’s largest university by student body, the University of Alaska Anchorage. The cut to the university system is expected to close certain rural campuses and cause program cuts and layoffs from the three major campuses. Funding will be cut for public schools as well. The Department of Education will lose $310,000,000 of it’s $1,300,000,000 budget. Estimates say that the average school district in Alaska will lose one-fifth of its entire operating budget.

Other state services will feel the budget axe of Dunleavy as well. The Alaska Marine Highway, which provides passenger transportation to communities only accessible by sea and air- this is the case for the majority of Alaskan municipalities- is expected to have the vast majority of its state funding severed. Governor Dunleavy has gone as far as to propose that the Marine Highway be privatized completely. In addition, the budget proposes to cut all state funding to public media. These media outlets usually provide the only source of news and important safety information to rural Alaskan communities, and received a large portion of their funding from the state- until now.

Rural communities (in which a large proportion of Alaska Native residents live) will be disproportionately affected by these budget cuts. For small school systems, the loss of even a single staff member can make education in the community deficient. Cut completely is the Village Public Safety Officer program, which, like public media, is a relatively minor cost in the scheme of state funding but deemed unnecessary by Governor Dunleavy. The program is far from unnecessary to rural Alaskans, especially Native communities, because Village Public Safety Officers are often the sole law enforcement agent for a wide area at any given time. In a state where domestic violence and sexual assault rates are among the highest in the country, this cut in particular will be dangerous.

Needless to say, Dunleavy’s cuts have not gone over well with Alaskans or with their representatives in the Alaska legislature. Conflict over the cuts led to gridlock in the state House over the election of a leader. Bryce Edgmon finally formed a coalition in mid-February after renouncing his membership in the Democratic Party, and became the leader of the House in a defeat for Republicans. The legislature is expected to soften the blow of some of the cuts, but it seems most of them will go through for 2020.

Many are now seeking a solution for Alaska- a state with a struggling economy, on the front line of climate change, and with a population (of which Natives form a large and essential proportion) removed from the rest of the United States by hazardous terrain and great distance. In the near future, plans may be made to draw funding from the state’s oil reserves, the similarly reserved Permanent Fund, or from new taxes. For now however, budget cuts are going to completely change the lives of Alaskans- especially those from rural and Native communities, where state services are a crucial part of day-by-day survival.